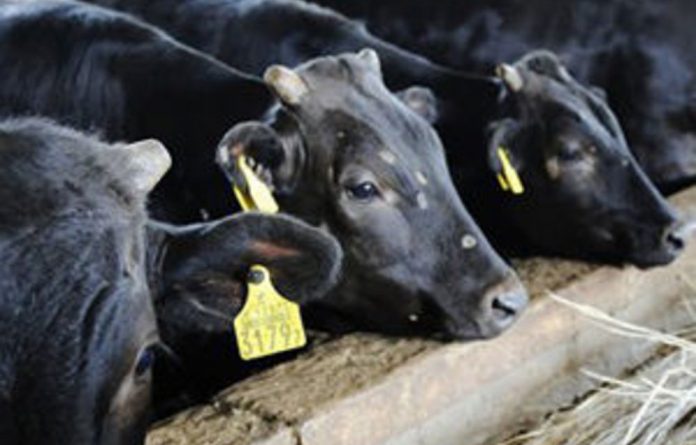 Japan’s government said it will suspend all shipments of beef cattle from Fukushima prefecture after discovering that cattle had been shipped nationwide from the area after eating contaminated feed that exceeded radiation safety standards.

More than 500 cattle that ate straw containing radioactive cesium have been shipped to other parts of Japan, initial inspections of the area’s farms have shown, and some of the meat has been sold on to consumers.

The government is still conducting tests to determine whether the meat itself was contaminated.

“The government is doing its utmost to grasp where the meat from affected cows has been shipped and, when such meat is found, is conducting tests,” chief Cabinet secretary Yukio Edano said in a press conference.

He said the government will test all beef cattle from evacuation areas around the Fukushima Daiichi nuclear power plant for radiation as well as inspecting all farms in the prefecture, Edano said.

Farms will be allowed to ship beef if they clear safety standards in the government tests, he said.

All prefectures will be asked to look into whether farms have fed contaminated feed to their cows and inspections will be stepped up, Agriculture Minister Michihiko Kano said.

The feed contamination news sparked selling in stocks of meat companies in Tuesday trading, with Nippon Meat Packers losing 4.2% to ¥1 082 and Itoham Foods dropping 3% to ¥321.

Experts said the health implications for consumers were not immediately clear.

“Although there are many studies regarding the effects of consuming radioactive food among humans, there are no substantial studies of this regarding cattle in Japan,” said Akira Otsuyama, associate professor at the University of Occupational and Environmental Health, Japan.

“Because cattle have a completely different digestive system and slower digestion than human beings, it is highly likely that they take in radioactive substances at a slower rate.”

The Fukushima government, which has already checked more than 33 000 beef cattle, plans to inspect all of the prefecture’s 4 000 cattle farms by August 3. – Reuters