Space shuttle disappears in a puff of cigar smoke 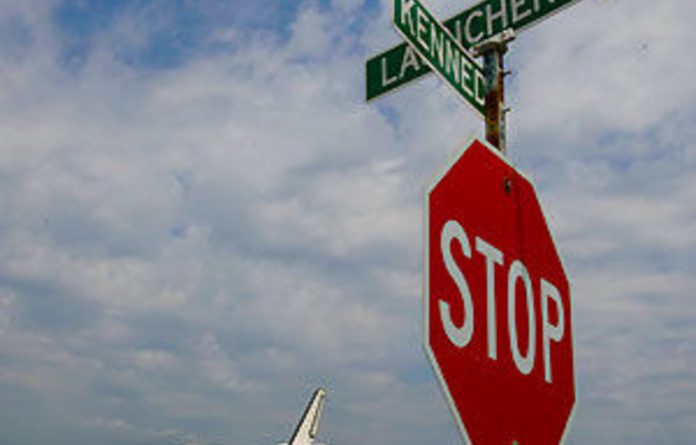 Cigars were passed around, flowers brightened desktops and pictures were snapped from all angles as Nasa employees hugged, laughed and cried after the shuttle Atlantis landed one final time.

Astronauts and space agency chiefs circled the orbiter as it rested on the runway, gazing at the vessel as it bathed in the morning sunlight at Kennedy Space Centre after a flawless landing Thursday at 5.57am (9.57am GMT).

“Flying in space is a real dream,” said commander Chris Ferguson, who addressed reporters after becoming the last person to climb out of the shuttle before it transitions from complex flying machine to museum piece.

“Although we got to take the ride, we sure hope that everybody who has ever worked on or touched or looked at or envied or admired a space shuttle was able to take just a little part of the journey with us,” he said, flanked by his crewmates Doug Hurley, Sandy Magnus and Rex Walheim.

The landing marked the end of an era for the 30-year shuttle program which made low-Earth orbit a commonplace destination for US and international astronauts, launched the Hubble Space Telescope and helped construct the International Space Station.

No rush
Nasa has pledged to continue to send astronauts to the International Space Station (ISS) for the next few years, albeit aboard Russia’s Soyuz space capsules at a cost of up to $60-million per seat.

Only a few US astronauts per year are scheduled to fly to the ISS before 2015.

By then, Nasa hopes that private industry will have come up with a capsule that can tote astronauts and cargo to the ISS, while the space agency focuses on its first manned deep space mission.

President Barack Obama, who axed the Constellation program that would have returned astronauts to the moon, has instead ordered the agency to funnel its energy and cash into sending people to an asteroid by 2025 and Mars by 2030.

New horizons
Budget constraints and the need to set sights on new horizons have necessitated the end of the longtime centrepiece of American spaceflight, which cost an average of $500-million per mission since it first launched in 1981.

“You can’t continue to do the same things and expect to do something else that is better. You have to have change,” said Bob Cabana, Kennedy Centre director.

“In the austere budget times that we have, we cannot afford to continue to fly the space shuttle and still work on those future programs.”

At Kennedy Space Centre, and also at mission control in Houston, employees were joyful and nostalgic as they made the rounds and congratulated one another on decades of leadership in spaceflight.

“Out on the runway I found myself, as I did with Discovery and Endeavour, taking in the beauty of the vehicle, standing back and taking pictures and taking pictures of the workers and them asking for a picture with me,” said Mike Leinbach, space shuttle launch director.

Tears of joy
“It was a family event out there today,” he added. “I saw grown men and grown women crying today, tears of joy to be sure.”

Leinbach said that while the workforce is reeling from the thousands of job losses that come with the end of the shuttle program, they have known it was coming for several years and had plenty of time to work through the stages of denial, anger, exploration and acceptance.

“We have accepted the fact that it is over, and I believe the workforce has handled that change well,” he said.

“I heard nothing but pride out on the runway today as I talked to people between hugs and pats on the back,” Leinbach said.

“People are proud that they have been part of this amazing program, this amazing bit of history. No one can ever take that away from us.

“This is the end of the program. People will move on and do well. It is important but it is not the end of the world. The sun will rise again tomorrow.” — Sapa-AFP

Analysis of Nasa data shows that although SO₂ emissions around the world have fallen by about 6%, the levels are high enough to harm the health of billions of people.
Read more
Environment

YouTube has driven millions of viewers to climate denial videos, a US activist group said on Thursday as it called for stopping "free promotion...
Read more
Sci-tech

The spaceship was to collect 900 images over the course of a few seconds as it shaved by. Even clearer images should arrive over the next three days
Read more
Opinion

With today's rocket technology, it would take an astronaut up to nine months to reach Mars
Read more
Advertising