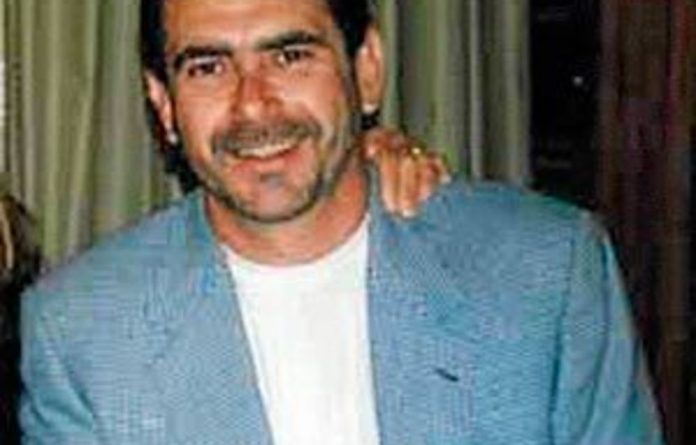 Developments in the case of Cuban-born fugitive Nelson Yester-Garrido, who was arrested in March on cocaine trafficking charges, have raised questions about the high-profile murder of Johannesburg businessman Chris Couremetis.

Couremetis, known in Johannesburg underworld circles as “Mr Cocaine”, was shot and killed by two men armed with an AK-47 and a 9mm handgun on October 10 last year as he was leaving a wedding reception at The Cradle Restaurant in Muldersdrift.

The alleged hit happened two months after the Hawks received a tip-off about a shipment of cocaine arriving at the port of Ngqura near Port Elizabeth. The police seized more than 166kg of cocaine hidden in the metal pillars of a container transporting used cooking oil.

At the time several intelligence sources told the Mail & Guardian that Couremetis was suspected by some of his unnamed partners of having orchestrated the bust in the hopes of recovering part of the cocaine secretly.

Yester-Garrido was arrested at his Sandton home in March on charges of drug trafficking in connection with the Eastern Cape cocaine bust. He did not apply for bail and was due back in the Motherwell Magistrate’s Court on July 22.

Now the M&G has learned that the police have brought a separate charge against Yester-Garrido for the possession of an illegal firearm. Police have confirmed that a gun found in Yester-Garrido’s possession belonged to Couremetis.

Yester-Garrido appeared in the Alexandra Magistrate’s Court in Johannesburg on July 12 after ballistic tests showed that the Desert Eagle pistol, licensed to Couremetis, was still in a working condition.

The M&G understands that although there is no evidence linking Yester-Garrido to Couremetis’s murder, the police have confirmed that the two were acquaintances.

Police sources involved in both the Couremetis murder and the drug bust investigations told the M&G that the two cases were “definitely” linked and that several of Couremetis’s former underworld associates “overlap” in these cases.

“We can’t divorce the murder from the cocaine bust. We have made the links,” a source told the M&G.

Police sources told the M&G that Bhappi was also at the wedding where Couremetis was shot. He allegedly “ran away” after the murder.

The M&G has previously revealed that intelligence sources linked Czech fugitive and fraud accused Radovan Krejcir and one of his business partners to Couremetis, but not to his murder.

At the time of his arrest Yester-Garrido denied being involved in “any illegal activity anywhere in the world”. But he is no stranger to law enforcement and is wanted in the United States on suspicion of trafficking large quantities of cocaine in the 1990s and negotiating to buy a Soviet-era submarine for a Colombian drug cartel. Yester-Garrido first arrived in South Africa in 1997, after he fled the US.

In 2007 the M&G exposed his presence in the network surrounding Glenn Agliotti, which links a number of Agliotti’s associates and former associates to the drug trade.

Meanwhile, the police are still investigating whether a break-in at the Port Elizabeth police forensics laboratory in January is linked to the cocaine’s seizure, which took place last August.

Police member Sergeant Tando Tshazibana and five other suspects were arrested for their alleged involvement in the break-in.

The robbers held the security guards hostage and disarmed the alarm system to gain entry to the police laboratory. They reportedly made their way to the section where testing is carried out on drugs, firearms and DNA.

Tshazibana, who is facing charges of conspiracy to commit armed robbery and the “unlawful disclosure of information concerning a prohibited place”, is out on bail while the police’s investigation continues.