Malawi takes it down a notch, says ‘hero’ funeral can go ahead 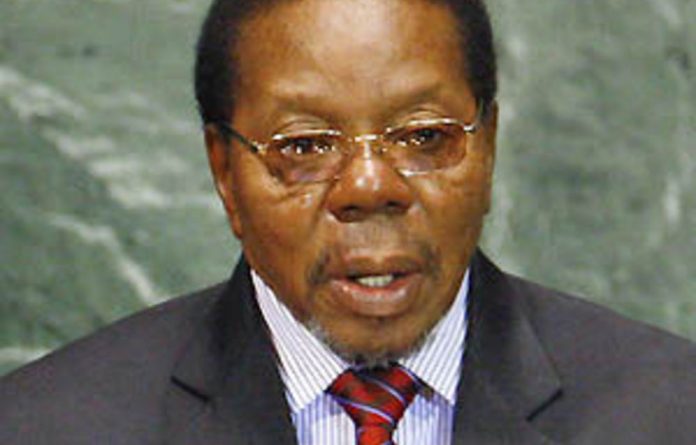 Authorities in Malawi have relented on a mass funeral for eight people killed during anti-government riots in the town of Mzuzu, after thousands of mourners had gathered for the burial.

Eighteen people died during two days of demonstrations and rioting across the impoverished nation, the health ministry said. The government’s violent response to the protests drew stern international condemnation.

Police said 275 people were arrested, mostly in the capital Lilongwe, where soldiers patrolled the mostly empty streets on Friday.

Mourners had gathered early on Friday morning at the mortuary in Mzuzu, in northern Malawi, to transport seven bodies to the Zolozolo cemetery, when authorities put a stop to the funeral.

Moses Mkandawire, director of the Church and Society rights group, said that authorities had wanted the burials to take place individually in each person’s home village.

“Under pressure and commotion, the authorities have allowed us to bury our eight heroes in a mass funeral, while the body of the ninth person will be taken to his home village in Lilongwe,” Mkandawire said.

Change of heart
Authorities relented after police and city councillors met with relatives of the victims and activists. One person who attended the meeting said the government was loath for the burial site to become a shrine to the protesters.

“The government said they should not be buried as heroes, because they were shot while looting and stealing,” he said, speaking on condition of anonymity.

Violence erupted when police tried to block the protests, with police firing tear gas and sometimes live ammunition to break up crowds who looted shops and set homes and vehicles ablaze.

More than 275 people were arrested across Malawi in the deadliest protests since the advent of democracy in 1994, police said.

‘Pure thugs’
Most were arrested for looting in Lilongwe, said police spokesman Davie Chingwalu, calling them “pure thugs” who face charges including malicious damage to property, arson and disturbing the peace.

The killings have raised global condemnation, with Amnesty International calling for “an independent, impartial and thorough investigation into the use of firearms resulting in these killings”.

Mutharika, 77, had earned praise in his first term for ending a famine with popular but expensive fertiliser subsidies.

But last week Britain became the latest donor to cut aid to Malawi over concerns about economic mismanagement and Mutharika’s moves to rein in the media, restrict lawsuits against the government and limit protests.

The United States and the European Union also denounced the violence, with EU foreign policy chief Catherine Ashton urging the president to make good on his promise of dialogue with the opposition.

“The president, while criticising the violence has recognised the need for dialogue with all stakeholders, I strongly encourage this dialogue to start as soon as possible,” Ashton said.

France also voiced its concern at the “unacceptable abuses of the regime” and urged a “return to the path of dialogue”, foreign ministry spokesperson Bernard Valero said.

Half of Malawi’s 13 million people live below the poverty line, according to UN figures.

The government relies on donors to fund about 40% of its budget, but recently passed an austerity budget to compensate for suspended aid. — Sapa-AFP