Desmond Tutu, Israel and US pensions 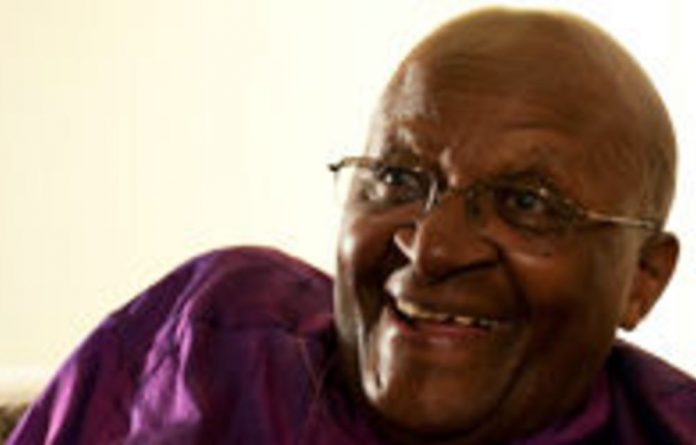 What's the connection between a South African Nobel Peace Prize winner, Israel, and one of America's biggest pension funds? An international campaign for economic, cultural and academic boycotts of Israel and Jewish settlements on the West Bank.

The South African in question is retired Archbishop Desmond Tutu, whose role in the fight against apartheid in the 1980s gained him the Nobel Peace Prize and world-wide fame. The pension fund is the Teachers Insurance and Annuity Association — College Retirement Equities Fund, better known as TIAA-CREF. The connecting link is the Boycott, Divestment and Sanctions campaign, BDS for short, launched by Palestinians in 2005.

In an op-ed article in the Charlotte Observer, timed to coincide with TIAA-CREF's annual shareholders meeting in Charlotte, North Carolina, on July 19, the archbishop rebuked the pension fund for having refused to allow a vote on a resolution questioning its holdings in companies that profit from operating in the West Bank and East Jerusalem.

Tutu drew parallels between BDS and the global wave of divestments, spurred by grassroots activists, which contributed to the collapse of apartheid.

The activists in the TIAA-CREF case belong to Jewish Voice for Peace, a small but growing American group that says the fund had denied its investors the chance "to decide for themselves if they want to retire with the help of Caterpillar D-9 bulldozers to demolish Palestinian homes, Veolia landfills on West Bank lands, and Elbit surveillance systems securing settlements throughout the West Bank and East Jerusalem and on the Separation Wall."

The archbishop's op-ed drew a response that highlights the deep divisions between American Jews critical of Israeli policies and those in unquestioning support. Jeffrey Epstein, a leader of the Jewish community in Charlotte, said in an op-ed in the same newspaper that by lending his moral authority to the BDS campaign, Tutu had aligned himself with Iran, Hamas, Hezbollah "and other enemies of freedom and peace in the Middle East".

The archbishop had allowed himself to be drawn into an effort by Israel's enemies to "delegitimise" the very existence of the state of Israel, Epstein wrote. That view of BDS is shared by Israel's government (and mainstream American Jewish organisations) as well as the Israeli legislators who approved a law making public calls for boycotts a punishable offense.

As counter-productive measures go, the law is in a class by itself. BDS supporters say it will strengthen their movement rather than weaken it.

"It will go down as a galvanising moment," said Rebecca Vilkomerson, executive director of Jewish Voice for Peace. "It is already boosting us." In a conference call with US-based reporters this week, a Palestinian leader of the boycott movement, Omar Barghouti, and an Israeli BDS activist, Ofer Neiman, both thought boycotts would gain momentum internationally.

Wave of condemnation
The expectation is that the movement will be spurred by a wave of condemnation of the law, both in Israel and outside, from a long list of individuals and groups including several that are firmly opposed to boycotts. Much of the criticism echoed a statement by Amnesty International which said the law would have "a chilling effect on freedom of expression in Israel" and was "a blatant attempt to stifle peaceful dissent and campaigning."

Not only that, Amnesty lamented, it was only one of many laws recently passed or being considered which have been criticised by Israeli human rights non-governmental organisations for restricting freedom of expression, the work of Israeli civil society organisations, or the rights of Palestinians.

Britain's Foreign Secretary, William Hague, called the law an "infringement of the freedom of expression." The New York Times, in an editorial, said the law was not befitting a democracy and said no country could be delegitimized if it held true to its democratic principles.

All that did nothing to persuade TIAA-CREF to make changes in its investment portfolio. Neither did a group of shareholding activists led by Vilkomerson who argued their case at the fund's Charlotte meeting. Vilkomerson, in an interview, said the boycott movement has had no major successes in the United States so far. But in Europe, BDS pressure has had results. Both in Sweden and Norway, large pension funds removed Elbit System, an Israeli defence electronics company, from their portfolios.

The reason: the company's involvement in building and operating the separation barrier between Israel and the West Bank in defiance of a 2004 ruling by the International Court of Justice which found the wall "contrary to international law". (The Israeli government points out that suicide bombings have dropped sharply since the barrier went up).

Another success story cited by BDS supporters is an international campaign against the French multinational Veolia Transportation for its involvement in a controversial project to link West Jerusalem and Israeli settlements in the West Bank. The Dutch ASN bank divested itself of Veolia holdings in 2006 and the company later dropped out of the project.

The lack of BDS's success in the United States raises a question: how much impact can a grassroots movement have in a country where neither the administration, nor Congress, nor the majority of the public is inclined to take Israel, America's closest ally in the Middle East, to task for building settlements — illegal under the Fourth Geneva convention — in what would be a Palestinian state. – Reuters