Snowfall brings SA to a standstill 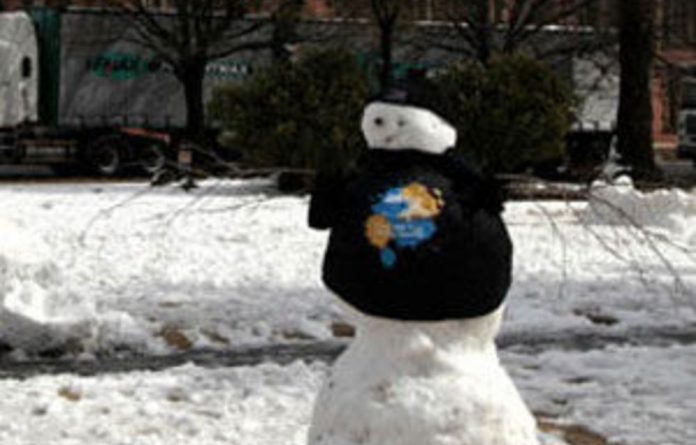 “Over the past 24 hours extremely heavy snowfalls and rain have been experienced across large parts of the country, resulting in the closure of various roads,” Transport Minister Sibusiso Ndebele said in a statement.

A national joint operations committee was set up to “deal with any eventuality on the country’s roads”, he added.

The N3 highway between Johannesburg and KwaZulu-Natal was not accessible for over 200km between Van Reenens Pass and Villiers.

“We are urging road users, particularly those who intend travelling between Johannesburg and Durban, to postpone their trips until the snow subsides and weather conditions improve,” said Ndebele.

No power
The Free State town of Harrismith, a halfway stop between Johannesburg and Durban, was crowded as truck drivers and motorists were brought to a halt.

Petrol stations and stores were running on generators as the town was also hit by an electricity cut.

“There’s no work today. We don’t have power so we are out here to play with the kids,” resident Suzette Brits said.

The northern KwaZulu-Natal town of Newcastle was also covered in snow with roads running into the town closed.

Several parts of the Eastern Cape province were also under snow.

Not so fun
Many pictures of snowmen and snow-covered mountains appeared on social networking and news websites. But local government minister Mlibo Qoboshiyana warned that the weather conditions caused dangerous roads.

“It is snowing heavily and is very dangerous between Ugie and Elliot. Some motorists are already stuck [in the snow].

“People are stuck in their vehicles on the road from Elliot to Indwe, Ngcobo to Cala [and in] Satansnek …

“I appeal to all those using roads to be extra vigilant as roads are wet with the snow … Trees are falling on the roads, availing only one lane for travelling. Travellers should put their plans on hold until roads are cleared,” said Qoboshiyana.

While Harrismith residents frolicked in the snow, the unusual weather brought hardship for nearby shack dwellers in the township of Intabazwe.

“We don’t have a heater, my roof is leaking and my children can get sick because we are not warm at night,” Alina Radebe (35) said.

Radebe and her two children live in a shack made of tin in the township which is home to several hundred families.

She insisted that the council should do more for township residents, when harsh weather struck.

“They should at least give us wood for our stoves. And maybe help us with money.”

Closed roads
Dozens of roads were closed in the province, including the N2 between Kokstad and Mount Ayliff, the Barkly pass on R58 between Elliot and Barkly East and the N10 from Middelburg to Bloemfontein.

KwaZulu-Natal cooperative governance provincial minister Nomusa Dube urged communities to be alert as extreme weather conditions were expected to continue into the night.

“At Sisonke District there is heavy snow in Underberg, Kokstad and between Matatiele and Cedarville,” Dube said in a statement.

Military vehicles were being used to assist people stuck on the road because of frosty conditions.

“The N3 near Ladysmith has been closed to traffic. Two trains are stuck between Newcastle and Standerton. The Air Force has been approached for assistance.”

Animals in danger
Meanwhile, the National Council of the Society for the Prevention of Cruelty to Animals (NSPCA) urged people to be aware of the potential dangers the cold weather conditions posed to domestic, farm and wild animals.

“The NSPCA has been advised that there are already vehicles carrying live animals trapped in areas between road closures and unable to proceed on the journey,” the animal welfare organisation said in a statement.

“Frostbite and pneumonia can develop in animals during extreme cold conditions. Sick, weak or injured animals must be brought under or preferably into shelter. Blankets, sacks or even hay bales can be used as protection for the animals if no other options exist.”

“We expect the snowfall will be ending tonight [Tuesday],” said Mofokeng. — Sapa