After Freud, the camera will rule supreme 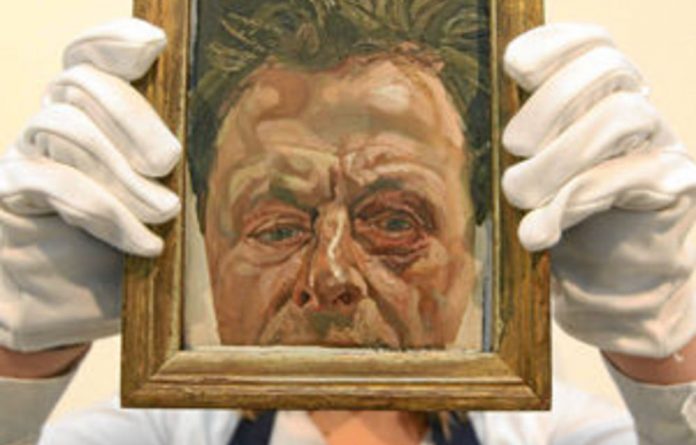 Imagine you run the National Portrait Gallery of Britain, the United States or Australia and, during an audit of the stores, panic at lacking an image that encapsulates the personality and life of Rupert Murdoch.

Supposing the News Corp jet could be parked in one place for long enough to facilitate sittings, you could commission a painter to lay the tycoon on a canvas to hang alongside the oils of Beaverbrook, Hearst and other media tycoons from the time when immortality in a gilt frame above the fireplace was as much a badge of power as a Rolls.

My preference, though, would be to screen-grab a section of Murdoch’s evidence to the House of Commons select committee and display it either as a still or as a slowed-down silent loop of blinks, twitches and grimaces in the style of the video installations of the American artist Bill Viola.

This decision is made easier because the contemporary painter most likely to have found something in Murdoch that he was able to withhold from the lens — Lucian Freud — is now ­unavailable.

This is not a declaration of the death of painting.

Signature images
Remarkable painters (including Jasper Johns, Howard Hodgkin, Bridget Riley, Peter Doig) exist in many generations and places. But the death of Freud highlights a specific crisis in the art of the ­traditional portrait.

Although the camera didn’t quite do to the canvas what the mobile phone has done to the phone box, it put threatening writing on the walls of portrait galleries. Strong evidence of the crisis of portraiture comes from the dustjackets of biographies and the illustration of newspaper profiles.

Whereas figures of the past are commonly preserved in oil, the signature image of most writers and politicians of the 20th and 21st centuries exists on either still or moving film.

There are occasional exceptions, such as Ruskin Spear’s uncanny capturing of the combination of cunning and avuncularity that was Sir Harold Wilson, or the presentation by Tai-Shan Schierenberg (a fine traditional portraitist of the present day) of Sir John Mortimer’s Falstaffian personality. But, in most cases, it is now an exposure that most exposes.

After a period in which Andy Warhol and others fascinatingly blurred photography and painting, many portraitists responded to this competition with so-called photorealism. This defensively mimetic approach is popular with the entrants to the annual BP Portrait Prize (currently on display at the National Portrait Gallery).

Much more impressively, Sam Taylor-Wood — in her spooky and beautiful video portrait of a sleeping David Beckham — showed how apparently threatening technology could be harnessed to artistic advantage.

Rewriting the rules
Freud’s greatness, though, lay in understanding, either tactically or instinctively, that a new form of portrait was called for in the Kodak century. He rewrote the rules of life painting at every stage.

Rejecting the tradition of the biographical artist as a brush for hire by the mighty, Freud in most cases commissioned his sitters — who frequently were not famous.

The key breakthrough, though, came in the relationship between his mind and their bodies.

Obituary coverage has featured the ritual squeals that his picture of Queen Elizabeth II looked nothing like her but, first, it does and, second, absolute likeness should be left to the appropriately named snappers.

A Freud painting, living up to the adjective the family surname spawned, was a psychological and physiological study.

The sin of flattery
Above all, Freud rescued portrait painting from its traditional sin of flattery. In this way he continued an argument with the public that had begun with Graham Sutherland, whose picture of the ruined glory of Winston Churchill — subsequently destroyed by the scandalised family — became a symbol of the campaign by art’s conservative forces to equate likeness with likability. With the Sutherland lost, the defining image of the war leader is, symbolically, a photo: the one in which Karsh of Ottawa caught a startlingly honest expression by confiscating the politician’s cigar.

The camera has the edge on painters in both immediacy (able to seize a single moment the subject has not chosen) and brutal honesty: a stripping of flattery completed by the super-real, super-cruel digital images in which Murdoch’s Westminster evidence was transmitted.

I would pay the $33-million someone paid for Freud’s Benefit Supervisor Sleeping to see Jenny Saville’s naked representation of Rupert Murdoch but it is highly unlikely that either painter or subject would be interested in a ­sitting.

For decades Freud succeeded in a fight that is now unwinnable. With his passing, the art of the portrait has passed from the canvas to the screen. —