Calm rules in the Kitchen 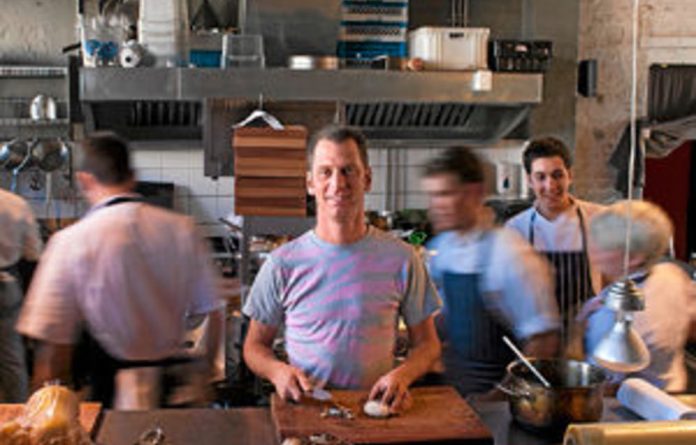 Or the near-implausible description of Prince Ludovico Sforza’s kitchen fantastically mechanised by a 30-year-old Leonardo da Vinci, with horses and oxen driving wheels powering three-metre bellows to dispel the smoke from the fires Da Vinci insisted on lighting with gunpowder, in the process burning and nearly maiming the staff.

He made up for it by making models for war machines from marzipan and carving sculptures out of almond paste (which the prince and his guests simply gobbled up).

In time the kitchen was tamed. Fires were replaced by gas stoves and ever more sophisticated appliances, a process accelerated by electricity and revolutionised by the thermostat (although I still know of many a European kitchen whose owners absolutely refuse to admit a ­microwave into.)

Our modern domestic kitchens seem to pursue one of two paradigms: either a nostalgic harking back to the wooden-countered, copper-skilleted, homely rustic kitchen with its warmth and moral authority, or the cold, clean, stainless-steel food machine of the industrial kitchen.

An extended chef’s table
Chef Luke Dale-Roberts’s new restaurant (opened last November), the Test Kitchen, accommodates both these concepts. Alongside the wood-fired oven is a sous vide cooker. Felt pendant light fittings, exposed brick walls, kiaat counters, wooden shelves stocked with jars and wine bottles and brushed-steel tables create a convivial warm tone. Central to the experience is an open kitchen, although compact, occupying a third of the floor space. With seating for only 30 patrons, this is really an extended chef’s table.

It is a far cry from the starchier La Colombe, Dale-Roberts’s previous station. There is salt and pepper on the table, although in novel ceramic egg boxes.

It is in Woodstock, which at night seems to have a filtering effect on the clientele. The vibe reminds me of the revival of the meat-packing district in New York.

Ringside seats (ask for table seven) close to the action are a treat. But be prepared to have kitchen smells intervene with what is on your plate.

The kitchen is calm, collected and almost silent.

Dale-Roberts, impressively in control, seems to do a lot of pottering, at times staring transfixed into a saucepan. Occasionally you hear instructions in near neutral tones, precise orders, such as “Wonton in one minute”.

Busy with variety
On the night I get in, the amuse bouche is a foam with miso-cured kingklip served in the hollow of a wooden block.

I go for the five courses finely paired with small production wines (R600) — Quion Rock, Sequillo, Lazanou and such. After all, didn’t Brillat-Savarin in The Physiology of Taste say a man’s palate can go numb and dull to even the best wine after the third glass of it?

Dale-Roberts certainly likes variety and his plates are busy. Just listing the items of the 10 courses would take up more words than are available for this review. Regrettably, a taste will have to suffice.

You quickly develop the impression that this culinary team could make anything delicious, including things you don’t like. The pan-seared veal tongue is an example — soft as butter and its secret all in the sauce — “a bourbon and American oak velouté”.

Just desserts
The sommelier is extremely busy and pushed to speak a little too fast. One is tempted to ask her to breathe, the way a good wine should be allowed to. The wine tends to lead the food and when co-ordination lapses the staff are quick to refill your glass.

There is a surprise round of pre-desserts followed by the dessert orders. If you are not a pudding fan, then try the cherry tomato and mozzarella sweet. Oh my Lady Gaga! as the young Chinese say. Arriving on a black plate, the treats it includes are Cape gooseberries, vanilla and pepper syrup, stracciatella and goat yoghurt “snowballs”.

On her visit to South Africa United States First Lady Michelle Obama was taken to a different kitchen (the Kitchen) in Woodstock. Luckily for her, she doesn’t know what she missed.

The menu at Haute Cabrière is specifically designed to complement the estate's wines - and it works.
Read more
Friday

Cape Town Vegan Challenge is an invitation to try veganism for a month and several restaurants have taken up the gauntlet, writes Brent Meersman.
Read more
Friday

In this overprocessed world with industrial ­agriculture doing violence to the planet, it makes sense that some have turned to a raw food diet.
Read more
Advertising