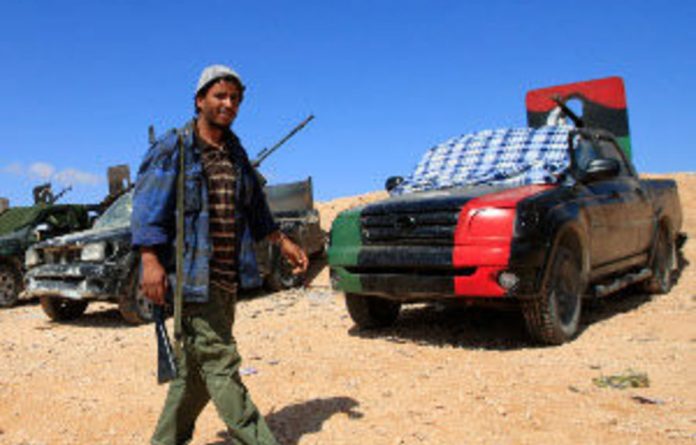 Libyan rebels say the gunmen who shot dead their military chief were fighters allied in their struggle to overthrow Muammar Gaddafi, raising questions over divisions and lawlessness within rebel ranks.

The assassination of Abdel Fattah Younes, apparently by his own side, has hurt the opposition just as it was winning broader international recognition and launching an offensive against Gaddafi’s forces in the west of the country.

After 24 hours of confusion, rebel minister Ali Tarhouni said Younes had been killed by fighters who went to fetch him from the front and that his bullet-riddled and partially burnt body was found at ranch near the rebel capital of Benghazi.

Tarhouni said a militia leader was arrested and confessed that his subordinates had carried out the killing.

“It was not him. His lieutenants did it,” Tarhouni told reporters late on Friday, adding that the killers remained at large.

Secretly in contact with Gaddafi
Younes had been part of Gaddafi’s inner circle since the 1969 coup that brought the Libyan colonel to power and was interior minister before defecting to the rebels in February.

Many rebels had been uncomfortable working under a man who had been so close to Gaddafi for 41 years and rebel sources said on Thursday Younes had been recalled over suspicions that he or his family were secretly in contact with Gaddafi.

Rebels were divided over who had killed Younes, some suspecting his execution was ordered by rebel leaders for treason, many believing he was killed by Gaddafi supporters who had infiltrated rebel ranks and still others suggesting a rebel splinter group had acted alone.

Whatever the truth, the killing has deepened concerns among the rebels’ Western backers who were keen to see them prevail in a five-month-old civil war. They were frustrated by their lack of unity and nervous about the influence of Islamists.

The United States, which like some 30 other nations had formally recognised the opposition, called for solidarity.

“What’s important is that they work both diligently and transparently to ensure the unity of the Libyan opposition,” State Department spokesperson Mark Toner said in Washington.

Rebels target Gaddafi stronghold
Rebels who rose up against Gaddafi in February have seized swathes of the country but remain poorly equipped and are still far from ousting him, despite support from Nato air strikes.

Anti-Gaddafi forces said on Saturday they had encircled the Libyan leader’s last stronghold in the Western Mountain region and hoped to seize it soon.

Rebel tanks fired at Tiji, where an estimated 500 government troops are stationed and said the blasts could be heard from the nearby town of Hawamid which was captured on Thursday.

“We have Tiji surrounded and we hope to take it by the end of the day,” rebel commander Nasir al Hamdi, a former colonel in Gaddafi’s police force, told Reuters as gunfire crackled in the distance and he surveyed a battleground scattered with tank shell casings and government anti-aircraft bullets.

Went without a struggle
In the east, confusion reigned over who had killed Younes.

Rebel fighters said members of the February 17 Martyrs’ Brigade, a rebel group that fights on the front and helps enforce security in the rebel-held east, had collected Younes from the frontline near the oil town of Brega on Thursday.

Younes knew and trusted the men who came to fetch him and went without a struggle when they explained they had a judge’s order to take him to Benghazi for questioning, the rebels said.

The Martyrs Brigade is made up largely of civilian volunteers led by military commanders and is used by the Transitional National Council for some policing duties.

Tarhouni, the rebel minister, said it was not this group but another militia, the Obaida Ibn Jarrah Brigade, who had killed Younes.

Named after one of the companions of Islam’s Prophet Mohammed, the group is likely to have Islamist leanings.

Viewed him with suspicion
One rebel commander, who asked not to be named, said Islamists whom Younes had targeted as interior minister may have killed him in retaliation.

“Some of those Islamists are now fighting with the rebels and they have always refused to fight under Younes’s command and have always viewed him with suspicion,” he said.

“I don’t think the investigation will lead anywhere. They don’t dare to touch the Islamists.”

The government in Tripoli, which has always warned of Islamist influence in the east, said al-Qaeda was to blame.

Further complicating an already murky situation, some Libyans said they feared that Younes’ death would trigger a bloody tribal feud. At the funeral on Friday, his Obeidi tribe pledged allegiance to the rebel cause.

In an apparent effort to calm nerves among Younes’ relatives, a rebel source said that he could be replaced by Suleiman Mahmoud al-Obeidi, a member of the same tribe.

Another leading candidate to take over as military chief was Khalifa Heftar, who lost an early contest with Younes over leadership of the rebels’ military campaign, the source said.

The longer the war drags on, the further eastern Libya appears to slip into lawlessness, raising questions about what kind of Libya could emerge if and when Gaddafi goes.

Tarhouni told reporters on Friday night that an armed gang had attacked a prison, helping about 300 former Gaddafi soldiers and loyalists to escape. — Reuters