Tentative steps to US debt solution 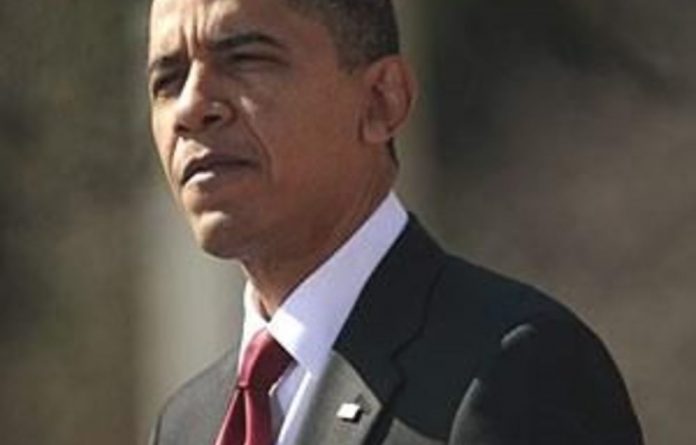 Hopes have emerged that United States (US) lawmakers were close to a last minute deal on Sunday that could raise the US debt ceiling by up to $2,8-trillion and assure financial markets that the US would avoid default.

Prospects that a significant package was within grasp brightened after Republican and Democratic leaders reopened stalled talks with the White House, and Senate Minority Leader Mitch McConnell said he was confident and optimistic.

“I think we’ve got a chance of getting there,” McConnell, a Republican, said.

ABC News reported that US debt negotiators had reached a tentative agreement on a package but a White House official cautioned that a deal was “not there yet”.

A long way to go
Senate Majority Leader Harry Reid, a Democrat, pushed back a key procedural vote on a debt limit plan by 12 hours on Sunday, buying additional time for both sides to hammer out details before Asia markets open.

“There are negotiations going on at the White House now on a solution that will avert a catastrophic default on the nation’s debt,” Reid said on the Senate floor late on Saturday.

“There is still a distance to go,” he said.

Time is running out for the US government to raise its $14,3-trillion borrowing limit before the Tuesday deadline when the Treasury said it would run out of money to pay its bills and could no longer service the national debt. A cautious optimism had begun emerging on Capitol Hill.

“We’re a long way from any kind of a negotiated agreement, but there is certainly a more positive feeling about reaching an agreement this evening than I’ve felt in a long time,” Senator Richard Durbin, the No.2 Democrat in the Senate, told reporters late on Saturday.

Tight timeframe
If a credible bipartisan deal is tantalisingly close, the White House said it would accept a very short-term extension of the debt limit to allow lawmakers time to nail down the compromise.

Given that talks were headed down to the wire, Washington chafed against the deadline to get a deal agreed, legislation drafted, voted upon and signed into law.

The elements of the package under consideration would raise the debt ceiling through 2012 and cut spending by an amount equal to the increase in the debt limit over a 10 year period.

The first $1-trillion in cuts have been largely agreed on by lawmakers. A further $1.8-trillion would be recommended by a special committee appointed by Congress and automatic measures would implement the planned cuts if Congress failed to vote on them, an aide familiar with the talks said.

The political gridlock over how to reduce the US deficit and raise the debt ceiling has put the US at risk of losing its top-notch Triple A credit rating.

Fragile economy
A downgrade could prompt global investor flight from US bonds and the dollar, raising borrowing costs for Americans for years to come and threatening an already fragile economy that could easily fall back into recession.

A US default would plunge financial markets and economies around the globe into turmoil. US stocks markets last week posted their worst losses in a year, the dollar slumped and nervous investors pulled up cash into insured bank accounts.

Top Wall Street banks warned Washington last week not to risk defaulting on the US debt.

“Our country is not going to default for the first time in its history — that’s not going to happen,” McConnell said, holding out hope for a compromise deal.

The procedural Senate vote on Sunday requires a minimum of 60 “yea” votes to close debate and move a debt plan to a vote on passage. It would be a barometer of whether bipartisan support could be mustered for a compromise that could pass both houses by Tuesday.

The partisan squabbling and brinkmanship has dented the US image as the world’s capitalist superpower, causing alarm among foreign governments, some of whom have expressed incredulity that American politicians would risk a national default by clinging to hardline, intransigent positions. — Reuters