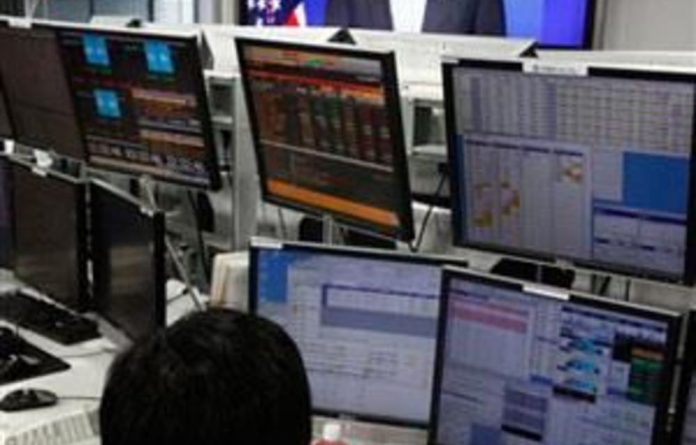 President Barack Obama on Sunday announced a last-minute deal to raise the United States borrowing limit and urged lawmakers to “do the right thing” and approve the proposed agreement to avert a catastrophic default.

Laying out the endgame in the crisis just two days before a deadline to lift the US debt ceiling, the White House and both Republican and Democratic leaders in Congress said the compromise would cut about $2.4-trillion from the deficit over the next 10 years.

Now that top lawmakers have sealed a deal, both the Senate and House of Representatives are expected to vote on Monday and in principle a Bill could be on Obama’s desk by nightfall. While Senate approval is likely, the agreement’s fate may be less certain in the House.

After weeks of acrimonious impasse and with the final outcome hinging on support from recalcitrant lawmakers, Obama pressured both sides to carry to fruition the accord hammered out behind closed doors.

“The leaders of both parties in both chambers have reached an agreement that will reduce the deficit and avoid default — a default that would have had a devastating effect on our economy,” Obama told reporters at the White House.

“I want to urge members of both parties to do the right thing and support this deal with your votes over the next few days,” Obama said.

The plan — which buoyed jittery global financial markets — involved a two-step process for reducing the US deficit. The first phase calls for about $900-billion in spending cuts over the next decade and the next $1.5-trillion in savings must be found by a special congressional committee. Congress must act by December 23 2011, under the deal.

Republicans had insisted on deep spending cuts before they would consider raising the $14.3-trillion limit on US borrowing, turning a normally routine legislative matter into a dangerous game of brinkmanship.

Global impact
Resolution of the debt-ceiling impasse could ease the immediate crisis, which has threatened global economic consequences, but broad repercussions will still be felt for years to come.

The political brawl has turned dysfunction seemingly into the norm in Washington, undercut America’s stature as the world’s capitalist superpower and set the stage for a deeply ideologically 2012 presidential race when Obama is seeking re-election.

While the deal means the United States is unlikely to default, it is far from certain whether the plan agreed by the White House and lawmakers goes far enough in reducing the deficit to appease credit ratings agency S&P, which has threatened to strip America of its top-notch AAA rating.

Despite that, markets showed signs of relief after becoming unnerved in recent days as lawmakers neared an August 2 deadline to raise the limit on America’s borrowing or risk the world’s largest economy running out of money to pay its bills.

The Japanese stock index rose 1.8%, US stock futures built on earlier gains and the US dollar rose modestly against the yen and the Swiss franc. Gold fell more than 1%, indicating investors had begun to shift out of safe havens.

“For the rally to be durable, markets will need more than this downpayment agreement,” said Mohamed El-Erian, co-chief investment officer at PIMCO, the world’s biggest bond fund.

“They will look to a more coherent fiscal reform to emerge from the second step and, more generally, for additional measures to remove structural impediments to growth and jobs,” he said.

Selling the deal
Congressional leaders will now have to gauge whether they have the votes to pass the deal — which has sharp spending cuts and no new taxes — in the Senate and the House.

In the House, the political calculus is complicated by the entrenched opposition of some members affiliated with the conservative Tea Party movement.

House of Representatives Speaker John Boehner, who will face opposition from those conservatives in his ranks, told Republicans he backed the accord but that it was not the “greatest deal in the world”.

A senior House Republican, Jack Kingston, predicted the deal would pass with broad Republican support, though significant Democratic votes will be needed to guarantee passage.

Democratic Leader Nancy Pelosi, a leading liberal considered crucial to delivering enough Democratic votes to offset Republican defections, suggested earlier that the terms under negotiation would be a tough sell in her party.

She offered a muted reaction after the deal was announced on Sunday night, but congressional insiders expect her to use her political clout with liberals to help Obama push it through.

“I am relieved to say that leaders from both parties have come together for the sake of our economy to reach a historic, bipartisan compromise,” Senate Democratic Leader Harry Reid said on the Senate floor.

Senate Republican Leader Mitch McConnell followed, saying: “We can assure the American people tonight that the United States of America will not for the first time in our history default on its obligations,” McConnell said.

A key provision of the deal was originally conceived as part of a “fallback” plan in case all else failed.

It would grant Obama the authority — and the blame — to raise the debt ceiling in three steps while allowing Republicans to avoid explicitly approving each increase.

Congress would get a chance to register their disapproval on two of these, but would not be able to block them unless they muster a two-thirds vote in both the House and the Senate — an unlikely prospect. – Reuters