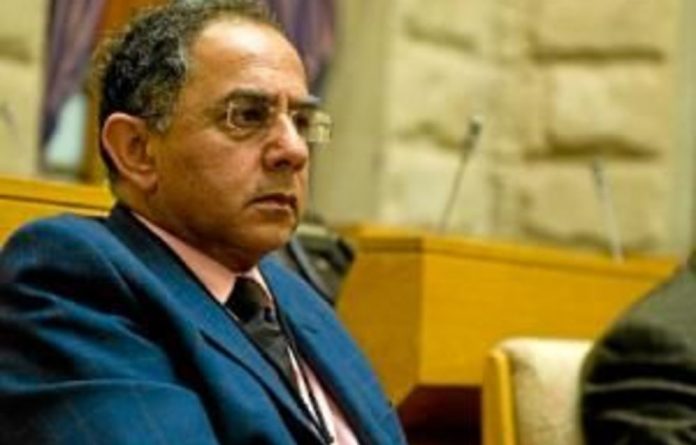 As the dust settles after the fracas involving the extension of Chief Justice Sandile ­Ngcobo’s term last week, legal experts are querying the part chief state law adviser Enver Daniels played in the matter and criticising his office.

“The government, over a long period, 10 years or more, appears to get itself into avoidable legal predicaments. It loses far more cases than it wins, at great cost to the public exchequer. Thus, questions have to be asked of those responsible for providing the legal advice,” said Richard Calland, director of the Democratic Governance and Rights Unit at the University of Cape Town.

Last week the Constitutional Court ruled that Section 8(a) of the Judges’ Remuneration and Conditions of Employment Act 2001, the provision President Jacob Zuma invoked in an attempt to extend Ngcobo’s term, was unconstitutional. The court found that the Act delegated to the president the power to extend a chief justice’s term, a power in fact reserved for Parliament of an extension of the Constitution. But by this time, Ngcobo had stepped out of the running by withdrawing his acceptance by his term.

It remains unclear who advised the presidency to invoke section 8(a) of the act. But Daniel’s told the Mail & Guardian that after the attempt to extend Ngcobo’s term and during the litigation, his office did advise the presidency but said it would not be appropriate to comment further on the matter. The office of the chief state law adviser has the task of providing objective, reliable legal advice and legislative drafting services to the state.

Nichola de Havilland, director of the Centre for Con­stitutional Rights, said the 2001 Act, now deemed unconstitutional, was drafted and passed under Daniels.

“The Judges’ Remuneration and Conditions of Employment Act 47 of 2001 was accordingly drafted under his watch and he would have been required to comment on the constitutionality of the Act,” she said.

Daniels was adamant however that the law was drafted entirely by Parliament and did not flow from his office.

“We advise the state on a range of complex and sensitive matters. All our work is subjected to intensive peer review and by the time it reaches parliament we are assured that it will stand up to constitutional muster.”

In recent weeks, Daniels’s services in drafting legislation have come under fire, particularly the position he took on the Protection of Information Bill, currently before Parliament. Many legal experts who made submissions at public hearings deemed the Bill in its original format clearly unconstitutional.

But Daniels has refuted these arguments and was widely quoted in media as calling criticism of the Bill’s constitutionality “hysterical”.

The ANC has subsequently backtracked in Parliament on several matters, including the broad scope of the proposed legislation, key to issues of constitutionality.

“It is foolish for people such as the state law adviser to offer categorical assurances about the constitutionality of a Bill or Act. Only one body — the Constitutional Court — can do so,” said Calland.

Other pieces of draft legislation that have come under fire include the Municipal Property Rates Amendment Bill, which has implications for the amount owners of a second property will pay.

Afriforum has said the Bill may be unconstitutional, as its economic effects could have a direct impact on the ability of South Afri­can’s to access housing, a constitutionally protected right.

MPs process and deliberate on legislation but Daniels must certify the laws.

De Havilland cited other examples of ill-conceived legislation, including the Expropriations Bill, which had to be withdrawn, and the legislation that brought about the dissolution of the elite crime-fighting unit, the Scorpions, in 2008, and the establishment of its replacement, the Hawks.

The Constitutional Court ruled earlier this year that part of the legislation to set up the Hawks was constitutionally invalid, giving Parliament 18 months to remedy the problem. Daniels said his office refused to certify this legislation at the time.

Calland said the record of the state law advisers, like any other public agency, should be scrutinised to ensure the public was getting value for money.

Parliament should scrutinise the unit’s performance, either through the standing committee on public accounts or the portfolio committee on justice and constitutional development, he said.