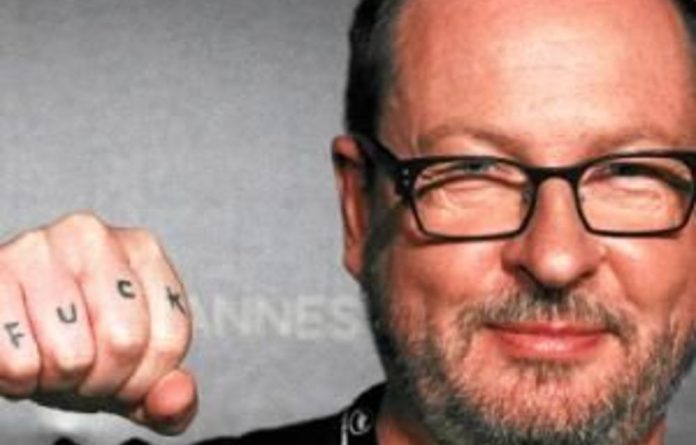 Viewers of a sensitive disposition will probably steer well clear of a film by Lars von Trier titled Nymphomaniac. But those who remain curious will be able to sample the latest work of modern cinema’s arch-provocateur-in-chief in a toned-down, “softcore” version.

Von Trier’s business partner and producer, Peter Aalbak Jensen, has confirmed that Nymphomaniac looks at the taboo subject of child sexuality and will be released in two versions.

“Lars wants to see the sexual arousement [sic] of a girl [on screen],” he said. “Of course, you have some legal problems that you have to work around. Right now, he’s in the writing process.”

“If Lars wants to make explicit sex scenes in the film, he also has to make a version that can be shown on TV in Europe. He has accepted that,” said Aalbak Jensen. It is understood that the softcore version will also be aimed at more mainstream cinemas, while those who yearn for the uncut Von Trier experience will be directed towards the hardcore version. Asked whether the requirement to produce a self-censored cut indicated that Nymphomaniac (the film’s title could be changed) might be even more extreme in its depiction of sexuality than previous works, Aalbak Jensen said: “I hope not. They are too much for me. I hope it is less violent.”

News of Nymphomaniac‘s split-release has broken a few days after the disturbing revelation that Norwegian mass murderer Anders Behring Breivik listed Von Trier’s film Dogville on Facebook as one of his favourite movies. The filmmaker told Denmark’s Politiken newspaper that he found the suggestion that his 2003 drama might have inspired Breivik horrific.

“I feel terribly bad thinking that Dogville, which is in my eyes one of my most successful films, could have been a kind of script for him,” he told the newspaper. “If it means that it had this effect, then I am sorry I made it.”

The 2003 drama ends with the mass murder of all the residents of the fictional American town of Dogville. But Von Trier said that if Breivik had drawn inspiration from the scene, he had misunderstood it. —