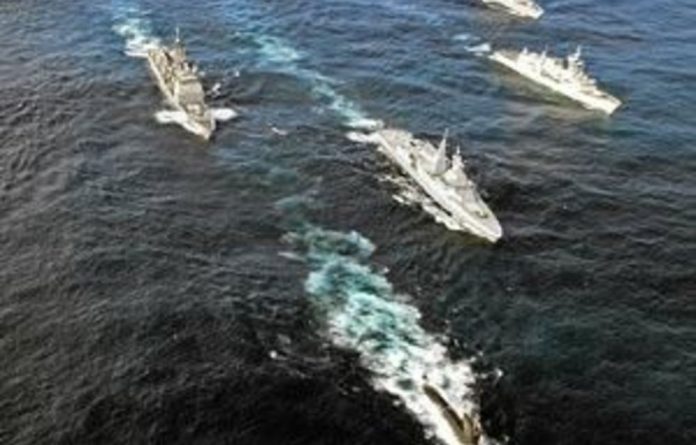 Ferrostaal, the lead company in the consortium that sold South Africa submarines as part of the controversial 1999 arms deal, paid more than $40-million to agents in South Africa whose chief attraction was their influence on politicians.

That’s one of the key findings to emerge from a devastating internal-compliance investigation compiled for Ferrostaal’s new management by international law firm Debevoise & Plimpton (D&P).

Other key findings of the South Africa section of the report, which the Mail & Guardian has seen:

A number of former Ferrostaal executives are facing criminal and civil actions in Germany relating to the company’s widespread past use of payments to obtain business.

The overall findings by D&P concerning Ferrostaal’s worldwide operations provide important background to the €36-million in payments for the South African deal, though the law firm characterises these as having “significant red flags” but lacking evidence of criminal conduct.

The investigation found Ferrostaal made “questionable or improper payments” in many of its largest and highest-profile projects.

It noted: “Many of these payments appear to have been systemic, in that they occurred repeatedly throughout the company on projects of all sizes”.

Only in limited cases, however, mainly in regard to projects in Venezuela and Libya, was there evidence that payments were paid on as bribes. For most, the possibility of on-payments to decision-makers could not be confirmed.

The report reveals that Tony Georgiadis received about $20-million in commission payments from Ferrostaal related to the submarine-purchase contract.

The M&G has previously revealed that Georgiadis separately received about $22-million from the German Frigate Consortium, paid through his Liberian-registered company, Mallar Inc.

The new report says Georgiadis’s Ferrostaal commission agreement was signed in October 1998, just ahead of the announcement of the preferred bidders in November that year. It provided for a success fee of 2.5% of the total contract value, though it was later amended to require South African government approval in meeting certain offset obligations.

The report states: “It is apparent that Georgiadis’ chief role was as a conduit to politicians. The record shows that he knew a number of senior politicians, including President Thabo Mbeki and possibly Nelson Mandela and introduced Ferrostaal employees to these politicians.

“Indeed, the former head of marine informed the former CFO [chief financial officer] in 2003 that ‘political contacts’ with Mallar [Georgiadis’s company] had a decisive influence on the tender for the submarines.”

The M&G has previously reported that Georgiadis has, through his lawyer, confirmed giving a R500 000 cheque to the ANC, though he has insisted it was an innocent donation.

Other documentation seen by the M&G indicates that President Mbeki personally met with Georgiadis at least once in December 2004 in connection with Ferrostaal’s offset obligations.

As on previous occasions, Mbeki failed to respond to questions about his relationship with Georgiadis.

Georgiadis did not respond to a voice message left on his British number.

According to D&P, Ferrostaal “paid very little care” to defining and monitoring the services provided by Georgiadis and Ellingford, even though these two consultants were Ferrostaal’s largest payees on the project.

The report notes that, together, they accounted for “more than 25%” of Ferrostaal’s €128-million share of the project revenue.

“There is no sign that anyone at Ferrostaal ever knew with any specificity what these two consultants did. Their contracts each contained a detailed list of services, but the lists were identical, suggesting both that there was no intent or expectation that they would provide the indicated services and that the lists were created merely for appearance’s sake.”

But Georgiadis, at least, enjoyed top-level support within the company.

The report quotes one instance, at the start of 2003, when the CFO objected that the scant documentation attached to a €2-million invoice from Georgiadis was insufficient to justify such a large payment.

“The chief executive peremptorily told the CFO that he was wrong and ordered the payment be made.” The report also raises questions about payments to another Georgiadis company, Elmar Maritime, which appears to have been a Panamanian company.

Tony Ellingford was a former executive in the South African defence industry hired by Ferrostaal in 1998 to advise on the submarines contract.

Ellingford was formerly chief executive of Reunert. He resigned suddenly in 1997 when United States intelligence officials informed the Reunert board that he had a Swiss bank account containing about $2-million.

The US investigators had come across the account during their investigation of sanctions-busting charges against a Reunert subsidiary.

Some of the money was eventually paid to Reunert in an out-of-court settlement.

Like Georgiadis, Ellingford was paid about $20-million by Ferrostaal between 2000 and 2003, through his company Kelco Associates.

The report cites a more minor consultant, former naval officer Jeremy Mathers, as telling investigators that Ferrostaal had approached a Reunert colleague of Ellingford, Llew Swan, in a bid to find someone who had “political connections”.

As the M&G reported in 2002, so close did Ellingford become to Modise, he was named trustee of Modise’s major asset, the Letaba trust, shortly before Modise’s death in 2001.

D&P raises questions about Swan as well. “The involvement of Swan was another likely instance of payment for access to decision-makers. Swan was chief executive of Armscor, the South African arms procurement parastatal, from late 1998 until late 1999. In that position, he was one of the key individuals deciding who would win the submarine contract.

“In November 1999, weeks before the submarine contract was awarded, Swan unexpectedly resigned from Armscor. No later than March 2000, he was working for Ferrostaal, albeit indirectly. At the time, Ellingford informed Ferrostaal that Kelco was working with a subcontractor called Moist cc, represented by Swan.

“In fact, this may not have been Swan’s first involvement with Ferrostaal. Mathers stated in an interview that Swan was working for Ferrostaal at least as of 1998, before he became CEO of Armscor.”

Both Ellingford and Swan are now living in Australia and could not be reached for comment.

Something off in the state of offsets

Offset commitments were a particularly important part of the tender for the submarines contract. The report compiled by international law firm Debevoise & Plimpton (D&P) notes that South African government documents show that the Ferrostaal consortium won the bid because of its offset offer.

The consortium agreed to deliver offset spending worth almost €3-billion. But, of course, this was funny money.

The report explains: “It should be noted that this did not require investment actually worth €3-billion, rather, offset investments are granted multipliers by South Africa’s department of trade and industry (DTI).

“The offset provider would thus invest a figure that was unknown at the start of the project, but in any event significantly less than €3-billion.

“In its initial calculations, Ferrostaal expected that it would need to provide investment of only approximately 1.5% to 2% of that amount and indeed, ultimately it spent €62-million, approximately 2%.” The report says most of the projects “failed or performed poorly”, but this did not seem to interest or concern Ferrostaal very much.

“What evidently mattered to Ferrostaal — was not the business case for the investment or the likelihood of good returns, but its prediction of how much the DTI would like the project — and what multiplier it would receive.”

The original bid had been predicated on Ferrostaal building a steel mill at Coega. However, between the signing of the contract in December 1999 and its coming into force in JuIy 2000, it became clear to Ferrostaal that it would not be able to proceed with the Coega project.

Instead, it set up a local subsidiary, Ferisa, to manage alternative offset projects.

According to the report, between 2001 and 2010 Ferrostaal Germany transferred about €35.1-million to Ferisa, most of which Ferisa spent on loans and capital contributions to offset companies. Ferrostaal wrote off almost all that amount.

“When a senior employee reported [to the company] that offset was merely a vehicle for nutztliche aufwendungen [useful expenses] — a German euphemism for bribes — there was no investigation into whether his allegation was true.”

The report set out the offset projects that raised particular concern:

D&P concluded: “The examples above illustrate that Ferrostaal was prepared to support and invest in projects — that it seemed to have had little interest in succeeding.

“One former manager responsible for offsets said that this just confirmed the questionable nature of the offset business, in which DTI credits were the only real factor driving Ferrostaal’s investment decisions.”

Comfortably in bed with Chippy Shaik

The Debevoise & Plimpton report shows how Ferrostaal cosied up to Chippy Shaik after he left the defence department under a cloud in 2002 — and then lied about it in 2008 when the company was challenged on the relationship.

The report states: “From 2002 to 2007, Ferrostaal in South Africa had close business connections with Chippy Shaik, the head of acquisitions at the ministry of defence from 1997 until 2001, and as such one of the key people in determining who would win the submarines contract.

“Such a relationship with a former key decision-maker is not per se improper — if due care and consideration is applied … Yet there is scant sign that anyone considered the propriety of doing business with Chippy at all.

“In fact, numerous red flags — Chippy’s former position; one brother’s role as a South African consul in Germany; another brother’s conviction for corruption; and Chippy’s own purchase of shares from Ferrostaal at a significant loss to the company — were simply ignored.

“When in 2008 the press queried Ferrostaal’s business dealings with Chippy, Ferrostaal made the inaccurate statement that it had broken off business relations with Chippy’s company as soon as it had learned of his involvement.”

The report notes: “This was not only significantly less than Ferrostaal had invested in the company, but also a fraction of the amount it had been offered for its stake one year previously.” Ferrostaal had been advised its stake was worth R10-million.

The report says there is evidence that suggests Shaik may also have been behind a company called Ilima Community Financial Services. Ferrostaal South Africa paid Ilima R1.8-million in 2005, supposedly in return for services related to various offset companies.

But Ilima’s identity and purpose were unclear, the report states. Its directors were listed as Moses Mayekiso, a former trade unionist, and Julekha Mahomed, Jacob Zuma’s one-time lawyer.

The report notes that at a meeting at Ferrostaal SA in 2006, “Ferrostaal staff attacked the management — and claimed that the engagement of Ilima was solely a way to pay Chippy”.

The report also says Ferrostaal paid for Shaik’s round-trip business-class travel to Egypt in 2002 in connection with a gold-mining project that was never realised.

Shaik did not respond to questions emailed to him.