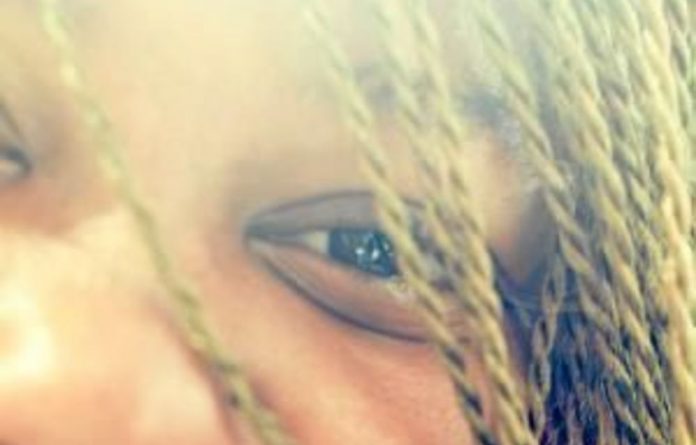 When I was a knock-kneed 12-year-old girl, I visited my four cousins in Umlazi, Durban. At the time I had thick, strong hair and we excitedly pulled out a box of crème relaxer and each took our turn in front of the mirror transforming our hair from kinky to straight. We styled it with pins to emulate the pretty American girl who smiled back at us from the box.

Afterwards, every time I was in Durban during the December holidays, my cousins and I would ritualistically doll ourselves up. We had a reputation to protect, after all. We were known as the prettiest girls on our street.

I haven’t relaxed my hair for nearly three years now. Years of harsh chemicals have damaged it beyond repair. I can wear long braids, a weave or even a wig and style them any way I like, but maintaining the politics of my hair has been a bit more difficult.

Women who wear theirs in an Afro or dreadlocks sometimes sneer at me, telling me they feel “liberated” by their natural hair. I can attest to feeling just as liberated by wearing extensions. I admit natural hair can be cute but for some women it’s not always so flattering.

I recently went natural. Without my weave, I realised how small my head was in proportion to my ears and that my face was too round. I was irritated by feeling the wind on my neck. My colleagues liked my new look but within two weeks I was back at the salon.

I can already hear men talking about how a sister who wears extensions is a sell-out. But take a look at their girlfriends and that’s exactly the kind of girl they are attracted to.

At home my hair is often a topic of conversation. To my embarrassment, I am often berated in front of friends and extended family members about my decision not only to wear extensions but also about my preference for a blonde weave. I went blonde in my early 20s at varsity. Blonde girls seemed to have more fun — they certainly turned more heads. So I went platinum. The next day when I walked into the library, the librarian nearly fell off his chair. I got double the number of compliments from men and women alike, so I’ve kept it that way.

My fixation is not necessarily with the actual weave but with the length. I knew that, if I wanted my hair to resemble the length of the weave I adore, I’d have to grow dreadlocks. So, last year I tried wearing short dreads under a long weave. But to nurture and maintain dreads to the desired 40 centimetres would take me from six to 10 years. After a month I gave up. I just didn’t have the patience.

That’s when I started asking how much my hair meant to me. I picked up Chris Rock’s 2009 documentary, Good Hair, a conversation about the politics of black hair. To discover where extensions come from, he travels to India and speaks to women about a right-of-passage ceremony known as tonsure. Hair is considered a sign of vanity and shaving your head a symbol of sacrifice. He then shows a woman, a girl and a wailing baby having their hair shaved.

I felt guilty for my transgressions and wondered whether my hair concerns could be an obsession. Then I realised Rock’s argument was unfair. Tonsure is not a social injustice — the women agree to it and don’t care that they don’t make a profit from it because, as one of them says, “it’s just hair and it will grow back”.

Well, for some people, it will.

Last month at a party I spoke to some women about the questions Rock’s video raised for me. Well-known actress Gugu Zuma admitted that she’d tried wearing extensions but then decided to wear her hair in an Afro.

“There must be something seriously wrong if I can look at my natural hair and feel that I am not satisfied with it,” she said.

Point taken. But it would take more than emotional blackmail to sway me.

When self-proclaimed gold-digger Khanyisile Mbau admitted to spending R10 000 on a weave, there was an outcry. I’ve spent more than the average girl on a weave but any smart South African girl knows that a weave bought at the Cash ‘n Carry can be just as good as a Brazilian one — the most beautiful braids I’ve ever worn cost just R80.

Last week, while I was getting my honey-brown braids put in, the top half of my head was still in a bushy mane. I asked the women in the salon what they thought: Would anyone be impressed if they saw me like this? The women, in various states of natural hair, dreadlocks, weaves and Afros, all responded with a unified “No!”

Ultimately, it’s about choice and choice is freedom. As I walked out of the salon that day I couldn’t help but feel gorgeous — which is exactly how it should be.

My favourite style icon, Mary J Blige, still rocks a blonde weave at age 40. My hair adds to my character. I’ve learned to live with it — and so should you.