The school that the whole community built 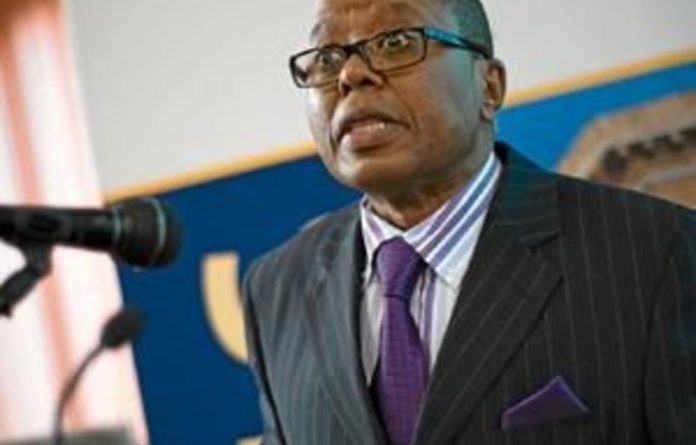 Communities need to support the schools that serve them if solutions to South Africa’s education crisis are to emerge.

This was the repeated message at the third in the Teachers Upfront series, which Wits University’s school of education hosted on August 2. The series is a four-way partnership between Wits, the University of Johannesburg’s education faculty, the Bridge network and the Mail & Guardian.

The need for parents to involve themselves closely in their children’s schooling is being repeatedly emphasised now in South African education research, said Misheck Ndebele, education lecturer at Wits. “Lots of improvement in attendance, achievement and participation can be attributed to the involvement of parents and a close co-operation between schools and families,” he said, speaking first at last week’s meeting.

Indisputable evidence
“The evidence is now beyond dispute: children succeed not only in school but also in life if parents are involved with their schooling,” Ndebele said. He described his own research into parental involvement at 40 Gauteng schools, saying his investigation considers criteria that include communication, parenting at home, student learning, volunteering, school decision-making and collaboration with the community.

Based on his findings, he recommended that a school-family partnership course be part of every teacher-training curriculum in South Africa.
Universities are also part of what is meant by the “communities” that should support schools, said Dr Al Witten of the Centre for the Community School at the Nelson Mandela Metropolitan University. He described how his university works with the Eastern Cape’s Manyano community schools network.

“Because schooling is complex, we need the collaborative commitment of the community as a whole,” Witten said. “We should think about the community beyond geography, though, and involve individuals or organisations that support schools, wherever they may be,” he said. He called for the development of school leaders who span boundaries and build common purpose by focusing on teaching and learning and getting others to support that.

One such leader is Lamile Faltein, principal of Limekhaya High School in Uitenhage’s Kwa-Langa township in the Eastern Cape. Speaking after Witten, he said the school burned down in 1976 and was rebuilt in 1995.

At first its matric results were terrible, which made him think that “there must be challenges I don’t know about”, Faltein said. That inspired him to devise questionnaires that he asked former learners at Limekhaya High to complete. The answers revealed that the matric exams these learners had written contained questions about subjects the teachers had been unable to teach.

Faltein asked the teachers: “Why did you not ask for help? Look at the damage you’ve done!” He invited experts to ensure his staff had the knowledge base necessary for their subjects. Teachers at Limekhaya are now formally accountable to the school governing body and himself and Faltein has instituted measures such as his own class visits to monitor teachers’ lesson preparation.

Communities monitor and support their schools, he said: “We partner with feeder schools, we reach out to poorly performing schools, we employ social workers and we have established an information and resource centre for the learners of the school and the surrounding community.” His lesson? “If you want to walk fast, walk alone; but if you want to walk far, walk with others,” Faltein said.

The final speaker was Theresa Moila, senior manager for education at the Transnet Foundation. Parents must not abdicate the responsibility they bear to socialise and discipline their children, she said, “Schools cannot be expected to take over this role because teachers need to focus on delivering the curriculum.”

As a full-time employee, a parent of four girls, a grandparent of two more, and a mentor to other children, her voice carried weight. She said education is a national priority, which means that each of us has been called to action.

Although the involvement of parents in schools is now legislated, this does not replace individual parental responsibility. “School governing bodies can adopt a constitution, develop a mission for the school, create a code of conduct for learners, take care of the school’s property and they may appoint teachers and pay their salaries, but parental involvement happens at a different level,” Moila said.

Don’t blame illiteracy
“Illiterate parents have no excuse,” Moila said. “You can engage in a conversation with your child to establish any needs, comment on progress, attend parent meetings, interact with teachers, and volunteer at school events, all of which will give you a foot in the door so that you can understand what is happening in the school and so that you can be empowered to make informed decisions and become a change agent for education,” she said.

Moila described Parktown Girls’ High in Johannesburg as an example of a school that works effectively with parents and the community. So too is Gordon Primary School in Alexandra, which is a hub of community activity, she said. It has partnered with the Indian community to raise funds for a library, runs Saturday lessons for the local high school and recruits volunteers to make food for the children. Local businesses plough resources back into the school and a pronounced sense of ownership has been created that has increased the effectiveness of the school.

Schools by themselves will not solve the education crisis, audience discussion agreed. Strong leadership is needed to drive the kind of community participation that creates a sense of common ownership and accountability and also establishes non-negotiable boundaries when it comes to unethical or corrupt conduct. We need to build community networks that support schools – and each of us needs to consider which part of the network we want to be part of.

Dr Katalin Morgan is managing editor of the journal Education as Change and publications and design consultant in the faculty of education, University of Johannesburg. Barbara Dale-Jones is chief operations officer of the Bridge education network, which features debate related to the Teachers Upfront series at www.bridge.org.za

Teachers’ rights and responsibilities will be the focus of the next Teachers Upfront meeting, which will be held on September 27 at the University of Johannesburg

Teachers pool tricks of the trade

It takes a village to stop bullying

Don’t be afraid of assessments at school