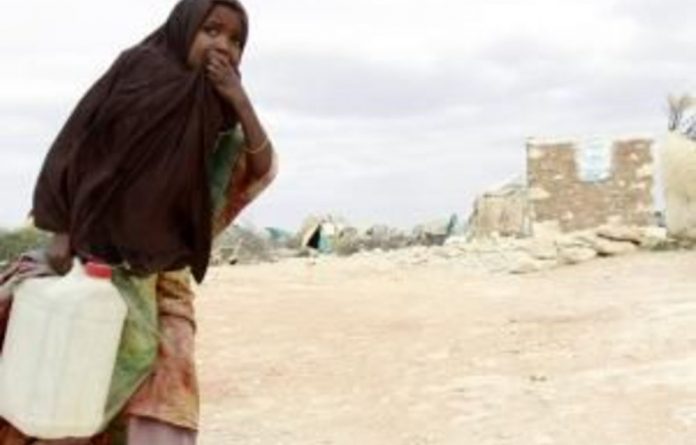 African countries ought to do more for the people affected by famine in the Horn of Africa and show the “true meaning of an African solution to African problems” international aid group Oxfam said on Monday.

The British group Oxfam said it had launched an initiative to get ordinary citizens of Sub-Saharan African countries and their governments to donate more to alleviate the suffering of those affected by the famine in the north-east of Africa, especially in Somalia.

Irungu Houghton, an Oxfam official, said that donations from African governments had been inadequate, with only South Africa, Namibia, Kenya and Sudan making contributions.

“African citizens have already rallied to the cause and made significant contributions. But now we need African governments to follow their lead,” Houghton said. “Most have yet to make a decent contribution.”

South Africa has donated R4-million to aid efforts through nongovernmental organisation Gift of the Givers, which is working in Mogadishu the capital of Somalia and has pledged another R4-million to other aid organisations, according to department of international relations spokesperson Clayson Monyela.

Houghton said the donations by the South African government did not reflect an especially significant contribution when the country’s economic status was taken into account.

But Monyela defended the government’s efforts saying, “South Africa’s response to the contribution has not ended. It is a continuous campaign, not limited to what has been given already.”

The government is also sponsoring a defence force C130 Hercules supply plane to deliver 18 tonnes of aid to Mogadishu, the capital of Somalia. It leaves on Tuesday.

Monyela praised South African citizens for donating money and food and he thanked the private sector for responding with donations.

He said the government’s move to sponsor the plane was an easy decision to make, as all donated relief aid needed to get to the Horn of Africa somehow.

The UN said more than $1.4-billion was needed for famine relief efforts.

Houghton said his organisation hoped that African governments would raise at least $50-million.

Oxfam’s Africans Act for Africa initiative to get African countries to donate will include appeals by famous musicians urging the people and governments of the continent to donate.

The United States has been the biggest international donor to famine relief efforts, with about $580 million in aid this year. Britain is the second-biggest donor at $205-million, followed by Japan and Australia. Saudi Arabia is next at $60-million, and China announced on Monday that it would be donating $55-million to aid efforts.

More than 12 million people are in need of food aid in the Horn of Africa. — AFP