A glass ceiling that is still opaque 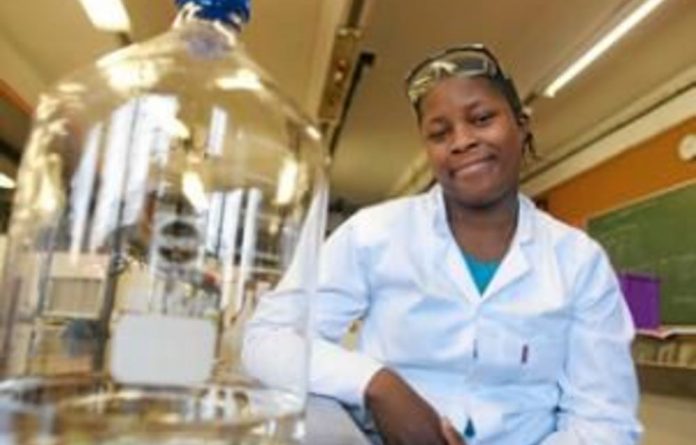 It is Women’s Month and one of the ceremonies that celebrates women’s achievement in the academy is the department of science and technology’s Women in Science annual awards.

Science here is broadly defined to include women academics in natural sciences, the humanities, education and engineering — and the finalists reflect this inclusiveness.

While we need to recognise the achievements of individual women, we also need to understand why it is important to have women who reflect the diversity of South Africa participating in higher education. It is not only because we are women — this is much broader than a “women’s issue”; essentially, it is a development issue.

The key argument for the importance of women in humanities, law, science, engineering and technology has centred on equity. However, it has been shown all over the world that equity is but one principle — albeit one we should not lose. I am uncomfortable with arguments for women’s participation that are purely based on economics, but am equally uncomfortable with those whose arguments are based on qualities such as nurturing and caring, that women are incorrectly assumed to possess by their very nature. These qualities are not inherent in women, so we should be careful about using essentialist understandings of women such as that when we argue for greater numbers of women in the academy.

Despite a supportive legislative framework and various initiatives that include ring-fenced funding from the National Research Foundation, infrastructure support, interventions like writing and leadership workshops, the number of women and more specifically black women who have doctoral degrees or are climbing the academic ladder remains low and slow.

Out of proportion
Although black women’s contribution to knowledge production in journals and other publications is increasing, this increase is not proportional to the time and money invested in redress. Recent national statistics reflected that of the permanent instruction staff at South African universities, 58% were men and 42% were women.

Of the women, 21% were African, 5% coloured, 10% Indian and 64% white. Last year’s Academy of Science of South Africa PhD study indicated that in 2007 the majority of those who graduated with doctoral degrees were white men in their 30s. To adapt Amartya Sen’s notion of “missing women”, we should include those African, coloured and Indian women absent from the professoriate.

Universities are not homogenous spaces — the experiences individual women face differ within a single university. But we know the reasons usually cited for women’s under-representation in the sector: they include financial difficulties, sexism in the workplace, heterosexism, the legacies of disadvantage and chilly institutional climates.

Given that the reasons are known and that much has been done to transform the situation, why have so many interventionist initiatives not yielded much success?

I believe some factors that affect women’s lives have been overlooked and that the programmes intended to address gender equity have not necessarily equipped them with the psychological and ideological tools to challenge the environment.

I have previously argued that an inequitable division of labour in the home, violence and the care of family members who are ill are among the factors that have not been interrogated in relation to women’s positioning in universities. South Africa does well on international indices in terms of corporate governance but not so well on the issue of women’s safety. I often listen to senior male colleagues talking about how late they work at the office or how they arrive at the crack of dawn. I personally know how terrified women are of being alone in the office at those times.

In addition, many of the initiatives to redress the gender and race imbalances provide technical and financial support, but missing from these interventions are aspects that I label “psychological redress”. We could look to the work of Frantz Fanon, Steve Biko, and feminists, such as bell hooks (nee Gloria Watkins) to assist with the way forward.

Feminist black consciousness: a cornerstone
Biko’s and Fanon’s work should be revisited with a gendered or feminist lens. This would assist “women’s development programmes” to realise how crucial it is to understand the psyche and its liberation in relation to the contribution of women academics and their participation in universities and knowledge production. Essentially, I am arguing that a feminist black consciousness would be the cornerstone for a nonracial South Africa and provide women with the critical tools to understand the relationship between individual consciousness and hidden institutional practices and to challenge the purveyors of discourses that produce and entrench masculinist academic cultures.

I am concerned that many writing workshops have a technicist, ahistorical, atheoretical approach to intervention. Here again a feminist black consciousness is needed to help produce critical scholars and scholarly work and women who are resilient — that is, equipped and armed with a theory and feminist consciousness that will assist their navigation in the corridors of academia.

It remains the case too that interventions have not engaged with how the personal, the professional and the political intersect to make an impact on how women fare as members of the academy. Essentially, do our class, gender, sexual orientation and race histories influence how successful we are in academia?

Although legislation and policies address gender equity in the workplace, implementation is a problem and women report gender discrimination even after policy changes. This is the result of a poor understanding of the complexity of gender discrimination in universities — it is what has been termed the “opaqueness” of the glass ceiling. A key example is the vagueness of the criteria labelled “quality”. If the academic gatekeepers’ decisions are based on constructs of race and masculinities this will affect their definitions of “quality”.

Research has engaged with women’s challenges in the academy and much is known about how these manifest themselves at the individual, institutional, professional and societal levels. But what is still blurred is how intersections among these variables affect career advancement. Perhaps what we need is more systematic policy research and interventions on factors affecting the retention of women such as masculinities in leadership, institutional and organisational barriers and the influences of society’s gendered cultures.

Professor Cheryl Potgieter is university dean of research and professor of psychology at the University of KwaZulu-Natal. Among her publications are Black Academics on the Move (2002) and A Descriptive Study of the Modus Operandi of Serial Rapists in South Africa (2010).