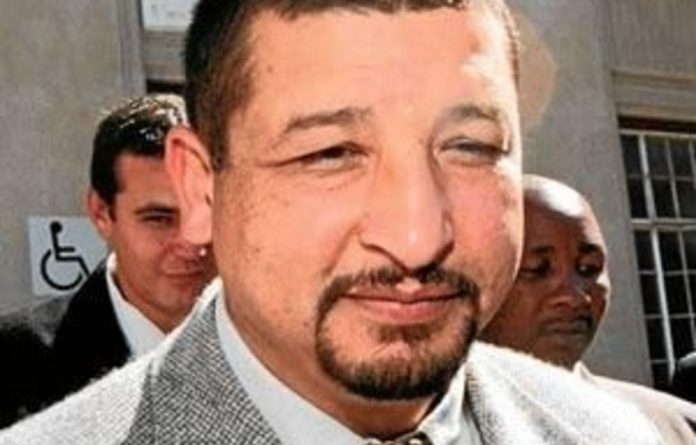 The intrigue surrounding Cyril Beeka and his dealings with the criminal underworld has deepened after a weapons cache, including an AK-47, was discovered buried at Beeka’s former Johannesburg home.

The house in Mnandi, Centurion, was bought by Beeka 10 years ago, but was recently sold by his estate after he was murdered on March 21 this year. He was shot dead while driving in a BMW X5 in Bellville South, Cape Town.

Beeka’s name was allegedly found on a hit list during a police raid on the Bedfordview home of Czech fugitive and fraud-accused Radovan Krejcir shortly after Beeka was killed.

Adding to the mystery surrounding Beeka’s relationship with Krejcir, it has been alleged that the Czech was in contact with the buyer of the Beeka property earlier this month.

The allegation is made by private forensic investigator Paul O’Sullivan in an affidavit — obtained by the Mail & Guardian — deposed to the Hawks on August 5.

O’Sullivan states that he “received information from a source” regarding the sale of Beeka’s house. The tip-off “intimated” that Krejcir “was in contact with the buyer of the property as he wanted to get something that was on or in the property”.

The buyer, who asked not to be identified, denied having any contact with Krejcir.

In his affidavit O’Sullivan explains how he then made contact with Beeka’s widow, Sonja, and subsequently visited the house on August 3.

“During the course of the interview with Mrs Beeka it became apparent that she had employed a gardener who had worked for her late husband on the property for the past 10 years.”

O’Sullivan states in his affidavit that the gardener recalled that: “In or about early or mid-2009, he had been asked to dig a hole at the back of the stables, wherein he assisted the late Beeka in placing a ‘bundle’. He described the bundle as about a metre long, wrapped in heavy-duty plastic and bound with red string.”

In his own affidavit, handed to police, the gardener confirms the information and states that at the time Beeka asked him to bury the bundle. “I dug a while, about one metre to two metres long and about 300 millimetres deep and placed the bundle in, then filled it up.”

O’Sullivan states that the gardener indicated where he remembered burying the bundle. He says he paid the gardener, and a person from a neighbouring plot, to dig up the spot. The man was unsure of the exact location and he shifted operations after a first attempt.

“After about 15 minutes of digging, he came across a Fibrecrete wall panel, under the ground. He then mentioned that he remembered putting this on top of the bundle, according to the late Beeka’s instructions.”

O’Sullivan states that the bundle was handed over to the Hawks and he “subsequently learned that the bundle contained two rifles, one AK-47 and one shotgun”. The M&G understands that the guns have been sent for ballistic tests.

The M&G has previously reported that Beeka played a key role in Krejcir’s life in South Africa, but it appeared that mistrust had developed between the two men before Beeka’s murder.

Beeka initially served as Krejcir’s security consultant, but later the two made plans to go into gold trading and a gold refinery business together. Latterly, the relationship between them soured, notably after an incident at Beeka’s birthday party in Cape Town in November.

This is not the first time Krejcir has been indirectly linked to a weapons cache. According to a May 16 2010 statement by the Czech-born urologist, Dr Marian Tupy, who is the main witness against Krejcir in a case of insurance fraud, weapons were concealed at Krejcir’s Vaal River holiday home.

Tupy stated in his affidavit that Krejcir said he had a safe room built in the Vaal house but that a flood had led to workmen, who were busy digging trenches to “relieve the water”, gaining access to the place where the guns were stored. According to Tupy, Krejcir told him the workmen had taken the guns and were trying to sell them, but the police caught a man with one of the weapons, who then led them to Krejcir’s house.

In the affidavit Tupy said Krejcir’s attorney “defended the matter” and Krejcir was not charged.

Krejcir’s attorney, Eddie Classen, told the M&G his client denied having spoken to anyone about Beeka’s Centurion home. “He, similarly, denies any knowledge of weapons found at Beeka’s home,” Classen said. Regarding the weapons found at Krejcir’s Vaal home, he said, “as far as Radovan knows [these] were handed to the SAPS”.