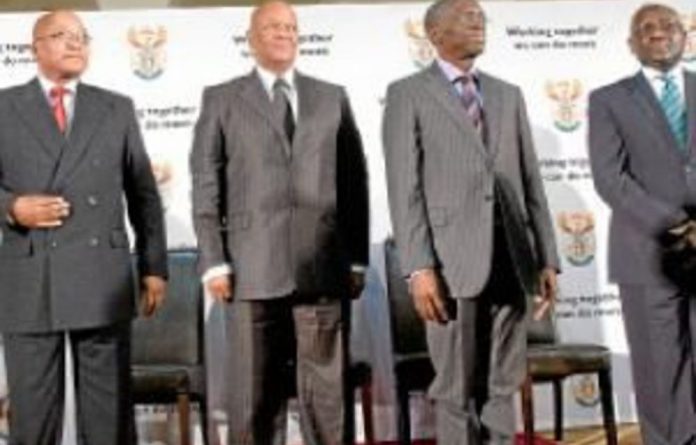 So the president wants to extend the tenure of the chief justice beyond the constitutionally permissible term? Terrible, too awful to contemplate, the deepest crisis ever to beset our young democracy, they cry. (Forgetting poverty, jobs and the crisis in the education system.)

Let’s litigate, the shout goes up. The troops are rallied, the blog bugle sounds and friends and allies are marshalled to the brawl.

It’s the principle for which we are fighting, say the warmongers and their cavalcade, we’re doing it for the cause.

We’ll take the battle to their own front gates (in constitutional litigation) and force them to acknowledge the righteousness of our suit.

All and sundry will recognise our determination to play the ball and not the man. Our constituencies will bless us for our service to humanity in the pursuit of truth, valour and objectivity.

And so, they fight the good fight, using the twin amici of sustained interaction with the media and court papers filed. And they win: the chief justice duly ends his term on August 14, having declined to accept the promised renewal of a term which would have forced his own generals to take up arms against him.

A luta continua. The regent has been deposed.

Who will follow? Which faction will rise to the fore in the unfolding vacuum?

An erudite jurisprude of the likes of Edwin Cameron or Dikgang Moseneke? The first black woman chief justice, Sisi Khampepe or Bess Nkabinde? A proven manager, in the form of a Bernard Ngoepe or a Lex Mpati?

Imagine the headlines, blogs and media releases which could have followed: “We lost a good man in Sandile Ngcobo, but now we can boast the first black female chief justice — we are vindicated.”

Or: “Ngcobo was on an upward path as regards transformation of the legal system and the court machinery, and his shoes have been ably filled, and this done (thanks to us) with constitutional alacrity.”

Or contemplate the crowing: “Independence of the judiciary is affirmed as the non-ANC-aligned Moseneke is appointed.”

We did it. We paved the way for the most important symbolic appointment of the constitutional era.

In this light Mogoeng Mogoeng’s appointment as chief justice by President Jacob Zuma this week is an artful and deeply telling move. Why let the victors have their day in court and their day of glory? Why hand them the fruit of their struggle on a platter, as it were?

The commentators thus far have missed the point entirely.

The appointment of a youthful 50-year-old, recent appointee to the court, removes future contest around this particular position for the foreseeable future and (returning to rugby) kicks the ball into touch.

It denies the righteous their valedictory and will surely make them wonder whether the battle was worth it after all.

The claims on the constitutional front may well have been legally correct and none of this is intended to imply that Justice Mogoeng will in any way be an unworthy or unfit successor.

The aim of this narrative is but to tell the story of how seemingly clever militants have been outwitted by a more wily strategist.

Julia Sloth-Nielsen is dean of the faculty of law at the University of the Western Cape. The article was written in her personal capacity and does not represent the views of the faculty or the university