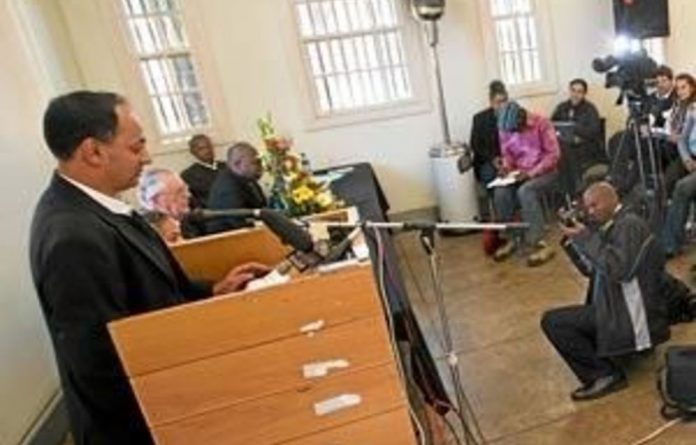 Stricter sanctions should be imposed on serial offenders in the print media and the press code of conduct should be revamped, according to the Press Council's keenly awaited review report, released on Thursday.

However, the review also says that in spite of problems with the existing system, self-regulation is the best way of upholding journalistic standards.

The 98-page report, compiled by a special task team, is the result of a year-long investigation into the newspaper industry's self-regulatory processes, comprising the ombudsman, the appeals panel, the press code and the complaints procedure.

The review panel drew on public hearings in the major centres of Johannesburg, Cape Town, Durban, Port Elizabeth and Bloemfontein and worked through 58 written and oral submissions.

Its purpose was to improve the quality of journalism by ensuring that a strong Press Council acted as a watchdog and to pave the way for a new term for the council, the current five-year term of which ends next year.

However, it was also intended as a response to the ANC's Polokwane conference resolution calling for the implementation of a statutory media appeals tribunal.

The ANC's sole contribution to the review was a letter, which the Mail & Guardian has seen, welcoming the process, but insisting that the party would press ahead with its proposal to ask Parliament to investigate, through a public inquiry, the effectiveness of existing self-regulation mechanisms.

The panel came out against ANC moves to impose statutory regulation.

Quoting Miklos Haraszti, the author of The Media Self-Regulation Guidebook, the panel asks: "Can governmental regulations make the press more professional or ethical? No. True ethics standards can be created only by independent media professionals and can be obeyed by them only voluntarily.

"Whether passed in goodwill or not, any attempt to impose standards on journalists by law will result in arbitrary limitation of their legitimate freedoms and restriction of the free flow of information in society.”
The report adds that any state involvement in regulating the press is incompatible 'with the constitutional value of media freedom".

"The Press Council is convinced that any attempt to create a statutory media appeals tribunal would not meet the test of section 36 of the Constitution.

"It would be a throwback to the 1980s when the press in South Africa was tightly controlled by the National Party government," the report says.

It also points out that two-thirds of complaints referred to the council are upheld, meaning that it can hardly be accused of ruling consistently in favour of the press.

The ANC has consistently argued that industry funding of the Press Council means that it cannot be impartial.

The review also proposes the creation of two new positions: that of press council director, who would focus on public engagement in relation to standards of journalism and media freedom, and that of public advocate, who would help members of the public with complaints.

It calls for the new system to be more proactive and to distinguish between mediation, arbitration, appeals and public engagement.

The ombudsman should initially point out publications that are repeat offenders.

Recidivism
In the event of further infringements, the review says, a special hearing should be convened, explanation sought and a plan devised to prevent "further recidivism".

The review calls for the banning of plagiarism and for the rules on discrimination and hate speech to be beefed up.

It says that hearings should be advertised and the system should be open to public scrutiny.

A toll-free number should be adopted to make it easier for complainants to contact the council, while the services and role of the ombudsman and council should be marketed, perhaps through social media.

It also calls for an annual review of the print media.

These organisations will then forward it to the newly formed Press Freedom Commission, set up by Sanef and headed by former chief justice Pius Langa, which is conducting an investigation into press regulation and is expected to report next year.