When dub beats the originals 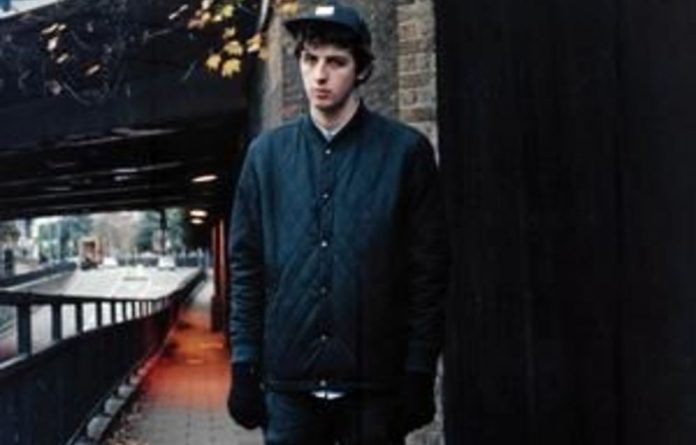 In the late Sixties, producers King Tubby and Lee Scratch Perry were at the forefront of pioneering a new sub-genre of reggae called dub.

This new style was basically instrumental remixes of songs, configured anew by removing the vocal tracks and emphasising the bass and drum parts, often with the use of echo, reverb and panoramic delay.

This new music went on to have a significant influence on genres such as punk, hip-hop, techno, disco, post-punk, house and trip-hop over the next decades.

Dub soon moved from dubbing a single song to taking on an entire album, such as Burning Spear’s 1976 classic Garvey’s Ghost, which was a dub imagining of the band’s 1975 album, Marcus Garvey.

It is a tradition that is embraced by numerous artists to this day — often by those who do not even operate in the reggae or dub markets.

This year dub has given new life to two records that were highlights last year, and thanks to a bit of expert knobfiddling they have been reborn.

The first is the product of young producer Jamie xx of The xx fame.

Whereas The xx’s debut album, XX, earned them the prestigious Mercury Prize in 2009, Jamie xx has also been making a name for himself with his solo work and remixes.

No surprise then that when XL Recordings was looking for a hot new producer to do a dub of Gil Scott-Heron’s 2010 album, I’m New Here, Jamie got the call.

Making beats better
Having grown up listening to his parents play Scott-Heron’s albums, Jamie was honoured and got to work. The finished product, titled We’re New Here is not just better than ­Scott-Heron’s ­original album but is also one of the best albums of the year.

Although technically not strictly a dub record, We’re New Here uses the techniques of dub to create a dance-floor killer — a postmodern dub record, if you like.

“I wanted the album to sound a bit like being in a night club,” Jamie was recently reported as saying. Well, that’s mission accomplished.

We’re New Here takes fragments of Scott-Heron’s spoken words and crafts around them some of the most banging bass lines and beats you will hear all year.

With Scott-Heron having passed on in May, the album sounds as though his ghost is speaking to us from the heart of a 2011 dance record. This is rather fitting, considering how closely associated dub music is with the word ghost. In fact, it has been suggested that the word dub derives from the word “duppie”, a Jamaican patois word for ghost.

Too many highlights to mention
The song Running is transformed from a primal percussion-led piece into monumental psychedelic dance music, and Home is a highlight that sits somewhere between trip-hop and dub.

But singling out highlights on this album is a pointless exercise. Much like Scott-Heron’s original album, Jamie’s dub needs to be consumed as a whole to really soak up all its goodness. Sure, the critics will argue that Jamie was gifted amazing source material with which to work, but We’re New Here deserves to be judged on its own terms — and for my money it is one of the best electronic albums of this year.

The other album that has been redone in dub style is Steve Mason’s Boys Outside. Released by Domino imprint Double Six last year, Boys Outside was the first solo album by the former Beta Band frontman and also his best work since he left the band.

The album harked back to the folk-tronica sound that the Beta Band had done so well and his songs benefited from great production by Richard X.

MIxing with the best
Now we get Ghosts Outside (Just Music), the dub album produced by legendary reggae guitarist and ­producer Dennis Bovell. He initially made a name for himself with British reggae outfit Matumbi, but would later go on to produce a number of records for the likes of the Pop Group, The Slits, Fela Kuti, Orange Juice, Madness, Alpha Blondy and I-Roy. He is most famous for his work with poet Linton Kwesi Johnson and is still the band leader for this ­legendary dub poet.

This latest collaboration took place after an introduction from Massive Attack’s Daddy G, which resulted in Mason and Bovell bunkering down in the Livingstone Studio in north London earlier this year.

Under the watchful eye of Mason, Bovell added additional instrumentation to the tracks, first turning them into reggae songs and then dub. “All I had to do was find the reggae in the songs and bring it to the fore,” says Bovell of his production work.

It is a credit to Bovell that some of the songs on Boys Outside have actually been improved by his deft skills. An example is Stress Position, a synth-driven number that sounds as though it owed a debt to David Bowie on the original album, but Dub Position is an apocalyptic soundtrack to which you could actually dance.

Yesterday has been transformed from a claustrophobic keyboard-driven number into a lethargic dub killer filled with horns and a mad bass groove — if it was any slower, it would have to come with a health warning.

Although Ghosts Outside is nowhere as essential as We’re New Here, it is a stellar recreation of Mason’s original work and fans of both Mason and Boville will find plenty to love.