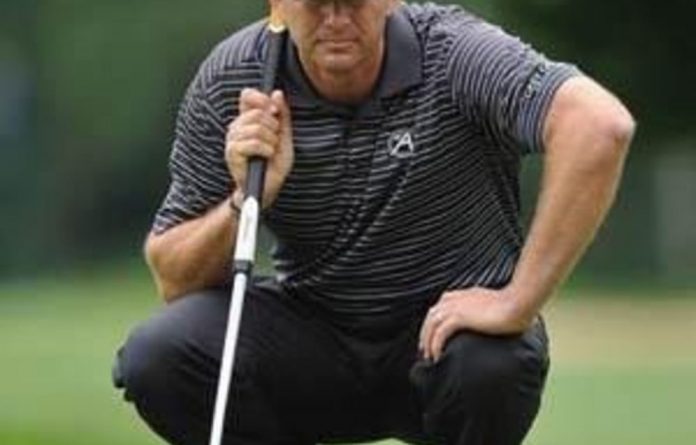 Retief Goosen is nursing a broken toe heading into the first round of the PGA Tour playoffs following a freak boating accident in the driveway of his Florida home.

The two-time US Open champ needs to make the cut this week at The Barclays in order to keep his season alive. Goosen finished 101 out of the 125 players who qualified for the FedEx Cup playoffs.

Mindful of the fast approaching Hurricane Irene on the US eastern seaboard, Goosen decided to move his boat into the garage but in the process the front wheel of the trailer ran over his right foot fracturing his big toe.

“It went blue instantly,” Goosen said. “I had X-rays and they said it was a fracture. But I don’t think it is. It’s not as sore as it should be. But all the other toes are getting sore now because I’m walking funny.”

Goosen is not the only South African to get into the 125-man field playoffs with a high seed number. Ernie Els finished 30th at last week’s Wyndham Championship to move up eight spots and finish 118th in the rankings.

In the best position
This marks the fifth year of the PGA Tour postseason which begins at the Plainfield Country Club on Thursday.

American Tiger Woods failed to qualify when he missed the cut at the PGA Championship, the final Major of the season. Woods has a brilliant past record in the FedEx Cup, being the top seed three out of four years and winning the overall title twice.

The top seed this year is Nick Watney, whose has won twice this year.

“I feel like I’m in the best position I can be, and I’m very pleased with the year so far,” Watney said. “But we have a long way to go. I’m excited to see if I can hold up in these next four events.”

Phil Mickelson is chasing his first PGA Tour playoff title as the sixth seed. He is the lone player to be seeded in the top 10 each of the four previous years. — AFP