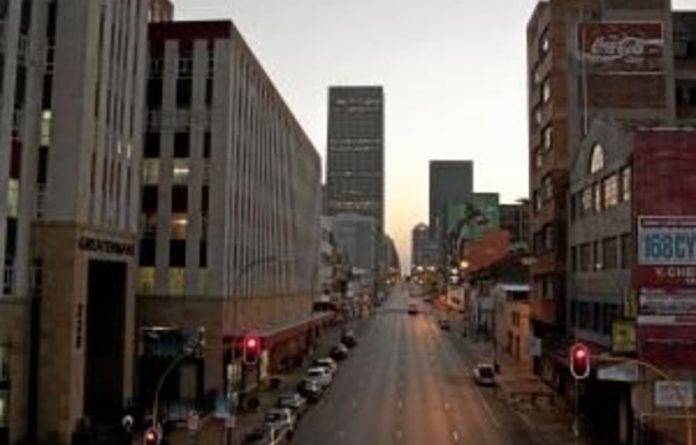 There aren’t too many images of city life around; those that emerge are infested by emo girls and pretty-boy vampires (or vice versa) rehearsing stale, positively Victorian chastity fables.

Personally, I blame Tolkien. The profound anti-modernism that pervaded his work and that of his acolytes scarred the genre for a long time and, in effect, cleared the space for vampire chick-lit. Magic withers in the Age of Iron; elf off on a barge to the Enchanted Isles or perish. So when fantasies about cities, reflecting contemporary sensibilities, do appear, publishing industry marketers often reniche them. Train or clockwork in it? Steampunk. Horror and speculative science mixed in? New Weird. Slick, gleaming industrial technology? The more respectable cousin, science fiction, of course.

Yet those subgenre literary boundaries are as meaningless as their equivalents in music. (World Music? Anything that doesn’t sound like America.) The most compelling speculative writers have always written across and between the boxes. And the location that most perfectly embodies a sense of all categories and yet none is the city.

“The cities of the world,” wrote Jean Baudrillard, “are concentric, isomorphic, synchronic. Only one exists and you are always in the same one. It’s the effect of their permanent revolution, their intense circulation, their instantaneous magnetism.”

Baudrillard’s sites of simulation, Jorge Luis Borges’s The Aleph, Michel Foucault’s Heterotopia and urban theorist Edward Soja’s Thirdspace all represent philosophers’ attempts to shape a discourse expressing the city’s heterogeneity of contradictory spaces, impossible temporal frames and contending cultures. But for those of us who don’t relish an unrelieved diet of jaw-breaking neologisms, sometimes the fantasy writers do it better.

Using the world as we see it
The first fantasies were myths, folk and fairy tales. They had classical, tribal or feudal settings because those were the settings in which their makers lived. By 2030, more than 60% of us will live in cities. And so, in the words of urban fantasy author Kate Griffin, “the idea of a newer magic, in which dryads live in sacred lamp-posts and Gandalf’s staff would light the way with a sodium-neon glow” feels far more relevant. “I dislike the concept of magic as long dead, semi-Latinate words mumbled by mystics with insights into ancient ways,” Griffin said. “It should be something alive and new, full of wonder, rather than dusty and obscure.”

The cities of modern urban fantasy may have their share of cowled mages and armoured knights too. But the armour could be made of titanium, the mage may manipulate genes and around the corner a bunch of strikers with fins might be boarding a train, in the shadow of a bombed-out Gothic temple to a god we’ve never heard of. The shocking juxtaposition of unlikely elements both reflects and stretches how we experience the cities we actually live in.

It’s impossible to select the best fantasy cities. My list would start with Fritz Lang and Thea von Harbou’s Metropolis, and its predecessor, Alexei Tolstoy’s constructivist Mars, back in the early 1920s. It would certainly include M John Harrison’s Viriconium, with its wicked deconstruction of meticulously mapped worlds such as Middle-Earth.

But many beguiling fantasy cities have parallel lives in the real: magical Londons pop up all over the place; there’s the Venice of Iain Banks’s Transition; Sergei Lukyanenko’s Moscow; Ian McDonald’s Istanbul; and the Singapore where Liz Williams put Inspector Chen to work. All have that sense of layers of time running simultaneously, and the impossible waiting, just round the next corner.

Closer to home
So does the Johannesburg in which Lauren Beukes set Zoo City; what she calls “everything in one city, a multicultural mash-up of people and ambitions and desires” — heterotopia again. And Beukes won’t be the last writer to find the African city a particularly fertile terrain for imagining new geo-graphies and sociologies of magic and science. Africa’s Soja is probably AbdouMaliq Simone, once at Wits University, but now professor of sociology at Goldsmiths in London.

In the introduction to his most recent working paper, Simone describes the creative potential that gives African cities such magnetism as sites not only of research but also of literary imagination: “Across urban Africa, much discussion concerns the imposition of macro-structural devices — ie, various reforms and infrastructures — or on some inherent resourcefulness of cities left on their own. What remains to be explored is how these trajectories meet — where, under what circumstances, and for what possible outcomes.”

Gwen Ansell will chair “Science Fiction and Fantasy in the City” on September 3 from 2.30 to 4pm in the Laager (Session 6). On the
panel are Lauren Beukes, Louis Greenberg, Tom Learmont and Sarah Lotz.