Killer is death on the dance floor 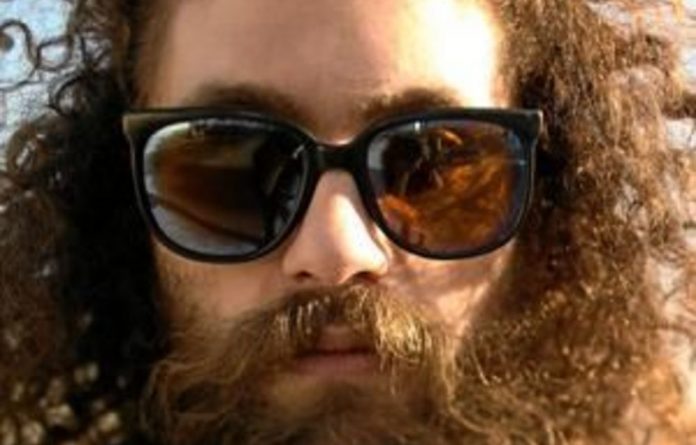 The first time I saw the Gaslamp Killer, I was a photographer covering an outdoor music festival in Los Angeles.

I remember being at once blown away and frustrated because he refused to stay still. With a menacing jewfro that thrashed around wildly, I couldn’t get a clear shot, but I couldn’t tear my eyes away from the stage either. In a kind of demonic way, he is impossible to capture. His Twitter profile says: “I will tear your fucking face off.” And it’s no lie. He will. South Africa, you have been warned.

The Gaslamp Killer, aka William Benjamin Bensussen, is a Los Angeles-based beat producer and DJ who achieves the rare feat of having an outstanding stage presence. Skilled at the turtable, his energetic performances come with high-voltage live commentary, manic dance moves and about a thousand creative uses for the word “motherfucker”.

Bensussen is better known as a resident DJ at the world-renowned Low End Theory club nights in Los Angeles. In 2010, he worked with musician Flying Lotus on the production of the acclaimed debut album of performer Gonjasufi.

The South African tour is a step forward for Bensussen and Low End Theory in terms of future collaboration. With the exception of Ras G, who performed at the Pan African Space Station in Cape Town in 2009, there has been little exchange of talent.

In the midst of his European tour, I spoke to Bensussen about his visit to South Africa.

“I am very, very excited. I am so looking forward to it,” he said. “I don’t know what to expect from the crowd. I asked Ras G and he told me to expect really warm people. I’ve been telling all my friends and family. It’s one of the biggest pieces of news for me.”

Catching on
Prior to finding his niche in Los Angeles, Bensussen frequented the Gaslamp District in San Diego. He played the kind of “out there” music that cleared dance floors, or rather, killed them. Eventually, he became known as the Gaslamp Killer, but by then he was performing at major international festivals like Sonar, Coachella and Lowlands. What’s it like to be that guy?

“It’s such an incredible feeling. All my life, my music has mostly just been upsetting people in general. Now it’s finally starting to take shape. It’s what I’ve been working towards.”

It is hard to predict what you can expect from a live set. As one might observe from his many mixtapes, Bensussen is a hardcore music nerd.

Aside from his own music, his sets are infused with everything from psychedelia to funk, dubstep and left-field hip-hop, with a good measure of Nirvana, Beatles or Hendrix thrown into the mix.

The last few times I saw him live, he couldn’t get enough of Warp Records’ latest whizz-kid, Hudson Mohawke. Asked whether we can expect some of that, he said: “Hell yeah! That’s my shit. I love that album.”

Importantly, he said: “I would love to collaborate with South African artists. Or even get some time in the Red Bull studios in Cape Town while I’m down there. It would be such a beautiful experience. I’m totally open to it.”

A progressive force
Bensussen’s role as one of the resident DJs at Low End Theory needs to be emphasised. Conceptualised in 2006 as a weekly Wednesday night showcase of what is now called “beat music” at local watering hole the Airliner in Lincoln Heights, Low End Theory has become one of the most progressive forces of electronic music in the world.

During the 1950s, many major jazz musicians from Los Angeles such as Charles Mingus and Eric Dolphy became famous by leaving the city and relocating to New York.

But now Low End Theory is claiming back that history by being a proudly Los Angeles phenomenon. At its centre is the philosophy of a beat family and community that has been the launching pad for producers such as Nosaj Thing, Daedelus, Baths, Flying Lotus and Ras G. Earlier this year, Low End garnered visible endorsement from Radiohead frontman Thom Yorke, who was featured in two surprise performances.

“Crazy”, “erratic”, “murderous” are a few other words that conjure up a live Gaslamp Killer performance. All you need know is that your ears might need time to recover. A message straight from the beatsmith is: “South Africa, I am bringing everything for you. I’m pulling out all the stops. I want these to be the best shows of my life.”

There you have it. Show him some love, will ya?