Mining a seam of talent 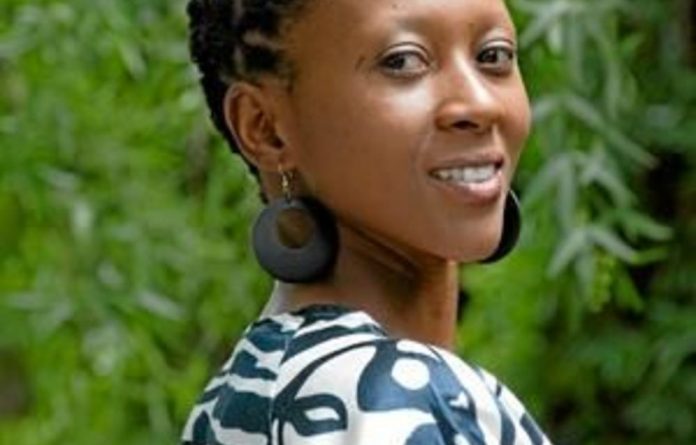 It boasts the largest man-made forest in the world.

Uniquely for a city its size, it is not situated on a river or near other large natural water sources.

Johannesburg should not be, but another resource, gold, made an irrefutable case for its founding as a mining town in October 1886. Canvas and dust have become concrete and forest and lawn.

Jo’burg’s time has come — or at least its 125th birthday. The conurbation called diversely Jo’burg, Jozi or Egoli is the centrepiece and main theme for this year’s M&G Literary Festival, which runs at the Market Theatre in Newtown, Johannesburg, from September 2 to 4.

Under the title, “Five Quarters: Jo’burg at 125”, the festival aims to focus on the city in the world, and the worlds in the city. Panel discussions on the programme will examine living in Jo’burg as portrayed in fiction, speculative fiction and non-fiction.

Chairing the nine panels are specialists such as Jon Hyslop (on the discussion “Memories of the City”), Steven Sack (“Jo’burg: Renewing, Restoring, Reviewing”), Gwen Ansell (“Science Fiction and Fantasy in the City”), Craig MacKenzie (“Aspects of the South African Novel”) and Sunday Independent literary editor Maureen Isaacson (“New Writing from the City”).

Ghost of Jo’burg past and to come
Among questions the festival will raise — but not, perhaps, answer — is what futures the future has in store for Jo’burg. At a basic level, does the crude impress of Jo’burg’s mining-town origins condemn it to being what Charles van Onselen so evocatively dubbed a New Nineveh and New Babylon? Is it condemned forever to be a temple of Mammon? Or can the word, culture and the arts save the place?

And what exactly constitutes Jo’burg? Professor Karl von Holdt’s opening address, “The Johannesburg Moment”, could lead the way in locating Jo’burg as an idea as well as a geographical and physical entity. Von Holdt opens the festival in the Main Theatre on Friday September 2 at 7pm. Von Holdt, director of the Society Work and Development Institute at the University of the Witwatersrand, and Michael Burawoy are working on a book on Pierre Bourdieu, the late and influential sociologist.

Conversations with Bourdieu: The Johannesburg Moment will be published by Wits University Press in October.

Out in time for the festival is City of Extremes: The Spatial Politics of Johannesburg by Martin J Murray (Wits University Press), which Wilhelm-Solomon reviews in this festival supplement. A researcher at the African Centre for Migration and Society, Wilhelm-Solomon says of the book: “It traces the lines of a city in which profound daily violence and suffering coexist with theatrical excess.”

The discussion “Jo’burg: Renewing, Restoring, Reviewing” will take a close look at those conditions, while the parallel session “Memories of the City” will offer a retrospective, possibly gentler view.

Poetic notions
Ingrid de Kok and Hirson swop poems in a session introduced by fellow poet Krog. Today I Do Not Love My Country, from the collection, is published on the festival special report website.

Scar, from Hirson’s collection Gardening in the Dark (Jacana 2007), is also on the site.

Ideological and practical battles between workerists and charterists will be discussed in “Workers of the World Unite: Labour, the ANC and History”, which will be chaired by Mail & Guardian editor Nic Dawes. The panel is made up of Mbeki, editor of Advocates for Change: How to Overcome Africa’s Challenges (Macmillan); South African Labour Bulletin editor Kally Forrest, whose Metal that Will Not Bend, a history of the National Union of Metalworkers from 1980 to 1995, is fresh from Wits University Press; and Susan Booysen, whose The African National Congress and the Regeneration of Political Power will be published in September, also by Wits.

Speculative visions of the city take centre stage in “Science Fiction and Fantasy in the City”, chaired by Ansell, the M&G‘s SFF reviewer.

The panel will be Lauren Beukes, Louis Greenberg, Tom Learmont (Light across Time, Kwela) and Sarah Lotz. Greenberg and Lotz could tell festivalgoers about an author they know well but who has yet to make a public appearance in the books world — SL Grey, author of The Mall (Penguin).

Shared and personal experiences
MacKenzie, who chairs “Aspects of the South African Novel”, is an expert on Herman Charles Bosman and University of Johannesburg professor of English. On the panel are M&G chief fiction reviewer Jane Rosenthal; poet, novelist and Stellenbosch University professor of English Leon de Kock; and Kgoleng.

Memoirs reflecting the convergence of the personal and the political are showcased and discussed in “Memory Is the Weapon”, with the panel, which will also be chaired by Dawes, including Lewin (Stones against the Mirror, Umuzi) and Kasrils.

“New Writing from the City” will look at writing from new and established novelists. On the panel are Cynthia Jele, Jassy Mackenzie and Rose-Innes. Mackenzie is the creator of the Jade de Jong thrillers, the latest of which, Worst Case (Umuzi), hit bookstores last week.

The festival’s opening session, “Not in Black and White”, will be about more than the dynamics of race and class in South Africa. The session’s title speaks also about the contested condition of the country, its literature and its literary future. The panel is made up of Memela, Mngxitama (the force behind New Frank Talk), and Forde, author of An Inconvenient Youth: Julius Malema and the “New” ANC (Macmillan).

There is much more about the festival in the special report on the M&G website. Also visit the site for video interviews with authors, book extracts, poems and news articles.