No parking off for Jo’burg’s Tau 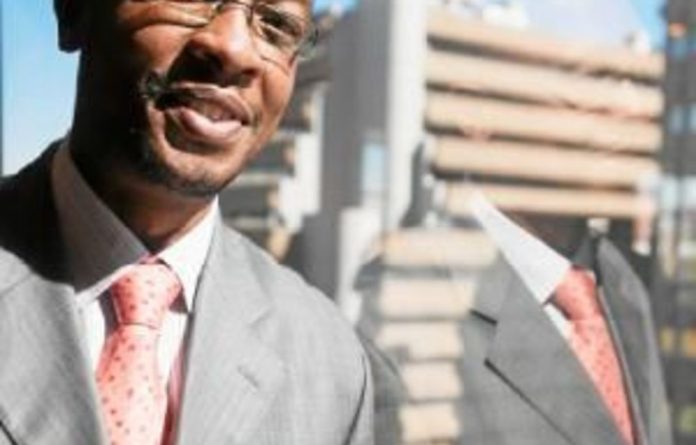 ‘Are you really the Jo’burg mayor?” This is a question that Parks Tau gets asked a lot because of his youthful appearance. He is 41, but looks half that age.

Considering the responsibility of the job, particularly that of the growth and development strategy (GDS) 2040 he’s just embarked upon, the look is a “bit of a disadvantage”. He hints that he doesn’t want to be the proverbial book judged by its cover.

Neither overwhelmed nor underwhelmed by the responsibility, in fact, it’s what he finds exciting about the new job, this father of three boys who lives in Winchester Hills in the south of Johannesburg tells the Mail & Guardian, in an interview that took a few minutes to organise.

He is fresh-faced, frown and wrinkle-free, thin, slightly taller than average, and wears a grey suit and pink tie quite confidently as he stands before his first meeting with the Johannesburg Press Club last week. He may not be the world’s most charismatic speaker, but he is intelligent and talks directly to the gathering with no speech in hand. Tau looks as though he’s just landed like a breath of fresh air into the City of Johannesburg, but in fact he has been there since he was 25.

So, even when he tries to avoid irritating jargon, he can’t completely. Says Tau: “We must have clarity of language when we talk to people: what does accelerated social development mean?”

Is it possible that Tau’s new mayoral committee’s long-term growth and development strategy could give Cape Town’s Helen Zille a run for her money?

The GDS process includes a nine-week public-outreach programme, which will culminate in a summit on October 20, where the new 30-year strategy will be formulated. To this end, the mayor has employed Facebook and Twitter accounts, as well as YouTube, to get the public to participate in changing the face of its own city and ensure its sustainability. Tau’s unreserved use of social-media tools to promote communication with the public and get his message out there is part of the advantage of having a young mayor.

The responsibility must be enormous, given that Johannesburg is expected to grow 66% over the next 30 years and water, sanitation and power has to keep up. Should we panic?

“Research and planning is an integral part of making things work, and yes, the general trend is towards population growth, but at a decreased rate of 1.6% per annum,” he says. “Jo’burg is not such a densely populated city and we are looking at how to optimise and upgrade the infrastructure we already have.

“Should we be using energy in the way that we do or should we be looking at solar and other alternatives like gas and wind. We need a return on investment in the economy,” says Tau.

Partnering with the public
The important thing is the implementation of all the grand plans for water, energy, waste, household growth and roads once they are finalised after the summit.

Meanwhile, there are indications that the city is moving forward. For instance, last week it joined forces with the Hawks and caught a few cable thieves, which led it to some of the syndicates in operation. Cable theft is threatening to derail the multibillion-rand Gautrain operation.

It is this kind of collaborative effort, according to Tau, that could work if the public came on board. In not so many words, the new attitude should be: stop whinging and whining and start working with the council to solve the city’s myriad problems.

One of the city’s main issues is to speed up service delivery, for example, in the sorting out of incorrect bills. The correction process — the complaint, reading a meter, then correcting the problem — should take less than a month, he said. “We are turning the corner, but I have to say that it is the citizen’s responsibility to pay for electricity and water, not the council’s responsibility.”

At a seminar on resource sustainability, one of the many seminars conducted by the city recently, councillor Ros Greeff, the mayoral committee member in charge of infrastructure, said current estimates are that the city will grow from the current 3.88-million to 6.5-million people in 2040. This represents an additional 200 000 households every 10 years.

The seminar formed part of the city’s programme to revise its growth and development strategy, taking into account the needs for the next 30 years.

There have been a few breaths of fresh air in Johannesburg since Tau’s appointment.

Research, planning, communication with the public, the use of social media and the admission of mistakes is all taking place.

Last week, there was consultation with the public on energy alternatives and this week the subject is health, poverty and the burden of disease. Some of the other themes that will be tackled in the public consultation processes include transport, environment and governance.

“Democracy,” says Tau, is more than just about elections.

And so, every Tuesday, he and his mayoral committee analyse all online inputs from the academic sector and social media that will be used for the summit on October 20. Meanwhile, submissions are pouring in.

What to expect
There will be huge public-education campaigns: on the pre-paid system, on why you should not water your garden at lunchtime, issues related to the environment and acid mine drainage, and how and why waste should be separated. Meanwhile, potholes proliferate but are being fixed slowly and traffic lights often don’t work, causing snarled-up roads. But you may have noticed all sorts of digging on the sides of roads recently. Fibreoptic cables are being rolled out throughout the city to give the public access to telecommunications. The city is installing broadband connectivity.

It has raised some eyebrows about priorities: we have electricity outages, but are making headway with broadband? For Tau, nothing should be neglected. And so broadband will be installed and research into alternatives to coal, such as gas and wind energy, is also taking place so that future electricity supply is guaranteed.

Tau admits that we shouldn’t expect “miracles” from him, but should look forward to huge improvements.

The outgoing chairperson of the Johannesburg Press Club, Hopewell Radebe, tells Tau the media is “not out to get everyone” and that he deserves a chance to succeed.

“All journalists will be calling for more information on your roll-outs and upgrading of infrastructure.

“The best way to make the media report correctly and accurately is for you to keep communication open with us all the time,” Radebe tells a keenly attentive Tau.

In a follow-on interview with the M&G, Tau says that he is enthused rather than daunted by the challenges that face him. “I have the opportunity to turn things around,” he says.
Pressed on whether he will compete with Zille to make Jo’burg more efficient than Cape Town, Tau just laughs: “I’m looking for benchmarks internationally. I need to perform optimally and continuously.”

Tau is aiming high. Is he the man for the job? Johannesburg will be watching.

When Pikitup stopped replacing bins for free, it created a new business in Soweto. But the lockdown regulations are strangling it
Read more
Analysis

The Nodal Review might transform South Africa’s biggest city. Implementing the new policy, which has the potential to open wealthy suburbs to impoverished residents, is the challenge
Read more
National

For two years the man parachuted into a City of Johannesburg department dealing with the biggest and most crucial contracts required to run the city has been suspending and sidelining top officials in an apparent effort to direct the outcome of multimillion rand tenders. We track down who this man is and why it had taken so long for the city to investigate him
Read more
Politics

The solo show by Sam Nhlengethwa explores the many sites and scenes of the city, caught in a loop of ambition and horror
Read more
Advertising
Continue to the category
Coronavirus