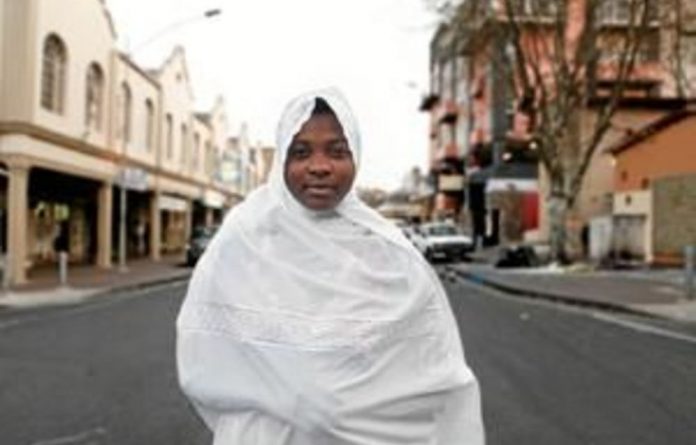 Aside from being a month known for hunger, toil and sacrifice, Ramadan is also a time of unity and camaraderie, when both men and women are equal in suffering for their God.

Yet during one of the most important parts of the fast, the evening Taraweeh prayer, it is apparent that men are perhaps more equal before God than women. Or at least that’s what the situation feels like in many South African mosques.

It is 2011, and the rest of the world has witnessed the struggle for women’s rights come and go. Yet in our mosques women still have a battle to fight, one that has been raging for decades.

Step inside the women’s section at the Houghton Jamaat Khana, and you would forget you were in a mosque at all. While the men stand behind the imam, get to see and hear him and partake in any lectures or talks, the women’s section is literally a room to one side, with a speaker and a few books. You may as well be at home.

With this physical separation and isolation comes a very clear message about a woman’s place in the mosque. They are not to be seen, heard or acknowledged. They are not to partake in discussions or lectures and they are not to express any thoughts or opinions. In fact, it would be better if they just weren’t there at all.

Not all mosques are like this, of course. A few mosques in Johannesburg and Pretoria, especially in the formerly coloured areas, and many mosques in Cape Town, have large areas for women that are spatially created in a way that includes them in the life of the mosque. There, women read from the Qur’an and sing religious songs; they give lectures after Taraweeh during Ramadan and at the auspicious Jumu’ah prayer on a Friday afternoon; and, at one or two mosques, they even lead the prayer.

And yet there are still mosques in the most liberal and secular areas of Johannesburg where there are no areas for women to pray.

During the time of the Prophet Muhammad (peace be upon him), spatial constraints and logistics meant that men prayed in front, with children behind them, and women at the back. Sometimes, the women would pray next to the men, depending on the mosque.

Last week marked the 15th Islamic anniversary of the death of Shamima Shaik, an activist who led other women into mosques in Johannesburg during the nineties to stand up for their rightful space to pray. Shaik’s work hasn’t been forgotten: there are mosques in predominantly Indian areas such as Fordsburg that have changed their attitude towards women at mosque, albeit slightly. But it’s not enough.

Now, as Eid ul-Fitr, the celebration at the end of Ramadan, gets nearer, the voices that do not want women at the morning Eid prayer get louder. Every Eid, without fail, a group of people, including women, will claim that a woman’s place to pray is in the home and go so far as to promise God’s wrath if she attends the ceremony.

If I could give Muslim women a challenge, it would be to go to any mosque, with or without space for women, for the Eid or Taraweeh prayers.

If there is no space for women, stand behind or next to the men. If the space for women is inadequate, refuse to be pushed into a small corner. Why should women be forced to the back, when they are taught that the further forward they are to the front of the mosque, the more reward they will receive?

If women get hungry during the fast, just like men do, if they get thirsty, if they get tired, if they struggle to make it through the day and in many cases still have to spend their afternoons cooking for their families, surely they are good enough to receive equal space to talk to their God.

Women of Waqf start a movement

Throwing the boeka at crime: How Muslims are reclaiming the streets