The right to write 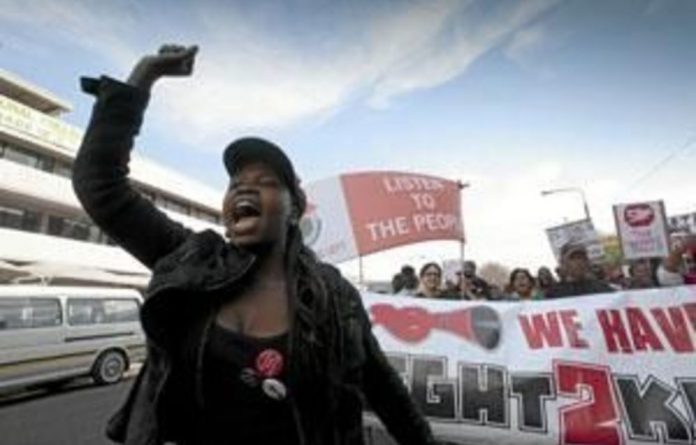 Media freedom in South Africa is under threat from the government, the ruling ANC and one of its alliance partners — the South African Communist Party (SACP).

The threat exists despite the fact that media freedom is guaranteed in the Constitution (1996) under the principle of Freedom of Expression, which says everyone has this right, “which includes: freedom of the press and other media; freedom to receive or impart information or ideas”. The threat from the ANC (with strident support from the SACP) can be seen in the proposal for a statutory Media Appeals Tribunal.

The threat from the state security apparatus can be seen in clauses in the Protection of Information Bill (secrecy Bill) and the threat from the government takes place from time to time when it threatens to withdraw advertising from the commercial press. Some high profile errors have handed ammunition to critics. But these issues are being used in a disingenuous guise for the loud chorus to make the press more “accountable” (read Media Appeals Tribunal).

After the Press Council conducted extensive research on regulation in the country and around the world, it concluded last week that self-regulation is the most appropriate system within a democracy, while a media tribunal would be completely at odds with the Constitution.

A resolution was passed in December 2007 at the ANC’s policy conference in Polokwane that a media tribunal should be investigated by Parliament. If this is implemented it will mean statutory regulation of the press, which means, ultimately, accountability to politicians rather than peer review and the public. In response to this threat, several initiatives are under way: the South African National Editors’ Forum (Sanef) has a Media Freedom Commitee.

The Right2Know campaign has set up a media freedom commission and is planning a national summit on the media tribunal soon. The Press Council, in response to the need to improve standards in the industry, conducted a year-long investigation and has made several far reaching proposals, some of which include that when mistakes are made in the press apologies should be as big and prominent as the original story.

It proposed that the Press Code should be stricter and more care should be taken when considering dignity and privacy. But the ANC has slammed the proposals by the Press Council as not far reaching enough.

The secrecy Bill has no public interest defence, and was recently denounced by former intelligence minister Ronnie Kasrils as a “dog’s breakfast of toxic gruel”. The lack of a public interest defence means that whistle-blowers, journalists, citizens and trade unionists could face jail sentences of between 10 and 25 years for disclosing or publishing classified information.

The latest view from certain members of the parliamentary ad hoc committee working to finalise the Bill before its “final” September 23 deadline is that perhaps there should be no definition of national interest after all. Civil society has been asking for a clearly and narrowly defined “national interest” definition so that state officials would not be able to willy-nilly classify whatever they want to.

Keith Khoza, national spokesperson for the ANC, said that the ruling party believed that the Bill was now ready to “go before Parliament”. “Parliament’s ad hoc committee has dealt with the different concerns. We are at a stage where we need to take the next step forward,” he said.

He dismissed concerns that the Bill would stifle media freedom and imprison persons wanting to speak out against government corruption. Khoza also said that the ANC wanted to push on with its plans to launch a media regulatory body.

“The ANC is still committed to the Media Appeals Tribunal. It’s a process that we are going to resume. The ANC’s position was to give the media a chance to come up with their response. They have launched the Press Freedom Commission (PFC) that will respond to the need of an appeals mechanism. That might have its limitations and we will package our argument,” said Khoza. Cosatu, some opposition parties and the R2K campaign have all separately promised constitutional action against the Bill.

The opponents believe the Bill is fundamentally flawed, out of tandem with democracy and the Constitution and cannot be fixed in piecemeal fashion. The PFC launched in July is also opposed to the media tribunal.

Dr Phillip Mtimkulu, spokesperson for PFC, told the Mail & Guardian that research was under way into various mechanisms of self-regulation and it would present a report to government on best practice. “We are not taking an antagonistic position against the government. But we are very wary of the government imposing statutory regulations on the media. The state can’t decide on the standards of good journalism and then act on that. Let us be careful of that. An independent judiciary body could become the most ideal,” said Mtimkulu.

“We are concerned that there could be unacceptable legislation that will hinder the operation of the press as a watchdog of society. The press is an important core of democracy. It’s incumbent on the press to represent the citizens of our country. If we have state regulation of the media it will not be able to execute its function as a watchdog in society.”

Media Monitoring Africa, academic institutions, the Mail & Guardian and civil society organisations have declared September 10 – 16 Media Freedom Week. This is a week long dialogue in which South Africans will be talking about the importance — or lack of importance — that the media plays in their daily lives. In addition a Pan African Conference on Access to Information is being held in Cape Town on September 17-19.

Glenda Daniels serves on the national working group of Right2Know.