Why are we considering placebos? 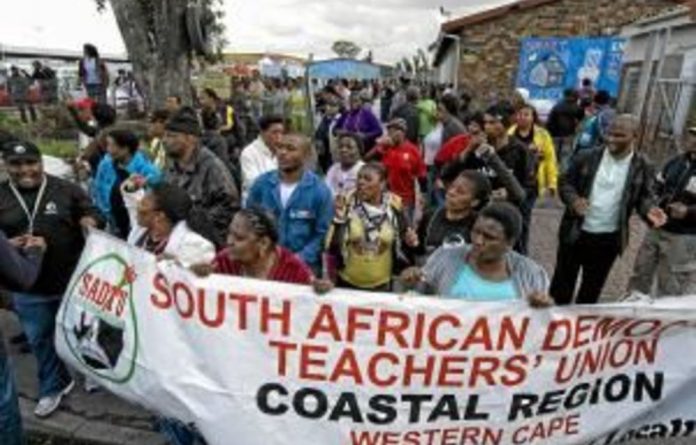 There is a healthy debate springing up about the need for educational reform in South Africa and three solutions are increasingly offered. They centre on:

But these are red herrings. The solution to education’s multiple ills does not lie in less state involvement but in more effective state policies designed to include the majority of children in an effective, high-quality state education system. Only the state has the resources and the capacity to ensure and secure these ends.

Such policies would emphasise the importance of retaining the idea of education as a crucial right of citizens in a democratic state and therefore a central responsibility of the public rather than the private sector. From this perspective, teacher unions, as the legitimate professional representatives of teachers, are central to solving the problem. Means must therefore be devised to harness their professional power to the reform of the education system.

What is entirely missed when the first of the three “solutions” above is advanced is the economic context in which policy has been constructed since 1998. This is the neoliberal macro-economic policy (Gear and its successors) that has copied international trends in the marketisation of education, cutbacks in social expenditure and “cost recovery” (by means of public responsibility) as central motors of policy development in order to limit calls on the public purse and keep down taxation.

The 1996 South African Schools Act provided for the control of schools by elected parental governing bodies. It gave parents substantial powers of school governance, with control over school properties, school finances and admission policies. It came from a market-driven approach to education that cast parents in the role of consumers who could shape public schools to their “needs”. School governing bodies (SGBs) were seen as mechanisms for democratic empowerment.

Middle-class schooling
The consequence was to secure middle-class schools for middle-class parents and communities. Such schools began to charge high fees to maintain educational quality and social advantage. The choice of schools turned out to be choices only for those who could afford such fees or who could afford to relocate to formerly whites-only suburbs where residence gave access to what used to be called Model C schools.
For various reasons (such as poverty, lack of resources, shortage of skills and of time to attend meetings) most township and rural schools failed to make use of the potential advantages the new system of governance provided. Apart from the relatively few township children who were able to gain access to privileged schools, generally travelling great distances to attend, the poorer sections of our society failed to benefit substantially from this semi-privatisation of public schooling.

The second solution to the education crisis often proposed involves public-private partnerships on the model of some public hospitals. The argument is that only a business model with good management and a sound financial plan will be able to open the way for positive change of currently low-grade public education. The public education system is bogged down, it is argued by free-marketeers, in an ineffective and costly bureaucracy. Less state involvement is, for them, the answer. But consumer choice is a false promise for the majority of impoverished parents.

Finally, the organised teaching profession is seen as the problem. Teachers, it is argued, need more monitoring to ensure that they are present in the classroom and that they deliver quality education. The problem with education, proponents of this model say, is that we need more control over teachers if we are going to progress. And the only way to gain that control (in this paralleling free-market pleas for an uncontrolled labour market if we are to stimulate growth and increase international competitiveness) is to smash the power and control of the unions.

All these arguments are ill informed and lack a commitment to social justice. They fail to grasp that only the state can undertake the massive task of ensuring that quality education is available to all our children. Pleas for public-private partnerships or increased community control are ultimately about reducing the role of the state or, worse, letting the state off the hook of one of its most significant responsibilities in a democracy, namely, promoting social equity through the public school system.

As Allister Sparks and Terry Bell pointed out recently, the greatest failure of the South African state since 1994 has been its inability to build an effective stairway between the two nations that we inherited from the apartheid era.

Attempted shortcuts via private sector or consumer models will serve those who can afford to take advantage of these solutions. They might even assist the minority of disadvantaged children who benefit from the lottery of entrance to Model C schools or private and specialist colleges and schools — but they can never reach the great majority of children who are at present being failed by our schools.

What about Sadtu?
A great deal of blame for the present situation can indeed be placed at the door of the South African Democratic Teachers’ Union. It has subordinated its agendas to party politics and the economic defence of its members, behaving like an industrial trade union rather than a professional body charged with the care of the children of the poor in our country. However, that critique should not be extended to a criticism of teacher professionalism in general. No solution can be found to our educational crisis without the active cooperation of the organisations representing educators.

Once again it is only the state that can craft a set of policies that will empower teachers and increase the quality of mass education. And only the state can ensure that the path to equal education is secured. There is no other solution. A government that represents the mass of the people in this country neglects that responsibility at its peril.