Semenya returns to action in Daegu 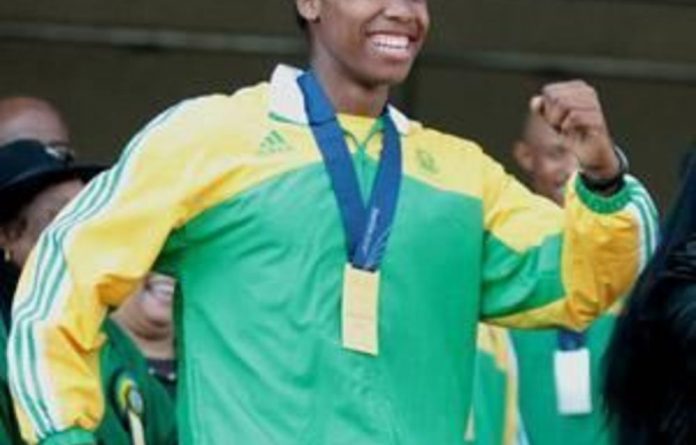 The South African sprinted to the women’s world 800m crown two years ago and quickly found herself entangled in a maelstrom of seedy allegations that saw her cast into limbo because of doubts over her true gender.

But she returns to action in Daegu cleared to run by the sport’s world governing body, the IAAF, and largely accepted by her peers.

The 20-year-old Semenya, who clocked a jaw-dropping personal best of 1:55.45 in storming to victory at the 2009 Berlin worlds, was stood down soon afterwards and remained on the sidelines until July 2010.

The Pretoria University student was revealed to be a hermaphrodite after the leaking of test results following her 800m win in Berlin.

The incident generated anger from the South African public and government, who rallied behind the athlete, and sparked a major gender review by the IAAF, which in April introduced new eligibility rules for women athletes with excessive male hormones, a medical condition known as hyperandrogenism.

Semenya was cleared to compete as a woman in July 2010, nearly a year after she shot to prominence.
“It wasn’t easy to come back after the IAAF ban, but this was the goal,” Semenya admitted.

Tough outing
She will face a tough outing at Daegu, up against the likes of former world champion and Olympic silver medallist Janeth Jepkosgei of Kenya, world indoor and European outdoor champion Mariya Savinova of Russia and Britain’s Jenny Meadows, who won world championship bronze behind Semenya and Jepkosgei in 2009.

“Defending a world title is not easy,” she said last month.

“The 800m is a bit tricky. It can be a fast race or a slow one, and it depends on how strong you are mentally.”

However, doubts persist over Semenya’s fitness after managing sub-2min times just twice in 13 outings this season and also having pulled out of the recent World University Games in China with a back injury.

With the sometimes physical nature of the 800m, Semenya will have to be on the ball to safely negotiate what would be three races in four days, culminating in the final on September 4, the last day of competition.
American Allyson Felix will also be bidding to safely negotiate her 200m heats en route to her bid for a fourth consecutive title over the distance.

Felix lost out in her audacious bid for a double when she could only claim silver in the 400m.
“I cannot be too disappointed,” the 25-year-old said after the 400m. “I have my spirits up, I still have the 200m and the relays.”