The booming business of Mandela museums 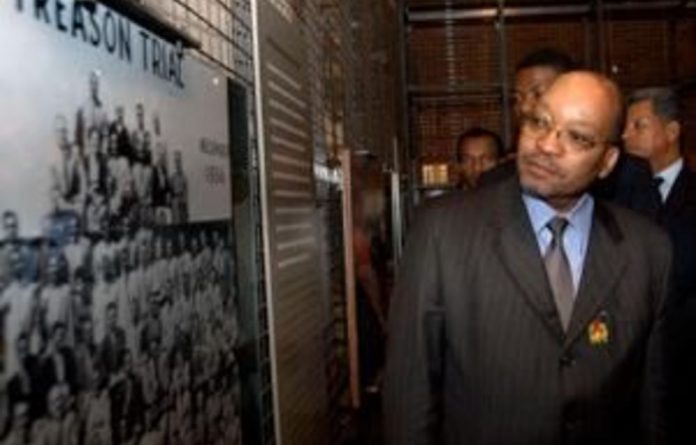 Nelson Mandela covered most of South Africa during five decades fighting apartheid and five years as president, and it sometimes seems a museum has sprouted everywhere he set foot.

The 93-year-old Nobel Peace Prize winner is among the world’s most famous icons, and re-tracing his steps is one of the country’s major tourism draws.

In Johannesburg alone, visitors can spend several days following the trail of Madiba.

“The most wanted attractions are linked to Nelson Mandela,” said Laura Vercueil, spokesperson for the Johannesburg tourism office.

“The most popular request is to go to Soweto, in order to have a township experience and see Mandela’s house.”

Mandela lived in the tiny house on Johannesburg’s outskirts from 1946 until 1962 — the year his nearly three-decade imprisonment under the apartheid regime began — and again for 11 days after his release in 1990.

His ex-wife Winnie turned the house into a museum in 1997, and the tiny space — refurbished in 2009 — is routinely packed with visitors.

About 15km away, the Apartheid Museum has a permanent exhibit dedicated to Mandela.

“Initially, it was a temporary exhibition that we had produced to mark his 90th birthday [in 2008]. But it is not to come down in the foreseeable future, because it is so popular,” said curator Emilia Potenza.

‘Magnetic’
“It’s magnetic. People are drawn to the figure of Mandela.”

The museum says 20% of visitors are foreigners, and 60% school children.

“Mandela is the one who helped all of us to be where we are. Here we can make the children learn where they come from actually, and who brought them freedom,” said Mamokete Anna Kibane, a teacher visiting with students from a nearby township.

The list of Mandela tourist stops in Johannesburg also includes the room he rented in Alexandra township, the building where he had his law offices in the 1950s — newly restored and soon to open as a museum, the farm where he hid before his arrest in 1962 and the prison cell in the fort where he was then held.

Some tour guides also stop at his current house, in the leafy northern suburb of Houghton.

“It’s like it used to be in the USSR. There used to be Lenin museums everywhere,” joked American tourist John Brown.

Outside Joburg, the Mandela Museum in Mthatha, near where he grew up, is closing soon for renovations — but an exhibition in neighbouring Qunu, where Mandela was born, will greet visitors to his native Transkei (today part of Eastern Cape province).

The ruins of the primary school Mandela attended in Qunu are also being cleared from the bush. They will be decorated with six wooden poles spelling out “Nelson”.

In Cape Town, the jail on Robben Island where Mandela spent 18 of his 27 years in prison has been declared a World Heritage site. Visitors cram the narrow hallway to get a look into the tiny cell where prisoner 46664 was held.

Nearby, on the mainland, a 3.2m statue of Mandela with raised fist stands imposingly outside the Groot Drakenstein prison (formerly Victor Verster), where he spent his final days in jail.

Another museum is planned for the spot he was arrested on August 5 1962 near Durban.

“Of course, it is a cult of personality. It’s all about a single man. But it is understandable: Mandela is synonymous with the struggle against apartheid. He has not disappointed us. He could have.”

As for Mandela himself, he once said: “It is not at all correct to elevate any human being to the position of a god.”

“He should not be the only one whose legacy is praised,” said Sello Hatang, spokesperson for Mandela’s charitable foundation.

“We need to recognise other voices who contributed to the struggle.” – AFP

The rediscovery of downtown Jo’burg