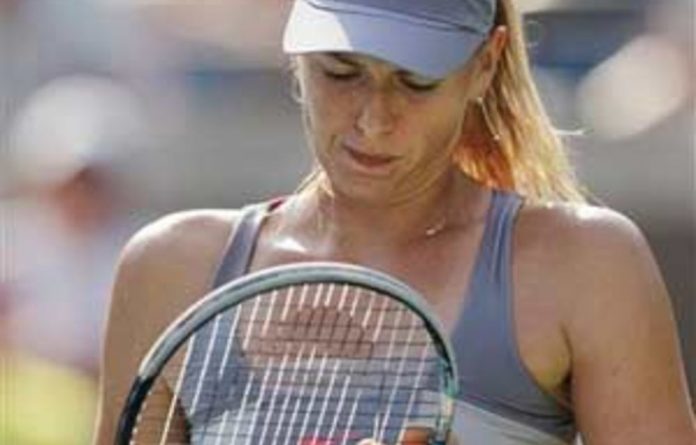 Maria Sharapova was knocked out of the US Open on Friday in a shock third round loss to Flavia Pennetta, while Andy Murray was lucky to survive after being pushed to five sets by Robin Haase.

“You’re relieved to get through a long one like that, especially when you’re behind,” fourth seed Murray told reporters.

“I’m just glad I’m in the next round and get a chance to improve and play better and give myself a chance,” added the Briton.

Defending champion Rafa Nadal strolled through to the third round when his opponent, Frenchman Nicolas Mahut, retired in the first game of the third set complaining of a stomach muscle strain with the Spaniard well in control, leading 6-2 6-2.

Sharapova, who won the US Open in 2006 but has not won a grand slam title since the 2008 Australian Open, became the biggest casualty of a tournament that has mostly gone according to the script.

The Russian third seed was one of the favourites to win the crown after winning a lead-up event in Cincinnati but made a whopping 60 unforced errors and served 12 double faults, including two in the final game.

“It’s disappointing to lose in New York. Losing isn’t fun for anyone because we work to win,” she said. “We don’t work to try to lose. So when we’re faced with a position where we can win and we didn’t in the end, it’s tough.”

For Pennetta, a quarter-finalist at Flushing Meadows in 2008 and 2009 who is seeded 26th, it was a moment to savour as she celebrated her victory on a baking hot day at the Arthur Ashe Stadium.

‘Best victory’
“I think this one is one of the best victories in my career, and is gonna be like this forever,” the Italian said.

“It’s a good moment. I’m really happy right now but it’s just a match. It’s over, and I have to be focused for the next one.”

Pennetta’s next opponent is China’s Peng Shuai, the 13th seed, who advanced with a 6-4 7-6 win over Julia Goerges of Germany in an increasingly wide open women’s draw.

None of the remaining players in the bottom half of the draw have won a grand slam title and the only two to have played in a final are last year’s runner-up, Vera Zvonareva of Russia, and Australia’s Sam Stosur.

Stosur came back from a break down in the third set after squandering two match points in the second set.

Murray, who also won in Cincinnati, was in danger of bowing out after his Dutch opponent won a first set tiebreaker and took the next set to establish control.

But the Scotsman, who has played in three grand slam finals but is yet to win a major, assumed control, winning the next two sets and opening up a 4-0 lead in the fifth.

Haase, who needed treatment to his back, fought back to level the final set at 4-4 before Murray broke his serve then held to seal victory.

“You can’t come through four or five matches like that. I’m going to need to play better, for sure. Physically I’m good. I feel fine. No pain or aches. That’s a huge positive.”

Murray will face Spaniard Feliciano Lopez in the third round and remains on course for a semi-final showdown with Nadal, who has been struggling for form but could not have asked for an easier day as Mahut became the 14th player this week to retire or withdraw from their match.

“He felt pain when he was serving,” said Nadal. “That’s what he told me. I wish him all the best. I hope to see him back on court very soon.

“It’s not nice win like this, but that’s sport sometimes.”