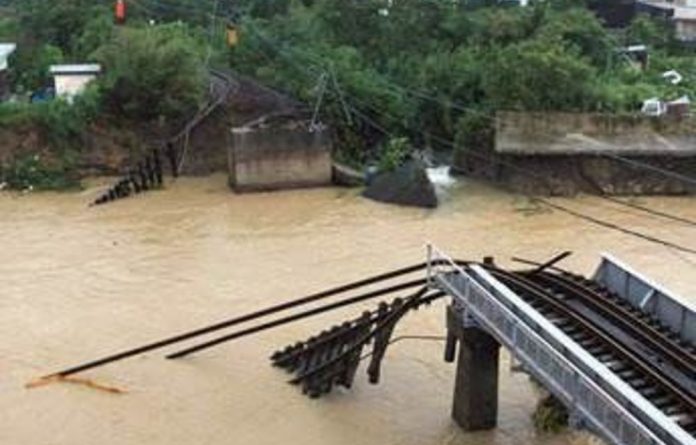 A typhoon, that pummelled western Japan, has left at least 20 people dead and more than 50 missing, reports said on Sunday, after swollen rivers swept away buildings and landslides crushed houses.

One of the victims drowned after flood waters gushed into his car and streets were submerged in scenes that rekindled memories of the March 11 tsunami disaster. Thousands of people were left stranded.

Typhoon Talas, which made landfall on Saturday and is one of the deadliest in recent years, packed gusts of up to 108km per hour as it cut across the island of Shikoku and the main island of Honshu.

The government set up an emergency task force as the number of victims looked set to grow and landslides and damaged roads hampered relief efforts.

Evacuated
In Wakayama prefecture, 12 people were killed and 29 were missing.

One man drowned after flood waters surged into his car and another man was killed after a land slide hit his house, the local government said.

In the Kansai region and elsewhere up to 30 000 people were evacuated, according to the fire and disaster management agency.

Worst storm in years
A tally by the Kyodo news agency reported that at least 20 people had been killed, more than 50 were missing and 3 600 were left stranded by landslides and collapsed bridges.

The powerful storm slowly moved north into the Sea of Japan, the Japan Meteorological Agency said.

However, it warned of more mudslides in the western region where massive rainfalls — more than 180cm in some areas — have been recorded since Tuesday night.