Mogoeng grilling ends ahead of considerations 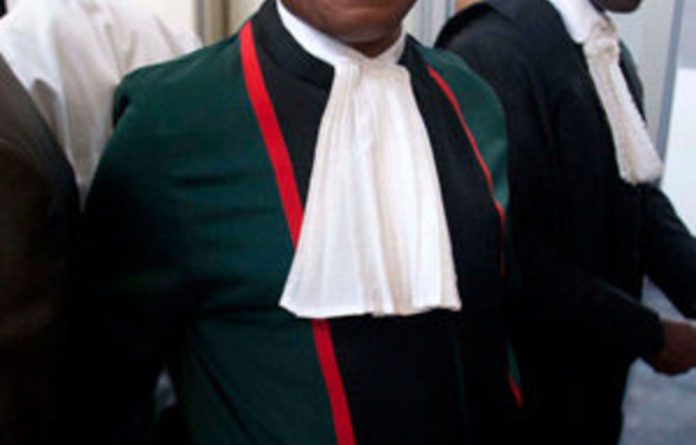 Van der Merwe told Mogoeng, during his interview for the post in Cape Town, that he should follow the example of former chief justice Sandile Ngcobo and “walk away”.

“Judge Mogoeng I feel sorry for you,” van der Merwe said. “You were brought into this innocently. You haven’t applied for this position. The process has been contaminated and you are innocently in the middle.”

A few weeks ago Ngcobo walked away from being reappointed as chief justice because of public criticisms over President Jacob Zuma’s wish to change the law around the length of terms for justices.

“Walk away, let things calm down and you can become the chief justice in the future.”

Hitting back
Justice Minister Jeff Radebe told van der Merwe that he had been in his JSC seat for too long and that he should walk away.

“Minister, I think you have been too long in your seat. I think you should go, not me,” he said in reply.

Moseneke said the objection to van der Merwe’s statement was “a good one” and indicated that van der Merwe’s appeal was out of order in that the JSC had a “particular job to do”.

The interview concluded at lunch time on Sunday after which the JSC would hold a closed session to deliberate on the suitability of Mogoeng.

It will then make its finding to Zuma.

Petulance
One of Zuma’s representatives told Mogoeng that he did not support him for the post.

“My candidate is the deputy chief justice [Dikgang Moseneke],” commissioner Dumisa Ntsebeza — who is also the chairperson of the Avusa group — told Mogoeng.

“If it were my choice I would have gone for him.”

Mogoeng replied that he was aware of Ntsebeza’s view but that this was the first time he had heard him “say it”.

Ntsebeza told Mogoeng that if there was “a successful challenge” to his nomination, he should continue to show the dignity he had shown since being nominated for the position by Zuma.

Commissioner Izak Smuts said the “petulance” Mogoeng showed when he “lost his temper” with Moseneke, who chaired the interview, on Saturday raised questions about his suitability for the post.

“After your public display of petulance … what must this commission understand about the suitability of your temperament to lead not only the judiciary, but particularly the judiciary in Constitutional Court where you would deal with chief justice very closely,” Smuts said.

Heated tempers
On Saturday, while explaining his decisions not to provide reasons for dissenting in a case involving a ruling on homosexuality, Mogoeng snapped at Moseneke, telling him there was “no need for sarcasm”.

He later apologised for the remark.

“If you listen, you might be able to answer,” said Moseneke.

“You don’t have to be sarcastic, sir,” retorted Mogoeng.

Van der Merwe said that, in his 15 years as a commissioner on the JSC, he had never seen a candidate behave that way.

“It points to me that you are not suitable to be the number one lawyer in the country. This is the first time in 15 years that an applicant is so arrogant that he has done what you have done now,” van der Merwe said.

Back tracking
On Sunday Mogoeng defended his loss of temper.

“There is not a single human being who never loses his or her temper,” he said.

“I am not God, I am a human being. It does happen that you don’t realise your mistake until someone draws it to your attention.

“As soon as I recognised my wrongdoing, I did what I believe any human being, who does not pretend to have a heart of stone, had to do.

“You must be very careful not to overplay the weaknesses we all have as human beings.”

Mogoeng said he had accepted the nomination to be chief justice not because he loved positions, but because “there is work to be done”.

“I had to step forward to be interviewed,” he said.

‘God wants me as chief justice’
Mogoeng earlier told the JSC that God wanted him to be appointed to the position.

“Do you think God wants you to be appointed chief justice,” van der Merwe asked.

“I think so,” Mogoeng said.

“That creates problem for me,” van der Merwe replied. “If I vote against you, what is God going to do to me?”

“That is between you and God, commissioner,” Mogoeng replied.

Mogoeng said he prayed and got a signal that “it was the right thing to do”.

“I am one of those believers who believe that there is God and God does speak.

“When a position comes like this one, I wouldn’t take it unless I had prayed and satisfied myself that God wants me to take it.

“Without the … God I depend on for strength, I am going to fail.” — Sapa