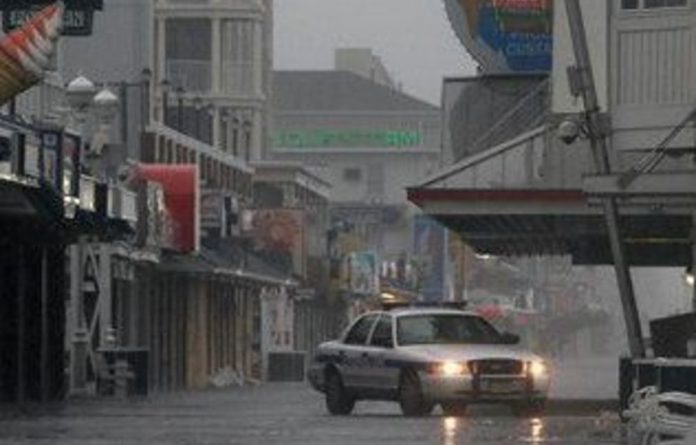 With rain-swollen rivers receding in the north-east after the region suffered its worst flooding in decades, Obama arrived for a first-hand look at the disaster response in the working class city of Paterson — one of the hardest-hit places.

The Democrat president was joined by New Jersey Governor Chris Christie, a budget-cutting Republican who has bucked some of his party’s fiscal hawks in Washington by calling for expedited federal aid to help his state’s recovery.

Irene cut a swathe of destruction from North Carolina to Vermont and was blamed for at least 40 deaths. Total economic losses have been estimated at more than $10-billion.

New Jersey was especially hammered by flooding in the storm’s wake last week that swept away homes, swamped roads and bridges and left hundreds of thousands without electricity.

Recovery efforts
Paterson now faces a massive clean up after the Passaic River overflowed its banks in the centre of the city of 150 000, dealing the latest blow to a one-time industrial powerhouse that has recently fallen on hard times.

He is expected to ask Congress for extra funds to help recover from Irene but Washington’s unrelenting budget battle — and a deepening ideological divide between Republicans and Democrats over the role of government — could complicate relief efforts.

“When disaster strikes, Americans suffer — not Republicans, not Democrats, not independents — and we come together,” he told reporters travelling with Obama.

Eric Cantor, the number two Republican in the House of Representatives, said last week that any new disaster aid must be offset with spending cuts elsewhere to avoid adding to the budget deficit, projected to hit $1.3-trillion this year.

Assistance
Christie, a rising Republican star and blunt-talking fiscal conservative who has repeatedly denied any interest in seeking his party’s 2012 presidential nomination, has called for immediate assistance for his state.

He has insisted New Jersey cannot wait while lawmakers in Washington fight over budget offsets. That makes Christie an unlikely ally for Obama, who is seeking re-election next year, in the debate over storm relief.

The Obama administration opposes Cantor’s position and Democrats who oversee disaster funding in the Senate said they would refuse to cut other programs to boost emergency aid.

This comes as lawmakers debate further budget reductions after months of bitter feuding over the country’s debt pushed the government to the brink of a shutdown in April and to the edge of a first-ever national default in August. — Reuters