Let’s do it, for Tiyo Soga 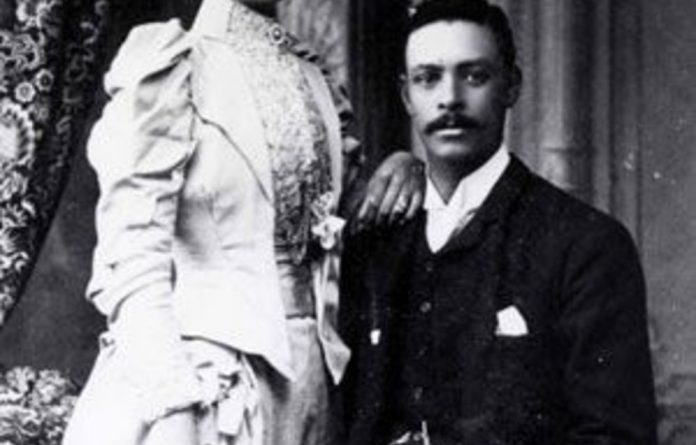 I will wake up this Friday morning to pay tribute to one of the greatest Africans the continent has ever produced.

Hundreds will converge on the quiet rural village of Thuthura, near Centane in the Eastern Cape, for the much-anticipated and long overdue unveiling of the tombstone of the late Reverend Tiyo Soga. The burial place will also be declared a national heritage site.

Soga had a fascinating history, yet very few know of him. In broad strokes, he was one of the pioneering African intellectuals, as documented by Mcebisi Ndletyana in the book he edited, African Intellectuals in 19th and early 20th-century South Africa.

Soga was one of the first black people to study abroad and he was ordained after graduating from Glasgow University’s Theological Hall in 1856. He returned to South Africa to practise as a missionary, but was also a great thinker in many areas of life.

He worked for unity among black people and was outspoken about the racial prejudice rife in colonial times. Having married a white Scottish woman, with whom he had seven children, life in colonial South Africa was never going to be a picnic But he rose above the yoke of oppression.

Soga was also a prolific writer. He helped to translate English works into isiXhosa so that as many people as possible had access to the written word. He was a regular contributor to the newspapers of the day.

One of his most notable achievements was penning that great hymn, Lizalis’ idinga lakho (Fulfil thy promise), that has been sung in black churches for as long as I can remember. It is one of the first songs children are taught at crèches, a rousing and poignant hymn that also gained popularity as a struggle song.

Sadly, Soga died in 1871 at the age of 42, having suffered from chronic laryngitis. His children went on to become great successes both here and in Scotland, where some of them settled.

The unveiling came about only as a result of initiatives by and funding from the private sector, namely Wiphold, Nedbank and Old Mutual. Friday’s ceremony will bring together all his surviving scions in celebration of the life and contribution of this great African intellectual and leader. Former president Thabo Mbeki, a man who has always cherished African intellectuals, will address the gathering.

What is surprising to me, though, is that many of the people I’ve told about Soga in the past few weeks didn’t know about him or his numerous achievements. Many recognise and will sing along to the “Lizalis’ idinga lakho” because it is so familiar and catchy, but most people don’t know that it was Soga who wrote it.

You would think that such achievements would be widely documented, and while there is some documentation, his life and works are mostly not well known or popularised. It is an indictment of how little pride we take in our past and our heroes, particularly those of a scholarly nature.

Perhaps, to be fair, much of this history was kept out of our apartheid-era school books. It is also cause for concern that while we celebrate someone of the intellectual calibre of Soga, a son of the Eastern Cape, the province faces a paralysing education crisis.

The region was home to several early thinkers, also profiled in Ndleytana’s book: S.E.K Mqhayi, Tengo Jabavu, Mpilo Walter and Benson Rubusana. With this proud legacy of producing a educated elite, why is the Eastern Cape in the morass it is in?

Education watchers such as Dmitri Holzman, of the lobby group Equal Education, have put it down to myriad reasons, including poor management and a lack of institutional capacity to manage financial and human resources in a province where many schools are in poor and rural areas.

I accept that to some extent, but I’m not sure these problems aren’t faced by other provinces as well, and they seem to rise above them. Unlike the Eastern Cape education department, they do not have to have national government seize control of the purse strings in order to make sure that the basics such as transport and textbooks are taken care of. Yet, still, Eastern Cape education officials resist such interventions. A deeper malaise seems to ail this part of the country.

We, the people of the province, erode the legacy of the likes of Soga if we allow the decay to continue on our watch. I suppose a small step many parents can take is to educate their children about the history of the region and the leaders and thinkers it spawned. Perhaps by understanding the mantle they carry, they will be inspired to fulfil God’s promise, as Soga once urged.

The quest for intonga yam

"I’m loathe to say we are the only ones in the world, but she is right about us being a people of song."
Read more
Friday

Succession is a messy business, with skeletons always popping out, as in the case of former France presidential hopeful Dominique Strauss-Kahn.
Read more
National

Although fawning, Frank Chikane's book has shed light on the ANC's abuse of spy agencies and also goes into the thinking and psyche of Thabo Mbeki.
Read more
National

Bobby Brown cannot be blamed for the singer's death, but he contributed greatly to her downfall.
Read more
Advertising