Moringa, tree of life for parched villages in Limpopo 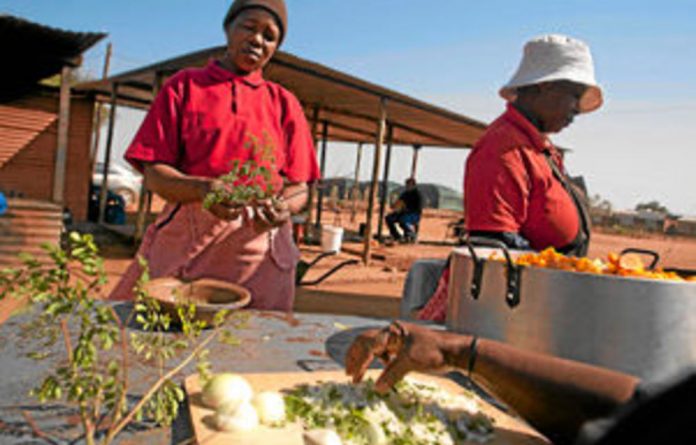 The vast stretch of arable land off Tooseng’s eastern border in Limpopo is ghostly. Signs of recent human activity are visible in the parched, intermittent rows of harvested mealies, but one gets the distinct sense of waning interest, as if the people of this village, which lies about 70 kilometres south of Polokwane, have agreed to look elsewhere for their food.

I am brought to these largely untended fields by the village headman, Kgoadiamoleke Mphahlele, to illustrate the impact of late rains on the residents’ morale. Mphahlele, a lanky, dishevelled man, says that when major rains didn’t fall last December, as anticipated, arriving five months later instead, it led to large failures in yields. This, he says, put significant strain on a community already sustained by pensions and child grants.

In the village of Tooseng in rural Limpopo a ‘miracle’ tree is changing the lot of a community struggling with food security and malnutrition. We uncover the story of the moringa tree.

Besides two schools (one primary and the other secondary) and a new clinic at the entrance of the village, the only other hive of activity in the rural village of Tooseng is Sedikong sa Lerato (Circle of Love), a drop-in centre which has provided meals and after-school care to more than 320 school children for the past six years. Mavis Mathabatha, who runs the centre, says it feeds children from households with a combined income of less than R2 000 a month — in other words, most of Tooseng.

Over the past two years Mathabatha and her team have taken to sprinkling moringa leaves in the lunch meals they prepare for the children, as she champions its efficacy in alleviating malnutrition. “Someone who is weakened by HIV, give them seven days, and their immune system is boosted like nobody’s business. And I mean seven days. It’s more than enough.”

In Tooseng she has become synonymous with this medium-sized tree, which apparently originated in northwest India.

A report by the Phillipines’ Bureau of Plant Industry says that weight for weight moringa leaves contain the calcium equivalent of four glasses of milk, the vitamin C content of seven oranges, the potassium of three bananas, three times the amount of iron in spinach, four times the amount of vitamin A found in a carrot and twice the amount of protein in milk.

In 2009, the former teacher received a grant from the Southern Africa Trust to distribute seedlings to every household.

While the cultivation of moringa was initially a subsidiary project, income from the sale of tree products in other parts of the country has become central to the income-generation needs of the drop-in centre, a testament to dwindling financial support from the department of social development.

“Even if the department hasn’t given us money, we don’t stop feeding the children. It helps a lot with the daily running of our programmes,” says Mathabatha.

But if Mathabatha’s dream of successfully distributing moringa to all parts of the country is to materialise, she will need a significant financial injection. Currently, harvesting, drying, grinding and packaging is all carried out manually.

Tales of dwindling financial support are echoed by Mathabatha’s friend, Gillian Mphahlele, who also runs a drop-in centre, called Lenkwane Lamaphiri, in Mphahlele Seleteng outside the town of Lebowakgomo.

Many people were involved in subsistence farming, Mphahlele says, but fewer are doing it now because the crops fail. The unavailability of water remains a major setback. “The water supply is inconsistent,” she says. “You can’t plant vegetables using water you have to carry on your head.” With very few jobs in the local economy, many do housework for their wealthier neighbours or resort to selling unlicensed liquor.

She, too, is turning to farming moringa, which seems to flourish with little water. “[Health Minister] Aaron Motsoaledi wants moringa to be turned into pills and distributed to hospitals, so the demand for moringa is increasing,” she says.

In the meantime, she will have to rely on credit from benevolent businessmen to keep the drop-in centre operating and on the moringa tree to keep nutrition levels among the community’s children high.