The rise and rise of China in Zambia 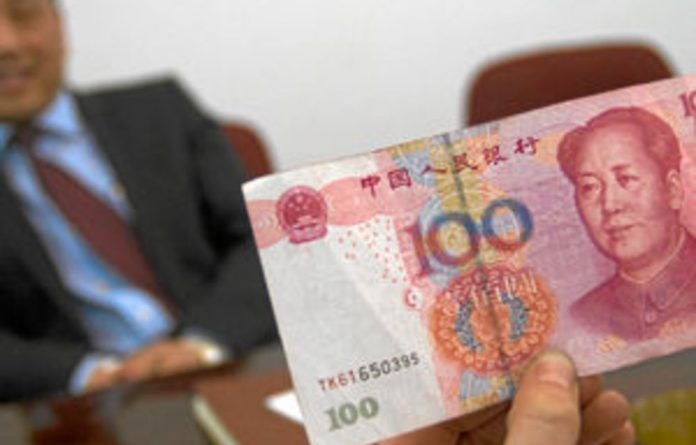 The first thing you see when you step off the plane at Lusaka International Airport is a giant billboard advertising the Bank of China.

“Welcome to Zambia,” it says, almost like an explorer’s flag at the North Pole marking his territory; the modern equivalent, some might argue, of the European colonialists.

Although Zambia is nowhere near China’s biggest African partner, the country’s relationship with the Asian investor is growing rapidly.

In July, China’s Sinohydro began work on a $2-billion hydro plant, courtesy of financing from the China Development Bank. Last month the Lusaka branch of the Bank of China became the first in Africa to offer renminbi banking services, which means you can now make deposits in the Chinese “people’s currency” and even withdraw yuan (a unit of the renminbi) from the tellers.

Qi Wang, the bank’s assistant general manager, said the renminbi service was for both Zambian and Chinese businesspeople who wanted to import goods into Zambia and save money on currency conversion.

He played down suggestions that the renminbi was trying to unseat the US dollar as Africa’s business currency. But Wang said he was sure some of Zambia’s small Chinese businesses, particularly those in retail, would start to use the renminbi for day-to-day transactions.

“That would be private between them,” Wang said. “Really we are aiming at the businesspeople engaged in two-way trade, especially those that are going to China. Having yuan banking available here reduces the need to exchange the Zambian kwacha to renminbi via the US dollar.”

Although Chinese companies are involved in construction, agriculture, manufacturing and retail, the bulk — nearly 90% — of Sino-Zambian investment is in the country’s mining sector. When Western operators were looking for a way out of Zambia because of the collapse in commodity prices, cash-rich Chinese companies arrived on the scene.

With the price of copper, Zambia’s main export, now at an all-time high, the mines are back in full swing, creating thousands of jobs and plenty of profits for their Chinese owners.

But not everybody is so sure about the Chinese in Zambia. As well as concerns that Chinese companies have been favoured to the point of undermining Zambian tax revenue, there are also numerous complaints about labour conditions in Chinese-operated mines and factories.

Edward Lange, Zambia co-ordinator of Southern Africa Resource Watch, said: “We’re not saying Chinese investment is bad, but the manner in which they are doing their business leaves a lot to be desired.

“There is a lot of secrecy around the dealings between our government and the Chinese investors, who seem to be almost above the law and don’t have to pay the same taxes as other people.”

Alleging that some government officials had benefited personally from Chinese business deals, he said: “There is a feeling among civil society that our government is working with the Chinese investors in order to loot our national resources for their benefit and not the benefit of the Zambian people.”

Lange’s sentiments are echoed throughout Zambia, particularly by the man on the street who wonders why he is unemployed, yet low-skilled Chinese nationals are being given work permits to mix concrete and drive trucks.

Questions about labour conditions are growing amid allegations that the Chinese regularly pay below the minimum wage. There have been several labour unrest-related ­incidents, including one in April this year when two Chinese mine ­supervisors shot at a group of striking workers.

Lange said that although he understood that the families had received some compensation, no criminal trial had been held in Zambia and the government had hushed up the incident, quietly deporting the Chinese supervisors.

Stricter enforcement
Presidential hopeful Michael Sata, leader of the Patriotic Front, Zambia’s main opposition party, has tapped into the growing unhappiness about the Chinese in Zambia. He has called for stricter enforcement of labour regulations related to foreign investment, and stricter rules. This has earned him a reputation for being “anti-Chinese”, although his party colleague, parliamentary candidate Given Lubinda, denied this.

Although it accepts that there have been some incidents involving Chinese companies, the government has brushed off criticism of its relationship with the Asian investor as unfair.

Global negative reaction to Sino-African relations has also come under fire from academics, who say Western governments and media have a tendency to demonise Chinese investment on the continent.

In a report for the South African Institute of International Affairs, Pengtao Li, a researcher from Zhejiang Normal University in China, said: “Time and again, China’s intentions, motivations and strategies in Africa are misunderstood and inaccurately contextualised.”

Pengtao noted valid concerns about labour conditions in Chinese companies, but said many situations became exaggerated because of cultural and language misunderstandings.

Wang agrees. “I think sometimes the Chinese are unfairly tarnished,” he said. “I would say most of the misunderstandings arise because of difficulties of language and because of the cultural differences and because, traditionally, Chinese ­people are media shy. People think we’re arrogant, but we’re not; it is nervousness and modesty and the Chinese concern about losing face.”

John Bwalya, former secretary general of Zambia’s National Union of Commercial and Industrial Workers, agreed that the language difference was a barrier in Zambian staff’s dealings with Chinese bosses, as was the Asians’ aversion to unionisation.

“The Chinese are not bad, in the sense that they have created employment in the country. They are very hard workers and perhaps that is part of the problem — that Zambians are not used to that sort of environment.”

But Bwalya said he and many others were concerned about the impact Chinese products were having on Zambia’s retail sector.

“We are seeing more and more imported Chinese products being sold in our markets and they are cheaper than things made here by Zambians. We have seen several ­factories shut down, especially shoes and textiles, because they cannot compete with these cheap imports, and that means fewer jobs for Zambians.”

Despite these grumbles, the Chinese are proud of their record in Zambia and the fact that they have kept mines open and created jobs.

There is no doubt that if President Rupiah Banda is victorious at the polls on September 20, China’s footprint in Zambia will only continue to grow.

This article is part of a series on the run-up to the Zambian elections. Travel and accommodation for a Mail & Guardian journalist and photographer were supported by a grant from Freedom House, a Washington, DC-based NGO

With a booming economy, a vibrant political scene and corruption on the boil, we examine Zambia in the run-up to their national elections in September. For news and multimedia on the elections click here.