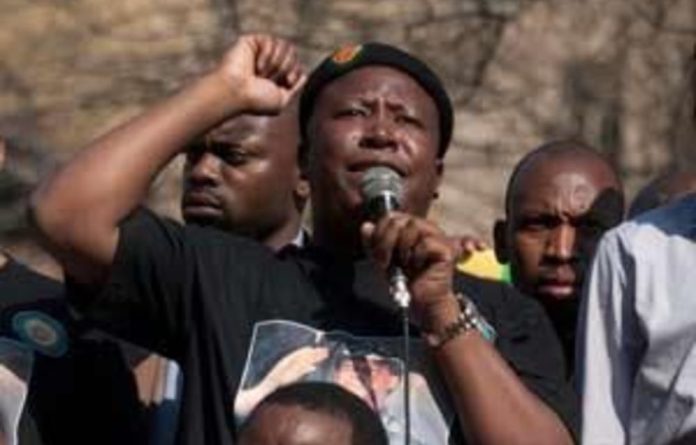 He said it undermined the dignity of Afrikaners, and was discriminatory and harmful.

AfriForum Youth opened a civil case against Malema in the Equality Court after his repeated singing of the words “dubul’ ibhunu”, which translate as “shoot the boer”, at a number of youth league gatherings.

Lamont began by tracing South Africa’s history from the period before settlers started arriving in South Africa, through the years of white minority dominance.

Lamont described it as a case of “social conflict” and then launched into an explanation on the context, background and history of the struggle against apartheid.

He said certain groups did not enjoy “superior status” over others in a democracy.

“Certain members [of the public] embrace the new society, others found it hard to adjust … it will continue for some time. There can be no transformation without pain,” said Lamont.

Lamont said how words are understood was more important than the intention of the speaker.

“Freedom of expression does not ensure superior status in our law,” said Lamont on Monday.

He named a number of local laws and international treaties that ensure the protection of human dignity.

He said the Constitutional Court had handed down many “ubuntu” judgments which sought to address the strains or broken relations in communities.

Lamont said minorities had no legislative power and often had to turn to the courts for the protection of their rights. They were a “fragile group”.

Lamont ruled that Malema could not sing the song again.

ANC muted on Malema’s absence
Meanwhile, the ANC declined to comment on Malema’s failure to appear in court, saying it did not know why he was absent.

“We don’t know why he is not there so we are unable to say something about his absence in court,” ANC spokesperson Keith Khoza said on Monday.

The ANC’s disciplinary panel on Sunday agreed to postpone Malema’s hearing on charges of dividing the party and bringing it into disrepute.

Disciplinary hearing chairperson Derek Hanekom said on Sunday the panel had agreed to a request that Malema not appear before it on Monday because of the hate speech judgment. – Sapa