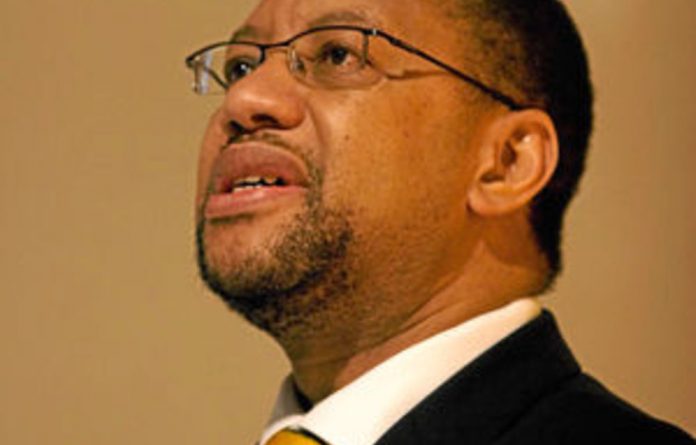 South African cement giant Afrisam is at the centre of a war between local and international investors that could result in the Public Investment Corporation writing off its R6-billion investment in the company.

This has prompted accusations that with the deal the PIC risks prejudicing the interests of 1.2-million public servants whose retirement funds it is mandated to invest.

Afrisam was formed in 2007 following a BEE deal that saw Swiss firm Holcim substantially disinvesting from its South African operations by selling the majority of its 54% stake in Holcim SA.

The remaining 46%, previously held by local construction company Aveng, was also sold to the consortium.

The deal at the time was valued at R16.4-billion, leaving Holcim with a 15% stake.

The idea was to create a black-owned champion in the cement sector. Former president Thabo Mbeki gave the deal his stamp of approval in 2006 in an article in the ANC’s weekly newsletter, in which he attacked “hostile” critics of the transaction.

“To facilitate black ownership and control despite the current and future excellent market conditions, with virtually guaranteed good profits, has made absolutely no sense to those intensely focused on ‘the bottom line’ of the annual financial statements,” said Mbeki.

However, the cement industry was hit hard by the global recession of 2008/2009 and the deal, which had a high debt-to-equity ratio, needed to be restructured.

For almost two years, shareholders and Afrisam debt-holders have been locked in negotiations over the restructuring and refinancing of the company. Little headway has been made, say sources close to the talks.

On one side is the original empowerment partner, Bunker Hill, and Holcim. On the other side is the PIC, whose investment of R6-billion helped finance the BEE deal, and Worldwide Investment Holdings Incorporated, owned by former MTN boss Phuthuma Nhleko, which wants to become an equity partner in Afrisam.

Caught between them are Afrisam’s senior debt holders.

The Mail & Guardian understands that the restructuring favoured by the PIC would involve writing off most of its investment.

‘Nationalise Afrisam’
The negotiations have become so tense that Holcim wrote to the PIC, accusing it of trying to “nationalise Afrisam”. “As an international investor of long standing in South Africa, we are completely surprised that a government institution would seek to force us out of the company and, in effect, would seem to seek to be nationalising the asset,” says Holcim’s letter.

The letter was copied to Deputy President Kgalema Motlanthe, prompting the PIC to fire off a heated response. “We find the tone of the letter, its content as well as its address to the highest political office in the land, to be inappropriate and highly disrespectful to the political institutions of our country,” it wrote.

“We have decided to write this letter to express our disappointment that your representative in Afrisam (a commercial transaction) would seek to abuse our political offices and raise unnecessary, unfounded and dangerous political emotions in his attempt to deal with commercial matters.”

Sources sympathetic to Bunker Hill argue that the PIC wants to bring Worldwide in as an equity partner, and that when the corporation could not get the current shareholders to agree to this, Worldwide began buying up Afrisam’s debt, hoping to convert it into equity in the restructuring process.

The sources contend that other proposals have been tabled that place a higher value on Afrisam than the Worldwide proposal and protect the PIC’s investment more effectively. Despite this, the PIC appeared to favour Worldwide at its own expense. The PIC has denied this.

Worldwide currently holds 37% of Afrisam’s debt, making it the single largest debt holder. Sources estimate that the former has spent between R2-billion and R3-billion buying up the debt.

Documents in the M&G‘s possession affirm that Worldwide’s preference is for an equity conversion and suggest that Worldwide could initiate a business rescue process if this was deemed necessary.

Worldwide claims that a consortium of senior, overseas-based debt holders approached it, insisting that they want Worldwide involved in a restructured Afrisam. The company then decided to buy up discounted notes from them.

Worldwide told the M&G this week that it had been discussing an equity injection into Afrisam with the Afrisam shareholders, including the PIC, since early last year. However, the negotiations had fallen apart and Worldwide had walked away, until the senior debt holders approached it in the middle of this year.

“[Worldwide] is interested in reaching a consensual deal with all parties based on fair value of Afrisam that leads to a sustainable capital structure that protects a good South African company that maintains jobs,” the company said.

Payment in shares
An email from Nhleko to Afrisam chairman Eltie Links, dated August 31, suggests that Worldwide would be prepared to pay Bunker Hill R150-million in the form of fully-paid Afrisam shares if Bunker Hill agreed to the restructuring proposed by the senior debt holders.

“I would not endeavour to put it [the payment in shares] through unless your colleagues gave me their indivisible word — and stood by it, that they would accept the offer,” said Nhleko in the letter.

The PIC said that many proposals had been debated, but shareholders and debtors had not reached agreement. However, it had served notice of its intention to convert almost R3-billion in preferential shares in Afrisam into equity, a move that has soured its relationship with Holcim and Bunker Hill.

“Like most restructurings, this is a challenging process and many of the options imply some short-term difficulties,” said PIC chief executive Elias Masilela.

Afrisam CEO Stephen Olivier would not comment on the negotiations.

“Afrisam is aware that the PIC have the right to convert their preference shares to ordinary shares and that the PIC declared their intention to do so,” said Olivier.

“This forms part of the financial restructure and the company would rather refer you to the respective shareholders, as I would not want to comment on their behalf.”

Holcim told the M&G that Afrisam is a viable company and that they are willing to co-operate in the negotiations.

If the ANC general secretary has his way, Ithala chair Roshan Morar could soon be an ambassador
Read more
Africa

The pattern is now well established: crisis, intervention, promises by the Zanu-PF regime to behave, and then relapse after a decent interval to the sort of behaviour that prompted the latest crisis in the first place.
Read more
Business