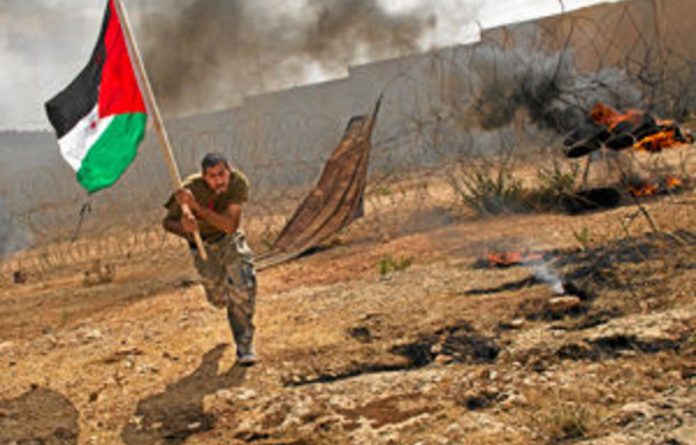 A former head of Saudi Arabian intelligence and ambassador to Washington, Turki al-Faisal, has warned that a United States veto of Palestinian membership of the United Nations would end the “special relationship” between the two countries and make the US “toxic” in the Arab world.

The warning comes as Washington scrambles to avoid a scenario in which it alone casts a veto in the UN Security Council against the Palestinian bid for recognition of statehood, which is expected to be formally requested next week.

The US is putting considerable pressure on the Palestinians not to submit the request, and on Britain — the only other permanent member of the Security Council that has not publicly supported the Palestinian request — to exercise its veto, if necessary.

Al-Faisal wrote in the New York Times that the US would provoke an uproar among Muslims worldwide, jeopardise its close ties with Saudi Arabia and further undermine its position in a changing Arab world if it again sided with Israel.

“The US must support the Palestinian bid for statehood at the United Nations this month or risk losing the little credibility it has in the Arab world,” he argued. “If it does not, American influence will decline further, Israeli security will be undermined and Iran will be empowered, increasing the chances of another war in the region. “Moreover, Saudi Arabia would no longer be able to co-operate with America in the same way it historically has. With most of the Arab world in upheaval, the ‘special relationship’ between Saudi Arabia and the US would increasingly be seen as toxic by the vast majority of Arabs and Muslims, who demand justice for the Palestinian people.”

He also warned that Saudi leaders would be forced “by domestic and regional pressures to adopt a far more independent and assertive ­foreign policy”. Al-Faisal, a vigorous advocate of Palestinian statehood, who has accused the US of bias towards Israel, said that the two-decade-long Oslo peace process had not yielded results and should be replaced with “a new paradigm based on state-to-state negotiations”.

This is a view shared by some European nations, including France, which regard the Oslo process as a trap that has failed to deliver statehood for the Palestinians and is unlikely to do so in the near future.

Security council request
The Palestinian president, Mahmoud Abbas, has said that he will submit a request to the security council for full UN ­membership when he is in New York for the opening of the general assembly next week. If that is vetoed by the US, the request will move to the general assembly, which has the power to grant only enhanced observer status, but where, Israel concedes, the Palestinians are virtually certain to win.

The move has alarmed the Americans and the Israelis, who say it would undermine peace efforts and lead to further violence. The Palestinians say there is no peace process to speak of anyway.

But the diplomatic fallout is of principal concern to the US. It will be hard for Washington — and for Britain, if it backs the US position — to explain to newly liberated parts of the Arab world why it is prepared to go to war against Muammar Gaddafi in Libya and agitate against Bashar al-Assad in Syria but not support the Palestinian bid for statehood in the face of an intransigent Israel.

For Israel, the UN move comes as it is grappling with the collapse in relations with Turkey over the Israeli assault on the Gaza flotilla last year, in which Israeli forces killed nine Turks, and rising hostility in Egypt, where the Israeli embassy in Cairo was ransacked last week. Israel also looks increasingly out of step with a changing region in maintaining the occupation, expanding Jewish settlements in the West Bank and thwarting Palestinian independence.

The US has been pressuring the Palestinian leadership not to make the request and has promised to get peace negotiations going again. But Abbas said the Americans came with no concrete proposals and the Palestinians had little confidence that Israeli Prime Minister Binyamin Netanyahu was seriously interested in ending the occupation. George Mitchell, until recently President Barack Obama’s Middle East envoy, said last week that he saw little chance of the US persuading the Palestinians not to submit the request.

The US Congress is also pressuring the Palestinians to withdraw the request, by threatening to cut off funding. The House of Representatives is holding hearings this week on whether to continue financial aid to the Palestinian Authority. Its principal witnesses are among the authority’s strongest critics, including Elliot Abrams, a former assistant secretary of state and former deputy national security advisor. —