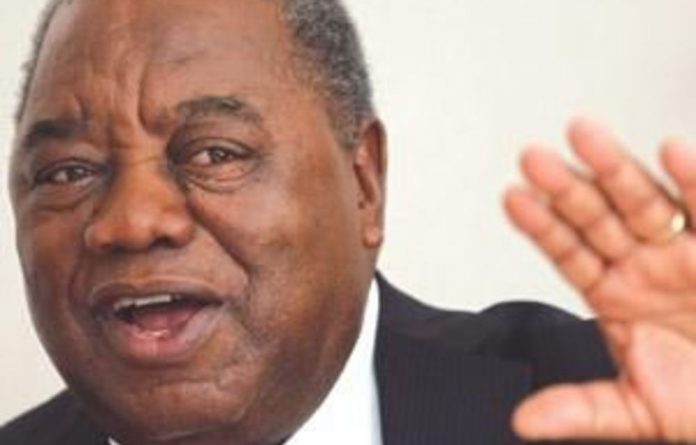 But overall observers said the voting proceeded smoothly in the presidential, legislative and local elections that will choose the next leader of one of Africa’s fastest-growing economies.

Violence erupted hours after voting began at 4am GMT, largely in frustration at delays in opening some polling stations in slums around Lusaka, with five people arrested.

Crowds of mainly young people burned tyres in the streets, smashed cars belonging to elections officials, set buses alight, and threw stones at police who tried to charge the mob from their vehicles.

A group of Sata’s Patriotic Front (PF) supporters said they beat a man who they believed was carrying pre-marked ballots. He was later identified as an election worker delivering materials to a polling station.

“There was a delay in the process of starting the election, and members of the public got annoyed,” police spokesperson Ndandula Siamana said, adding that calm had returned within a few hours to allow voting to continue smoothly.

Smashing, ripping
The unrest was scattered around the city, committed by supporters of both the main candidates. Sata’s car was smashed, while Banda’s posters were stoned and ripped down.

Nonetheless, European Union observers said the unrest would not jeopardise the vote’s integrity.

“The information we have is the elections have been developed in a transparent and a correct manner mostly in the whole country,” chief EU observer Maria Muniz De Urquiza told journalists.

“It has been very isolated incidents and we don’t have any more reports of problems.”

Up in the rigging
Sata is waging his fourth presidential bid, after losing by just two percentage points to Banda in 2008. Sata also had claimed the last election was rigged, and his supporters rioted for days to protest his defeat.

“It’s becoming very difficult. Boxes without covers, papers without serial numbers, those are all the difficulties we have,” Sata told journalists after casting his ballot, shortly before the rioting began.

Banda made a televised speech on Monday warning against unrest during the polls, and police were ordered to arrest anyone found in public with a slingshot, axe or other potential weapon.

The elections were hotly contested, though Sata’s fortunes dimmed when his alliance with smaller opposition parties fell through even before campaigning began.

Banda has touted his economic record, with Zambia now one of Africa’s strongest economies, with growth recorded at 7.6% last year and 6.4% the year before, according to the IMF.

Banda aid
The campaign for his Movement for Multiparty Democracy (MMD) has centred on growth and development, with Banda pointing to new roads and hospitals as proof of his achievements.

Sata, a fiery nationalist whose biting rhetoric earned him the nickname “King Cobra”, has attacked Banda as soft on corruption and criticised him for failing to do more to spread the wealth in a country where 64% of people still live on less than two dollars a day.

The Patriotic Front says if elected they will crack down on corruption and bring back a windfall tax on mining firms in a bid to help more Zambians benefit from the country’s huge copper reserves.

Zambia last year was the largest copper producer in Africa and the seventh-largest in the world.

Despite Sata’s tough rhetoric, analysts expect few major policy shifts if he wins. Once known for his fierce criticism of China’s growing presence in the country, Sata has more recently said that he would work with foreign investors, including Chinese. — AFP