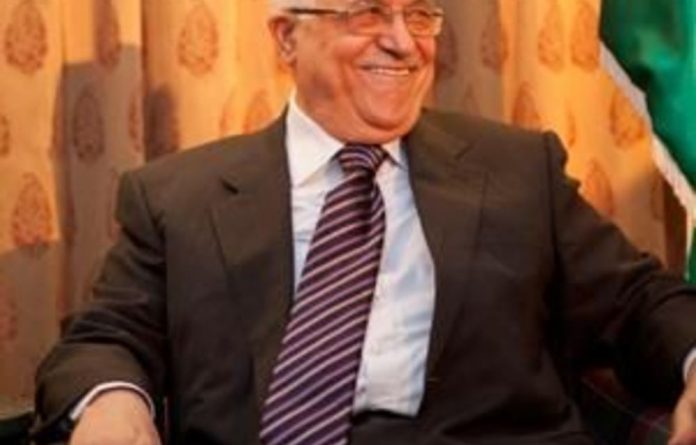 International efforts to forestall a showdown in the United Nations Security Council over the declaration of a Palestinian state are solidifying around a plan for the Palestinian leader, Mahmoud Abbas, to submit a request for recognition but for a vote on the issue to be put on hold while a new round of peace talks is launched.

The deal is being pushed by the Middle East “Quartet” of the UN, European Union, United States and the Russian Federation, which is attempting to persuade Abbas to back away from a diplomatic confrontation with Washington, which says it will veto the Palestinian bid.

Obama is expected to meet the Palestinian leader at the UN on Wednesday as Abbas comes under intense pressure from the US and Europe to compromise.

Diplomats said the proposed compromise would see Abbas submit his letter to the Security Council, which would then defer action. In parallel, the Quartet would issue the framework for renewed negotiations that would include a timeline for the birth of a Palestinian state.

The deal is intended to permit Abbas to follow through on his commitment to Palestinians to seek recognition for an independent state at the security council, a pledge he could not abandon entirely without considerable damage to his already battered leadership.

If the proposals under discussion come to fruition, Abbas could claim a victory for the Palestinians by saying he has achieved his principal goal in going to the UN of breaking the deadlock that has seen no serious movement towards a Palestinian state in years.

Unresolved issues
However, diplomats warned that a number of issues remain unresolved, including a Palestinian demand that the statement include a requirement that Israel halt construction of Jewish settlements in the occupied territories.

Israel’s position is unclear. Its prime minister, Benjamin Netanyahu, arrives in New York on Wednesday and has appealed for immediate talks with Abbas but without preconditions.

Diplomats said negotiations were likely to come down to the wire as Abbas plans to submit the request on Friday.

“The Palestinians are open to a way out of this,” said a diplomat with knowledge of the negotiations. “But they can’t abandon the security council vote without something to show. The question is how to turn this to their advantage. If the result is that there is a serious push to make peace talks work, then that’s a win for the Palestinians. I think everyone involved in this — the Americans, the Europeans — would like to see that happen.”

Husam Zomlot, a Palestinian spokesperson, said Abbas remains committed to submitting the Palestinian request to the Security Council but he noted that the intention behind the move was to break the deadlock in the peace process, which may now be happening.

“There is absolutely no contradiction whatsoever between our quest for United Nations full membership and any possible negotiations. In fact, we see them as very very complementary. We are seeking this to provide any future bilateral process with sufficient multilateral cover where we don’t waste another 20 years,” he said.

The proposals under discussion would have the Quartet statement say, at the Palestinians’ behest, that the goal is a Palestinian state based on the borders at the time of the 1967 war that led to the occupation of East Jerusalem, the West Bank and Gaza. It will also meet an Israeli demand by saying that talks will result in two countries with Israel as a Jewish state.

A Palestinian official acknowledged the plan was a focus of discussion with the Quartet although he cautioned that the leadership is concerned to ensure there is real momentum and that Israel is not permitted to drag out negotiations.

Abbas has come under intense pressure from the US and European nations to avoid forcing Washington to wield its veto. The British foreign secretary, William Hague, and the French president, Nicolas Sarkozy, met the Palestinian leader on Tuesday to press him to reopen talks.

Punitive threat
Nabil Shaath, a senior member of Abbas’s delegation to the UN, said the US has attempted to dissuade the Palestinians from going to the Security Council with the threat of punitive measures. He did not say what they might be although there are demands in Congress for the $500-million in US aid to the Palestinian Authority to be cut.

The Palestinians are also under pressure because it is far from certain they will win the necessary nine votes in the Security Council to win recognition. The US has been using its influence to get some security council members to abstain in the hope the Palestinians will lose the vote and that the US veto will not be required.

Nonetheless, Abbas can claim a diplomatic success in forcing the most serious effort to kickstart peace negotiations in years. The US insistence that it will veto the Palestinian bid for membership in the security council has strengthened the hand of European governments, which have generally be sidelined by Washington in the Middle East peace process.

Britain and France in particular, as permanent members of the security council, have attempted to use their votes as a bargaining chip in dealings with Abbas by suggesting that they could support a move to give the Palestinians greater recognition in the UN General Assembly if a vote is not forced in the Security Council.

However, diplomats cautioned that the plan is far from complete and that obstacles remain. – guardian.co.uk

Palestinian flag raised at the UN: Symbol of ‘hope’ no substitute for a state

Fear and bluster in Congress