Theophilus London: Man of many genres 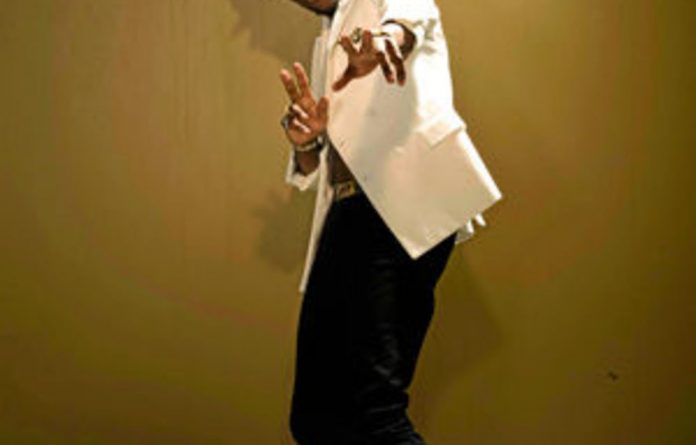 In one of the interviews at last year’s Pan African Space Station festival in Cape Town, co-curator Neo Muyanga asked visiting hip-hop artist Georgia Anne Muldrowe what radio sounded like in her Los Angeles home base. She replied with the lyrics: “Baby don’t hurt me, no more,” mimmicking the hook to Haddaway’s hit What Is Love. “If you’re rapping,” she continued, “then it’s half ‘baby don’t hurt me’.”

Although it doesn’t quite capture Brooklyn artist Theophilus London’s musical aesthetic, the tongue-in-cheek statement does encapsulate the current era in hip-hop, in which the genre has been rerouted to its roots and any meaningful commentary about the era it exists in has receded into the background.

It’s a terrain London mines expertly. A case in point is the closing moments of the video for I Stand Alone, a song off his debut album Timez Are Weird These Days, in which London dances shirtless, holding the Star-Spangled Banner behind his back with both hands as if about to don it as a cape.

It’s an awkward moment of naive, even incongruous patriotism as the song itself purports to make some muted pacifist statements, and the video celebrates the idyllic, even self-indulgent moments of stardom in the United States.

“You have to have a patriotic sense inside of you to make it anywhere, I think, or just a kind of confidence,” says the Trinidadian-born master of ceremonies by phone from New York City.

As confusing as it all is, it’s a fitting portrayal of who he is: a dilettante par excellence, walking the fine line between being pimped by the system and pimping it.

His ascent to fame is attributable not only to his astute branding wizardry (which has included several high-profile brand endorsements and fashion collaborations) but also to his all-encompassing reach. The cover of his latest record, for example, features him in a black borsalino hat, matching slim-fit pants, blazer and leather boots — gold dripping from every angle.

It oozes all-American appeal, rendering him at once a cowboy, a space-age pimp, a classic soul singer, a rock star and the new sheriff in town. The image, taken by Jonathan Mannion, also captures his personality: man of the moment, fashionista and superman lover.

It’s an image that has been carefully cultivated over the course of three epochal, downloadable mixtapes, in which, typically, London rode the varying soundscapes from Michael Jackson’s Jam to Amadou and Mariam’s Sabali and perhaps, most memorably, Marvin Gaye’s I Want You.

In each he placed himself in a guest slot that didn’t overshadow the role of the initial artist he’d gatecrashed, cementing his reputation of effortlessly embodying different eras of popular culture.

In Timez Are Weird These Days, the same feel is achieved with a more singular new-wavy sound, carved by producers such as rock band TV on the Radio’s Dave Sitek, John Hill (Santigold) and Jocko. Lyrically, there’s the requisite braggadocio about rising to the top of the heap, tales of love on the go, raucous parties with tragic viral video results and fractious relationships. It seems London made the transition from DIY internet MC to major-label star unscathed.

“It’s not like I’m jumping into stark territory,” he says. “You gotta be on top of it, gotta know what you wanna do and who you want to reach and how you wanna reach them. I know that and I know where I want to go next and I’m having a great time.”

London’s hip-hop significance lies more in his smart, techo-savvy hustle and his filtering of multifarious influences, which the show he is headlining at South Africa Str.Crd 11 celebrates.

“We got Theophilus because you can’t really categorise his music. It has elements of rock, new wave, electro and hip-hop,” says event co-founder Hardy McQueen. “In the same way there are many elements that make up the pillars of urban street culture. These scenes don’t normally interact. The show is creating a platform for them to interact.”

Theophilus London plays at Str.Crd in the Maboneng Precinct on September 24. He will be supported by international acts Va$htie and Masta Lee, as well as local artists including BLK JKS, Khuli Chana and Desmond and the Tutus. For more information go to strcrd.com