The importance of being Ernie 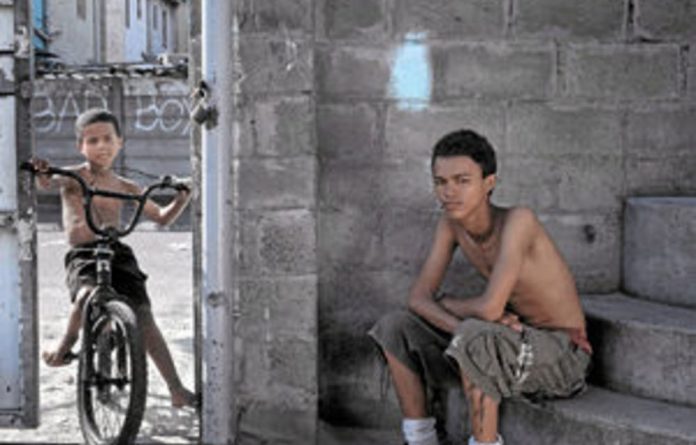 Gordon Clark’s latest work, The Ernie Lastig Occurrence, reveals life on the Cape Flats and the inevitable journey from childhood to the gangster world that many of the youth here traverse.

Ernie Lastig Solomon, a notorious high-ranking gangster, is our guide here, his journey laid carefully before us. Returning this hardened man to a childlike state, within the vulnerable context of his family homestead, Clark reveals Solomon’s strained attempt to go back to his beginnings, perhaps even to seek redemption.

Photographer Gordon Clark’s latest work reveals life on the Cape Flats, where youth are pulled into the gangster world. Notorious high-ranking gangster Ernie Lastig Solomon is the conduit through which this story is told.

True to his usual style, Clark’s deeply personal journey with his subject means he is able to offer us something at once real and imaginative. Venturing into the artistic and the theatrical, Clark’s sensitive but unflinching treatment of his subject allows us the privilege of getting inside a world — and a man — we would otherwise have little or no access to.

What intrigued you about Ernie Lastig Solomon as a subject?
He was a notorious Godfather/Al Capone kind of character within the gang world and he had a weighty reputation. I wanted to challenge myself with him and get the infamous “Ernie the Terrible” — as he was called when he was younger — to open up and reveal himself through the work. I didn’t care if I was blurring the line with a so-called criminal; I wanted to discover this other world.

Tell us about the treatment of the work.
I wanted this to be more than just a series of portraits. I embarked on a theatrical journey with Ernie. He played the part of the conduit, through which light was thrown on to this world. The work started with illuminating the behavioural language of the Cape Flats, how the children are drawn into the drugs and the gangs, the commonality of violence and prison. As an artist I wanted people to see what that world is about and, instead of judging it, compare it with their own behavioural language.

A large part of the series was shot at Ernie’s family homestead in Wuppertal outside Cape Town. There I saw another side of Ernie — the way in which he looked after and related to everyone at home. It was like he wanted to preserve that childhood space, to reclaim it. That’s what inspired the idea of putting him in his little red shorts and playing him as a child. Wuppertal is such a pure space, a place before all of Ernie’s darkness.

How did you and Ernie relate to one another during this process?
The dynamic between us evolved and strengthened during the process. He’s a control freak. I guess taking control is really how he’s survived, so I had to break down that barrier. Whenever he interrupted my instructions, and I told him to leave it to me, he would apologise so sweetly — it was very funny. Every time we got together we had what I called the “half-an-hour-Ernie” — it was almost like a therapy session where I allowed him to just open up. We would ultimately come up against barriers, which I would want to push further, but Ernie would tell me “we can’t go further with words, but with the pictures we can go further”. So in letting me get the picture he was completely open.

Do you think there can be rebirth and redemption for someone like Ernie?
I don’t think I can pass judgment on that. The work is really more about marking this moment, the occurrence of Cape Flats life in this form. I know that Ernie wants change. He would love to see a different path for youth on the Flats and he feels that any efforts towards effecting change are worthwhile. For all of that, and for engaging with me and bringing me into his world, I honour him. He sees the importance of creating a conversation, which I think is key.

What message does the work carry?
My recent works have explored the hidden side of beauty. I worked in Hollywood for years and I have seen what so-called beauty is. For me, there is no one prettier than anyone else — there is a human being inside each of us. So the lasting value of the work is in the representation of a person in their true form. I see beauty as good and bad, dark and light — these elements are blurred and merged into who we are. Society just tends to focus on the good and the reality of the other is nonexistent in their world; they aren’t familiar with it, so when they are confronted with it they don’t know what to do with it. They just call it “dark”.

The work will be exhibited at the Jo’burg Art Fair, September 23 to 25 at the Sandton Convention Centre.