Palestinians need an audience for their story 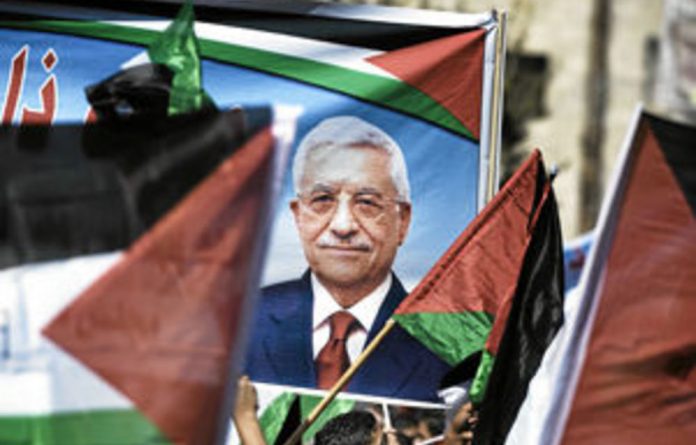 Addressing the Palestinian people from Ramallah, Palestinian Authority (PA) leader Mahmoud Abbas announced last week that the Palestine Liberation Organisation (PLO) would seek recognition in the United Nations Security Council of a Palestinian state within the 1967 borders with Israel.

More than 100 countries, including South Africa, are expected to back Palestine’s claims for statehood at the UN General Assembly on Friday, although the United States is almost certain to veto the bid in the council.

For 63 years Israel has perfected one of the most effective propaganda machines in the Western world. Hasbara, the Hebrew word for propaganda, has become a near religion in Israeli society, with impressive results. Israel’s 44-year-long occupation of the West Bank and Gaza Strip has, until recently, been free of moral challenge from the West. The country enjoys a special relationship with the US in which the superpower provides diplomatic, economic and military cover for virtually every action Israel conducts against the Palestinians.

Israel’s dominance over the narrative of the conflict has been key to its success. The Palestinian people, slow to realise the power of effective narrative control in the West, are breaking free from their relative silence. In 2005 more than 170 Palestinian civil-society organisations endorsed a global and non-violent boycott, divestment and sanctions call on Israel until it complies with international law and grants Palestinians their legitimate rights.

In May last year a flotilla carrying civilian activists from several countries attempted to break the Israeli blockade of Gaza. It resulted in an attack by Israel that left eight Turkish civilians and one American-Turkish civilian dead — an event that drew international condemnation of Israel. Most recently Turkish-Israeli relations have soured as a result of Israel’s unwillingness to apologise for its extreme behaviour.

Despite the relative success of new Palestinian strategies of unarmed resistance against Israel, the PA and the PLO are about to embark on a historic attempt to gain statehood recognition in the UN. Traditionally, Palestinian movements towards liberation and self-determination have sought political avenues, through negotiations, or legal means.

The statehood bid, at its core, demonstrates that the negotiation process between Israel and the PA has failed. The PA and the PLO, instead of reformulating the Palestinian struggle for human and civil rights, are now using the statehood bid to correct the negotiation process and hopefully restart it. Far from communicating with the Palestinian population in the occupied territories and the refugee camps of the region about the statehood attempt, the PA has been reticent about its strategies — and many Palestinians feel ignored.

Such a reorganisation of Palestinian representation could have disastrous effects on the rights of refugees languishing in the squalid camps of Lebanon and Jordan, not to mention those Palestinians confined to the Gaza Strip. Although depriving the refugees of their rights by assuming the sole representation of the Palestinian people, the PA, if successful at the UN, would remain in charge of the vast international aid revenue that pours into Ramallah, further divorcing the city financially from the rest of the occupied West Bank.

The problem facing Palestinians is not the lack of a state, it is the absence of rights. Like the anti-apartheid movement in South Africa or the American civil rights movement, Palestinians are now fully embracing non-violent initiatives that seek to highlight the rights-based nature of the conflict. These initiatives have been organised from the ground up, are largely free of sectarian divisions and represent the most profound displays of Palestinian unity happening on the ground.

Despite the power of these nonviolent pockets of resistance the PA has not, in any meaningful sense, embraced them as a legitimate alternative to negotiations with an Israel keen on building settlements and defying the will of the international community.

Nonviolence is nothing new to the Palestinian struggle, but it has had limited exposure since the second intifada. As writer and activist Arundhati Roy noted: “Non-violence is a piece of theatre; [it] needs an audience.” The challenge facing Palestinians is how to create an audience that understands the rights-based nature of the conflict.

As the Arab Spring sweeps through the Middle East the time for a drastic reformulation of the Israeli-Palestinian conflict is at hand. With the proliferation of social media in the West Bank and Gaza the Palestinians face one of their best opportunities to capture the hearts and minds of the international community by controlling the perception of the conflict rather than allowing it to be dictated by Israeli hasbara.