Roll over Einstein: Particles found to break speed of light 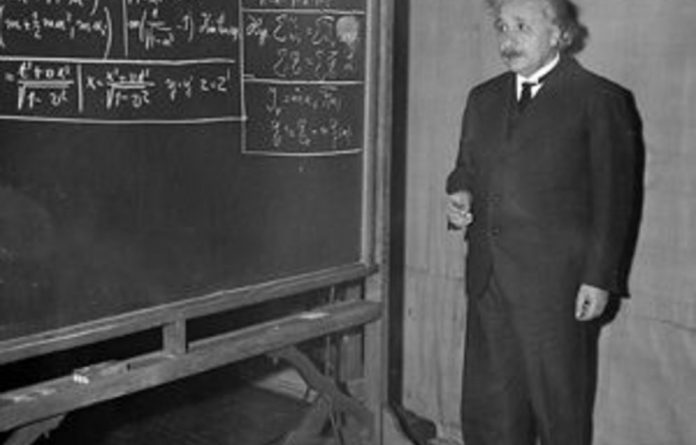 A startling discovery by one of the world’s foremost laboratories that a sub-atomic particle seemed to move faster than the speed of light has scientists around the world rethinking Albert Einstein and one of the foundations of physics.

Already they are planning to put Einstein and the new finding to high-speed tests to see if a revolutionary shift in explaining the workings of the universe is needed — or if the European scientists made a mistake.

Researchers with Cern, the European Organisation for Nuclear Research, who announced the discovery on Thursday are still somewhat surprised themselves and planned to detail their findings on Friday.

If these results are confirmed, they won’t change at all the way we live or the way the universe works. After all, these particles have presumably been speed demons for billions of years. But the finding will fundamentally change our understanding of how the world works, physicists said.

Only two labs elsewhere in the world can try to replicate the results of the world’s biggest physics lab. One is Fermilab outside Chicago and the other is a Japanese lab put on hold by the tsunami and earthquake. Fermilab officials met on Thursday about verifying the European study and said their particle beam is already up and running. The only trouble is that the measuring systems aren’t nearly as precise as the Europeans’ and won’t be upgraded for awhile, said Fermilab scientist Rob Plunkett.

“This thing is so important many of the normal scientific rivalries fall by the wayside,” said Plunkett, a spokesperson for the Fermilab team’s experiments. “Everybody is going to be looking at every piece of information.”

Plunkett said he is keeping an open mind on who will be right, Albert Einstein or Cern, but he added: “It’s dangerous to lay odds against Einstein. Einstein has been tested repeatedly over and over again.”

Going faster than the speed of light is just not supposed to happen. The speed of light’s 299 792km per second has long been considered the cosmic speed limit. And breaking it is a big deal, not something you shrug off like a traffic ticket.

“We’d be thrilled if it’s right because we love something that shakes the foundation of what we believe,” said famed Columbia University physicist Brian Greene. “That’s what we live for.”

The claim is being greeted with scepticism inside and outside the European lab.

“The feeling that most people have is this can’t be right, this can’t be real,” said James Gillies, a spokesperson for Cern, which provided the particle accelerator to send neutrinos on their breakneck 726km trip underground from Geneva to Italy. France’s National Institute for Nuclear and Particle Physics Research collaborated with Italy’s Gran Sasso National Laboratory for the experiment, which has no connection to the Large Hadron Collider located at Cern.

Gillies told the Associated Press that the readings have so astounded researchers that “they are inviting the broader physics community to look at what they’ve done and really scrutinise it in great detail”.

Revolutionary discovery
Going faster than light is something that is just not supposed to happen according to Einstein’s 1905 special theory of relativity — the one made famous by the equation E equals mc².

It is “a revolutionary discovery if confirmed”, said Indiana University theoretical physicist Alan Kostelecky, who has worked on this concept for a quarter of a century.

Einstein’s special relativity theory that says energy equals mass times the speed of light squared underlies “pretty much everything in modern physics”, said John Ellis, a theoretical physicist at Cern who was not involved in the experiment. “It has worked perfectly up until now.” And part of that theory is that nothing is faster than the speed of light.

Cern reported that a neutrino beam fired from a particle accelerator near Geneva to a lab 730km away in Italy travelled 60 nanoseconds faster than the speed of light. Scientists calculated the margin of error at just 10 nanoseconds, making the difference statistically significant.

Given the enormous implications of the find, they spent months checking and rechecking their results to make sure there were no flaws in the experiment.

A team at Fermilab had similar faster-than-light results in 2007. But that experiment had such a large margin of error that it undercut its scientific significance.

If anything is going to throw a cosmic twist into Einstein’s theories, it’s not surprising that it’s the strange particles known as neutrinos. These are odd slivers of an atom that have confounded physicists for about 80 years.

The neutrino has almost no mass, it comes in three different “flavours”, may have its own antiparticle and even has been seen shifting from one flavour to another while shooting out from the sun, said physicist Phillip Schewe, communications director at the Joint Quantum Institute in Maryland.

Fermilab team spokesperson Jenny Thomas, a physics professor at the University College of London, said there must be a “more mundane explanation” for the European findings. She said Fermilab’s experience showed how hard it is to measure accurately the distance, time and angles required for such a claim.

Nevertheless, the Fermilab team, which shoots neutrinos from Chicago to Minnesota, will go back to work immediately to try to verify or knock down the new findings, Thomas said.

Drew Baden, chairperson of the physics department at the University of Maryland, said it is far more likely that there are measurement errors or some kind of fluke. Tracking neutrinos is very difficult, he said.

“This is ridiculous what they’re putting out,” Baden said, calling it the equivalent of claiming that a flying carpet is invented only to find out later that there was an error in the experiment somewhere. “Until this is verified by another group, it’s flying carpets. It’s cool, but …”

So if the neutrinos are pulling this fast one on Einstein, how can it happen?

Stephen Parke, who is head theoretician at the Fermilab said there could be a cosmic shortcut through another dimension — physics theory is full of unseen dimensions — that allows the neutrinos to beat the speed of light.

Indiana’s Kostelecky theorises that there are situations when the background is different in the universe, not perfectly symmetrical as Einstein says. Those changes in background may change both the speed of light and the speed of neutrinos.

But that doesn’t mean Einstein’s theory is ready for the trash heap, he said.

“I don’t think you’re going to ever kill Einstein’s theory. You can’t. It works,” Kostelecky said. Just there are times when an additional explanation is needed, he said.

If the European findings are correct, “this would change the idea of how the universe is put together”, Columbia’s Greene said. But he added: “I would bet just about everything I hold dear that this won’t hold up to scrutiny.” – Sapa-AP