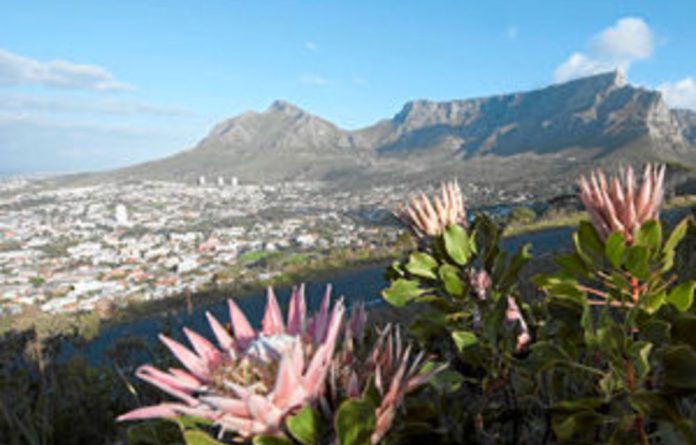 Promoted by a number of meetings, and its foundational act, the National Heritage Trust (NHT) has compiled a position paper that reflects its view on policy development to mainstream heritage in development.

The position paper makes recommendations for future research and policy development initiatives to be undertaken to develop a policy framework on mainstreaming heritage development, particularly social development. The theme cuts across various government departments and agencies and is therefore complex. Many divergent opinions exist regarding the interaction between heritage and development.

Framework
The recently released paper is limited to a conceptual framework and the identification of future research and processes to require a more complete policy framework. The departure point is that the heritage sector should be aligned with the developmental mandate of the South African government, which is based on both the Constitution and the medium-term strategic framework (2009-2014) entitled Together doing more and better.

The paper also aims to redirect heritage resource management towards current international practice, based on an integrated environmental and spatial approach. Currently, South Africa’s heritage sector is dominated by concepts such as memorials and museums developed before 1994 by the National Museum Council. Hence heritage resource practice does not reflect fully the opportunities created by the South African National Heritage Resources Act (aka NHR Act 25 of 1999) to introduce proactive integrated spatial approaches in response to threats to particular sites. The sector has to reposition itself as a significant and irreplaceable asset to society.

Development
The position paper makes it clear that although heritage is a contributor to development, heritage management and conservation should not limit heritage practice to development programmes and projects.

Development goals include the development of a society that enables its citizens to lead fulfilling lives. Social programmes, including heritage, contribute to the development of such a society by nurturing and supporting a society that allows citizens to innovate and contribute to national wellbeing, the paper states. It hopes to create an environment in which heritage is acknowledged as an asset. In the context of heritage conservation the paper takes the broader approach to include empowered communities. ‘Heritage conservation should not only be considered in terms of economic and physical development. [It should also consider] human development and creating a cultural environment that informs development strategies,” the paper concludes.

From this perspective, development can take place only as people become actively involved in development processes, something the paper encourages in terms of heritage development.

What is heritage?
A number of forms on heritage exist, including cultural, living and geoheritage. Unesco defines heritage in terms of both tangible and intangible culture. Cultural heritage includes monuments (architectural works, sculptures, paintings), groups of buildings and specific sites, such archeologically important areas. The same convention identifies natural heritage as natural features as plants, geological or physiological formation that form part of the habitat of threatened animals and plants, or natural sites that have value to science, conservation and natural beauty.

These definitions are in the process of being redefined to better reflect the historic urban landscape approach. This approach deals with a site in its broader context. It includes land use patterns, spatial organisation, social and cultural values, visual relationships, topography and other natural features, geomorphology, vegetation and all elements of the urban structure.

It also includes dynamic processes, economic aspects, intangible dimensions of heritage and aspects of cultural diversity and identity. This approach can be adapted for rural settlements.

The Act does not define heritage as such, but provides a detailed description of nationally important items (called the national estate — see box), which includes both cultural and natural heritage. Living heritage is defined in the national policy on South African living heritage as ‘cultural expressions and practices which form a body of knowledge and provide for continuity, dynamism and meaning of social life to generations of people as individuals, social groups and communities.

Living heritage allows for identity and a sense of belonging as well as an accumulation of intellectual capital for current and future generations in the context of mutual respects for human, social and cultural rights.” (See box)

The Geological Society of South Africa defines geoheritage as places and sites of geological importance that are recognised and preserved as outstanding natural sites. In South Africa geoheritage includes the vast and unique mineral deposits that have been instrumental in fuelling the country’s economic development.

It is clear that heritage is a broad concept that includes both cultural and natural elements that can be tangible and intangible. The paper defines heritage as being about ‘what is valued as significant in — cultural, socioeconomic, aesthetic, historical, scientific terms. Heritage can be produced by people or be natural features that have meaning to humans.”

Contributions
Heritage is seen as contributing to economic development in a number of ways. These include:

The policy recommendations cover a number of these areas. It includes calls for greater co-operation at an executive level between government departments to ensure the integration of heritage policy and programmes with that of other departments, such as tourism, trade and industry, social development, science and technology, co-operative governance and traditional affairs, environmental affairs and energy and minerals, plus their provincial and local counterparts.

It calls for a number of research initiatives, including research to understand better the impact and role of heritage in society, the compilation of a national high-level (and ultimately a detailed local) database of tangible and intangible heritage, research into the planning legislation and regulations that affect heritage, a review of heritage resource management authorities and legislation, studies to compile a business plan for the development of a skilled conservation and restoration sector and the development of a detailed database of heritage-related research across South Africa, to be made generally available.

In addition, the paper suggests the review of training requirements within the heritage sector, ensuring the heritage sector is suitably capacitated to fulfil its mandate, partnerships with other government departments, the development of programmes and guidelines for promoting tolerance and intercultural dialogue through heritage experiences and assistance in developing educational programmes to support creativity and innovation.

We are able to achieve meaningful social change better, and faster, if we act together
Read more
Opinion

Our economy may have doubled since 1994, but this growth has not trickled down to improve the livelihoods of the majority of South Africans
Read more
Opinion

Children must be able to read with comprehension about their heritage