The wheels came off, but Rea Vaya’s ready to roll again 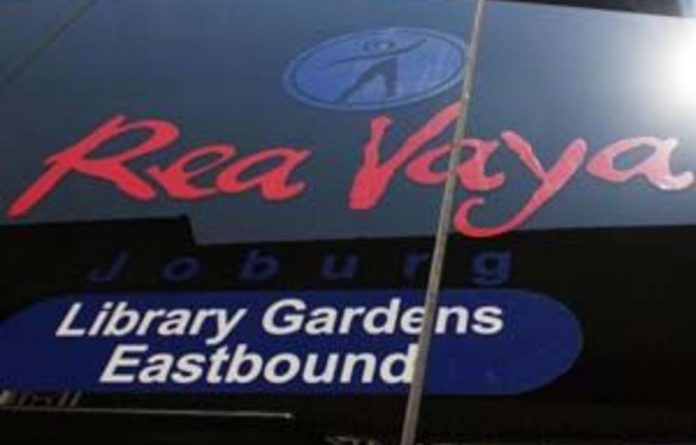 The City of Johannesburg faces an uphill battle to get its Rea Vaya bus service back on track after nearly two months of industrial action by the service’s drivers.

It was announced on Tuesday that PioTrans, the bus service’s operator, had reached an agreement with striking drivers, and that services would be returning to normal later in the day.

When the drivers do fire up their engines, it will be for the first time since August 1, when the strike began.

The agreement includes a basic salary of R6 550, a once-off payment of R1 500 for returning to work, the introduction of a provident fund and a guaranteed 13th cheque.

The city hopes that, as drivers return to their posts, the estimated 40 000 passengers affected by the strike will stream back to the Rea Vaya service — although it concedes this won’t be easy.

“We are going to have to work really hard to explain what went wrong. Getting back to one million passengers served monthly by Rea Vaya is going to take a collective effort,” said Rehana Moosajee, a member of the mayoral council, told reporters.

Unconvinced customers
But, it might take a little bit more than an explanation to lure commuters back to a service they have branded “unreliable” and “ineffective”.

Many say they will continue using other modes of transport until they can trust Rea Vaya to provide a decent service — even if it means a longer commute on minibus taxis and metro train services.

“It’s a bad service. I am always forced to stand when I get into the bus and am have to wait for anything up to an hour for a bus to come along,” said commuter Keabetswe Rametsi. “At least with taxis, they are fast and you’ll get there.”

Some, however, feel they will have no choice but to return to using the service.

Kanohelo Mohapi says that during the strike she has had to take two taxis to make her daily commute from Diepkloof, which comes to R3 more than she usually pays for the journey on Rea Vaya.

“Based on where I stay, I don’t have any alternative but Rea Vaya, but I don’t look forward to returning. I am scared of what type of service they will provide because they aren’t reliable,” Kanohelo Mohapi told M&G.

Increased competition
In spite of commuters remaining sceptical about using the bus service again, some taxi drivers are worried about the return of competition to the market.

“It’s busy without them [Rea Vaya] and we’ve been making money. We can still make a living with them there but it was a good time,” said Sox Khohliso, a taxi driver operating along the same route as Rea Vaya’s service to Diepkloof.

But Khohliso believes that although many drivers are concerned about a loss in earnings, “it’s not a train smash”.

This sentiment rings true with Robert Maluleke, who drives a taxi on one of the feeder routes supplementing the Rea Vaya service.

“We aren’t scared of Rea Vaya and we won’t lose customers. We know that there will always be those that prefer taxis instead of buses and there are even those that use trains. We must all work together,” said Maluleke.

Beset by problems
This is not the first time the R1.6-billion phase 1A section of Rea Vaya, which was completed in time for the Fifa World Cup, has experienced problems in running a reliable service.

Besides previous instances of industrial action in 2010, the service has faced stiff opposition from the taxi industry, which led to violent clashes shortly after the project began in 2009.

Rea Vaya’s next phase, involving the construction of a further 10 stations, is currently under way and will cost a further R1.2-billion to implement.

It is at this stage unclear when this is expected to be completed.

The two countries have rolled out China’s Sinopharm vaccine, but data issues are likely to keep some countries from doing the same
Africa